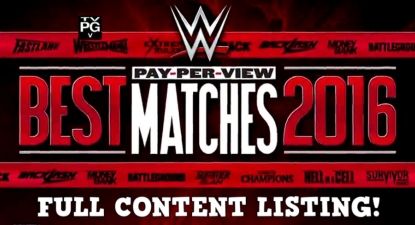 You’ve laid eyes on the cover artwork and the trailer – now it’s time for WrestlingDVDNetwork.com to exclusively reveal the COMPLETE content of the “Best PPV Matches 2016” DVD!

WWE will release the new Home Video compilation worldwide in early 2017 and they’re planning to pack it with full with nearly 20 of the “best of the best” PPV bouts broadcast this year, beginning with Kevin Owens and Dean Ambrose kicking off Royal Rumble with a Last Man Standing Match, running right through to Sasha Banks and Charlotte making history at Hell in a Cell last month.

Along with the matches (which include a couple from Backlash and No Mercy, events not previously released on DVD) will be new video packages that highlight each PPV card and its feuds.

Everything combined, that’s 9+ HOURS of footage, now revealed disc-by-disc below… 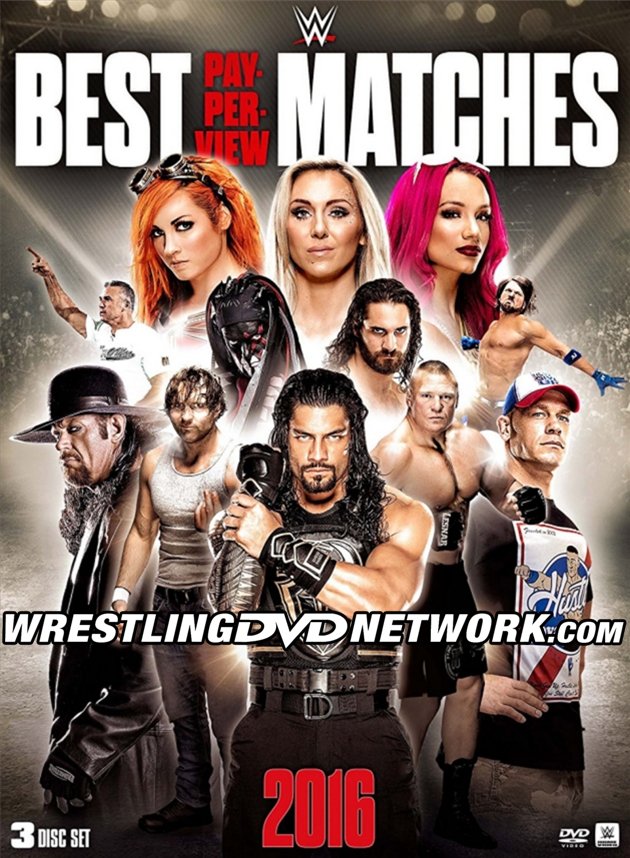 Ladder Match for the Intercontinental Championship
Kevin Owens vs. Sami Zayn vs. Zack Ryder vs. Dolph Ziggler vs. Stardust vs. The Miz vs. Sin Cara
WrestleMania 32 • April 3, 2016

Hell in a Cell Match
Shane McMahon vs. The Undertaker
WrestleMania 32 • April 3, 2016

Money in the Bank Highlights

The Phenomenal One and Big Match John

Match #7 in the Best of Seven Series
Cesaro vs. Sheamus
Clash of Champions • September 25, 2016

Tearing the House Down