The full content and match listing of The History of WWE – 50 Years of Sports Entertainment is now ready to be unveiled!

The DVD and Blu-ray collection contains a 2 hour documentary covering a vast number of topics from the early regional days through to the modern era. The set is complimented with more than 10 matches and a selection of moments.

You can pre-order your copy of “History of WWE” for November 19th by clicking here. Australia gets it one day later, then the UK gets it on December 2nd via WWEDVD.co.uk. 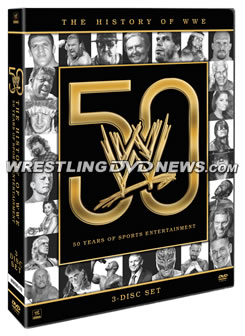 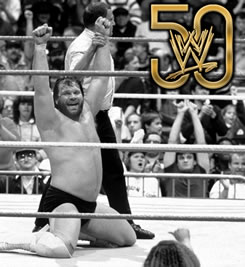 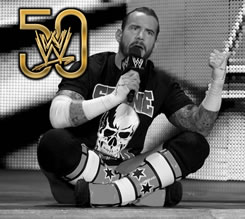 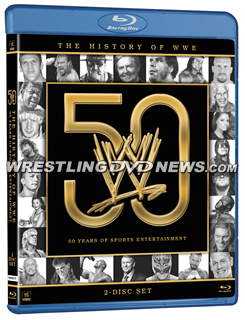 The History of WWE – 50 Years of Sports Entertainment will be released next month on November 19th, and you can pre-order your copy now with Amazon by clicking here.

Just one day later it hits Australia on November 20th over at WWEDVD.com.au.

The UK and Europe get The History of WWE DVD and Blu-ray set on December 2nd at the new home for WWE DVDs and Blu-ray – WWEDVD.co.uk – pre-order today!