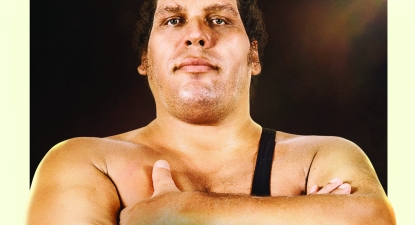 Following on from our exclusive update earlier this week that WWE has a new Andre The Giant DVD in the works for May 2019, it’s time now to take a look at its full content!

“Andre The Giant” will be a single-disc offering (hence why there was no mention of 2 nor 3 discs on the front cover) but it will feature the outstanding HBO documentary in its entirety and special features — 7 Andre The Giant matches in WWE between the years 1978 and 1988.

As of today fans in the UK and Europe can pre-order a copy here on Amazon.co.uk.

The total runtime of the disc content will be exactly 3 hours; let’s take a look at the full chapter listing. 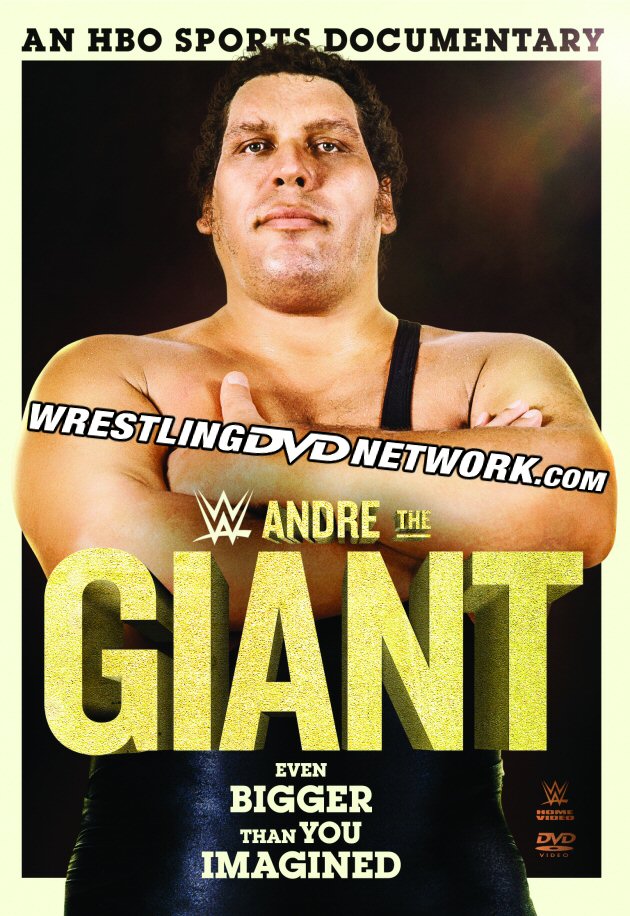 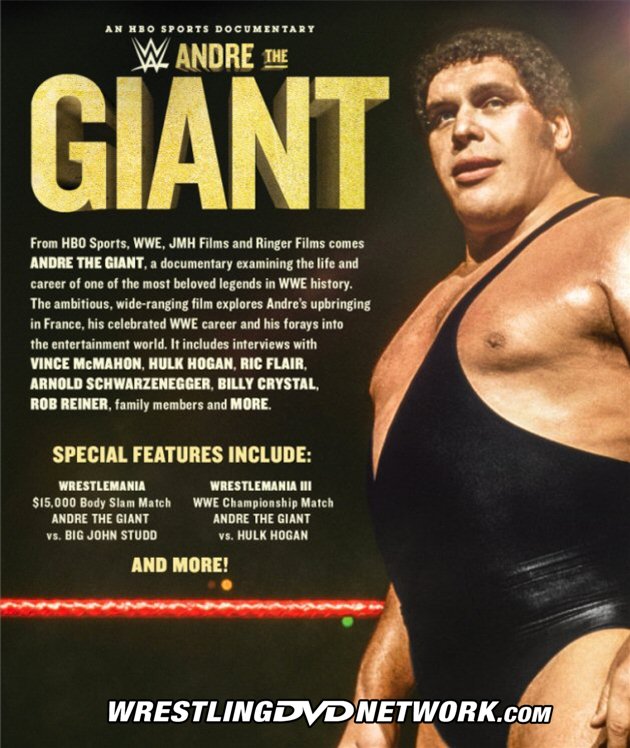 The Home Video release of this past Sunday’s Royal Rumble 2019 has been kicked into gear as WWE just finalized the official cover artwork ahead of the DVD hitting stores this March.

Women’s Royal Rumble winner “The Man” Becky Lynch and Universal Champion Brock Lesnar will grace the front cover in a new version of the Pay-Per-View poster we’ve seen in recent weeks. Brock would defend his title against Finn Bálor, RAW Women’s Champion Ronda Rousey took on the challenge of Sasha Banks, Daniel Bryan put his WWE Championship on the line against AJ Styles, and not forgetting the main event; the traditional men’s Royal Rumble Match. 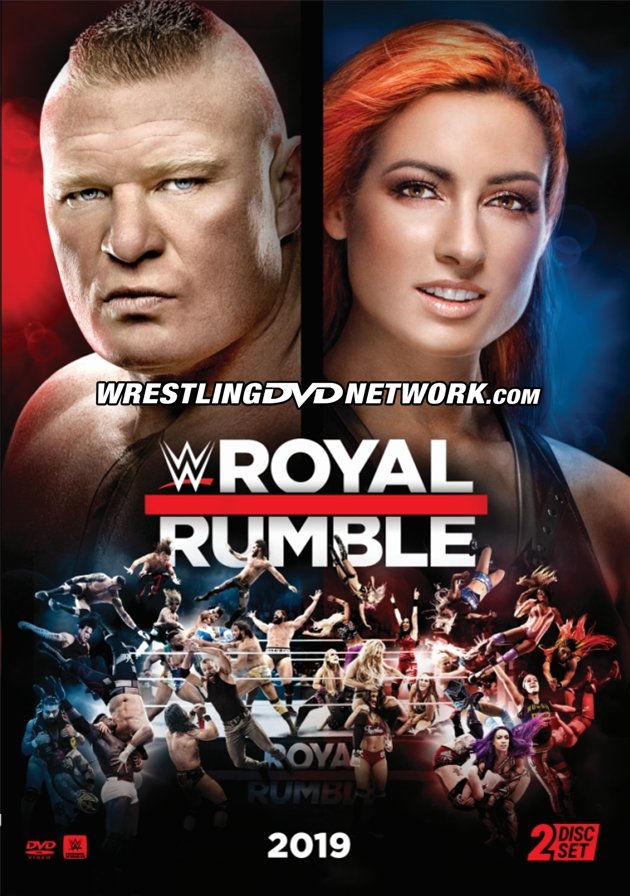 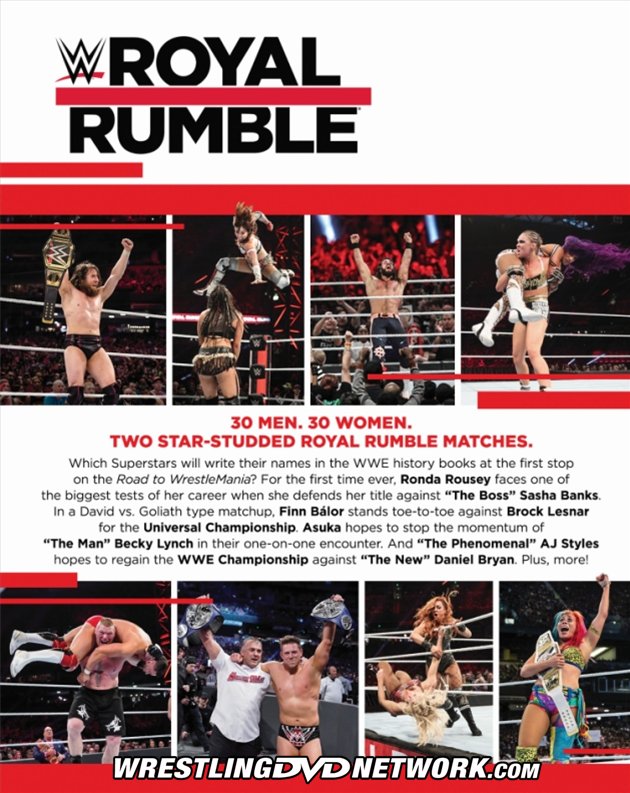 In the UK and Germany, this year’s Rumble will also be available on Blu-ray format!

And there’s not long to wait for it — this European exclusive Blu-ray will also hit stores in March, just 2 weeks after the U.S. release of the Rumble. Head to Amazon.co.uk to see more details. 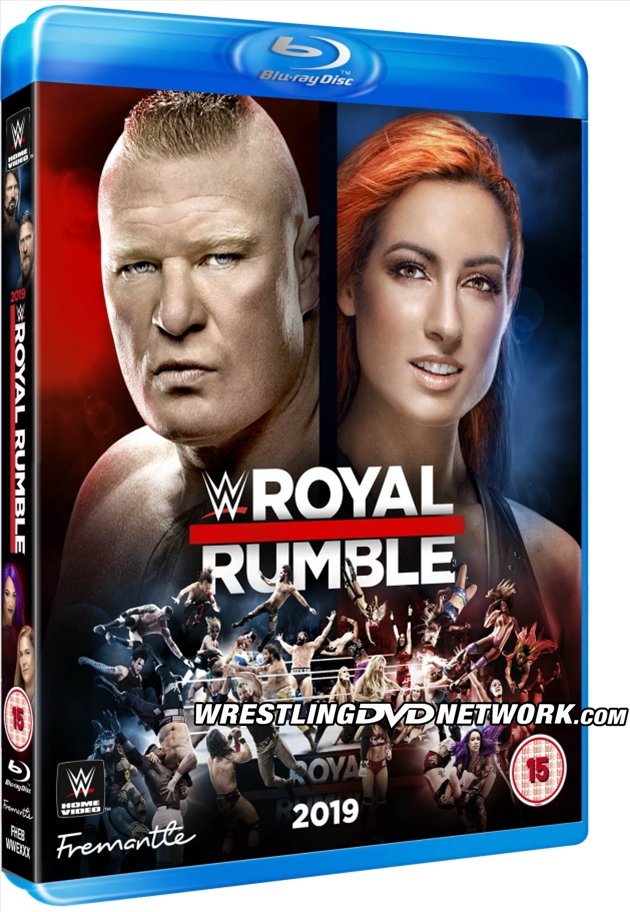 Is there still room in today’s post for ANOTHER announcement? Yes, there is…

…AND HIS NAME IS JOHN CENA!!

The next WWE DVD unveiled for 2019 is “John Cena: Hustle, Loyalty, Respect”. It’s slated to be a 2-disc set and is currently scheduled for release in May.

We’re thinking a match compilation format for this one; possibly a sort of follow up to the 2014 (time flies) “John Cena: Greatest Rivalries” DVD with more of Cena’s most memorable matches, but going off an early synopsis (below) it will likely focus on Cena’s more recent runs with the company as he battles emerging Superstars from the modern era. 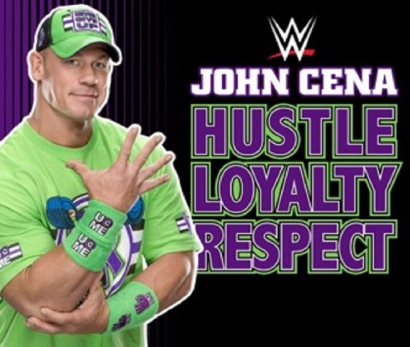