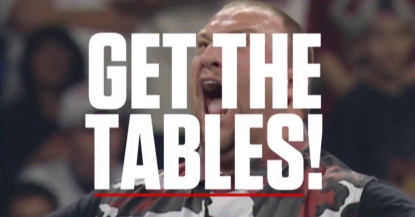 WrestlingDVDNetwork.com shouts “GET THE TABLES!” one last time today as we exclusively reveal the FULL content of “Straight Outta Dudleyville – The Legacy of the Dudley Boyz”.

The 2016 WWE DVD release will pack in a 35-chapter documentary, unseen extras cut from that documentary, interview segments with the Dudleyz, and 22 matches (26 on Blu-ray)!

“Straight Outta Dudleyville – The Legacy of the Dudley Boyz” will release to stores this April. Be sure to check Amazon.com and Amazon.co.uk for your chance to pre-order very soon!