It’s just like old times as this week WrestlingDVDNetwork.com has proudly, and exclusively, revealed not one but two full content listings for incoming WWE DVDs! 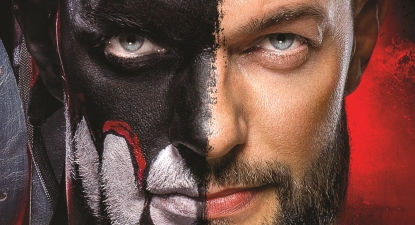 Following the unveiling of the SmackDown 20th Anniversary content line-up, today we’re about find out what matches WWE will be including on the new “Finn Bálor – For Everyone” DVD.

The next Superstar-themed Home Video release will combine 16 of Finn Bálor’s greatest battles from his time in both NXT and WWE between the years 2015 and 2019, along with a brand new interview with “The Demon” himself filmed for the purpose of this DVD feature.

Those matches and the official cover artwork for Bálor’s first WWE DVD all follow below!

“Finn Bálor – For Everyone” is scheduled for release in November 2019 — right now fans in the United Kingdom have the very first opportunity to pre-order this 2-disc DVD here on Amazon.co.uk (only £12.99, pre-order listings for other regions are on the way). 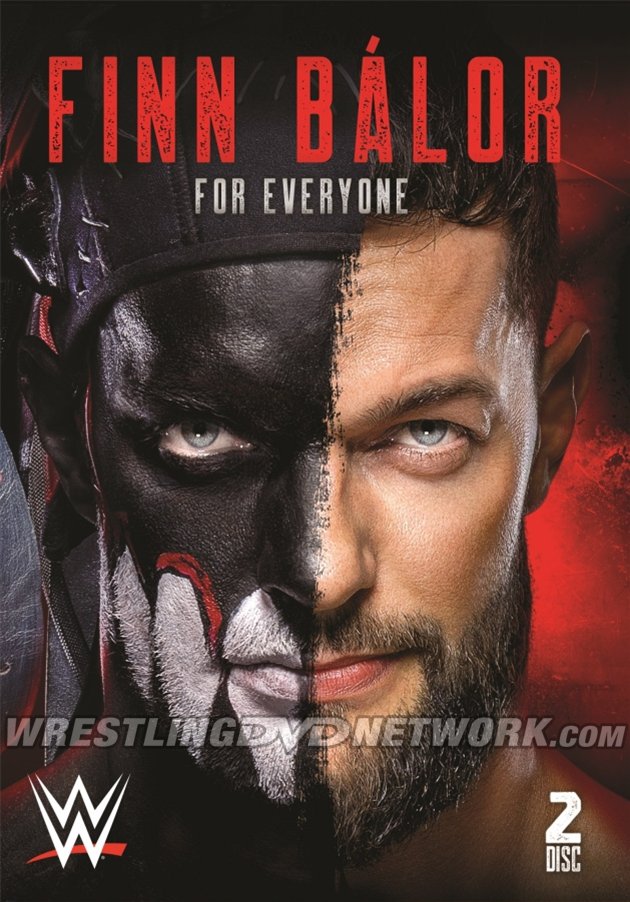 FINN BÁLOR – FOR EVERYONE

Finn Bálor is For Everyone

The Next Cool Thing

The Most Memorable Moment 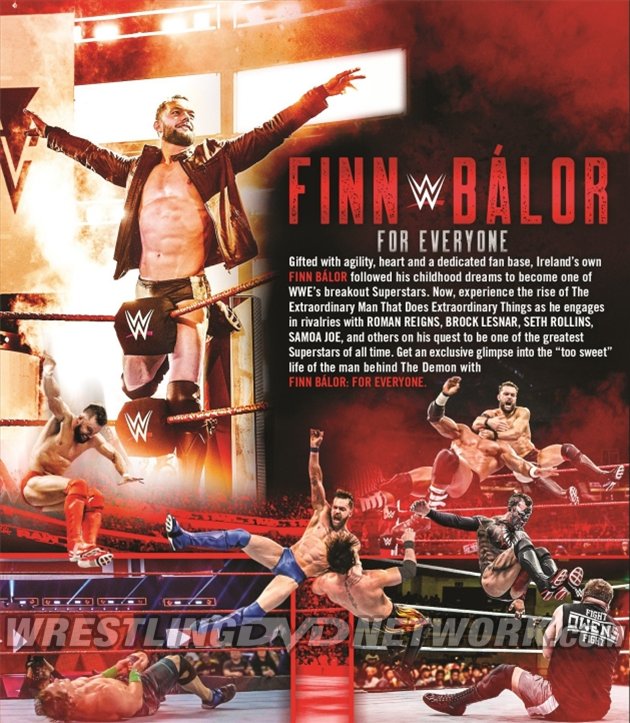 The Club is Back Together

The Grandest Stage of Them All

The Future for Finn Bálor 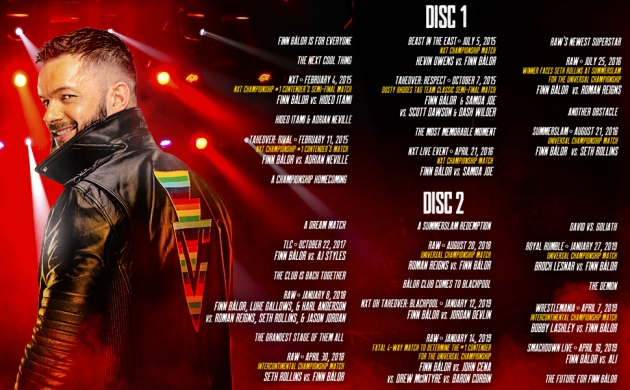