Simply use code “CLOCK” at checkout for your 50% off savings.

Any WWE DVD or Blu-ray on the site works with the deal with the same few exceptions seen in the Half Price WWE DVDs Week earlier this month. The brand new Best of RAW & Smackdown 2013 DVD is working with the code at the time of writing.

As mentioned, the new Best of RAW & Smackdown 2013 DVD has now hit stores across the United States. Below is another look at its artwork. The 3-disc DVD quickly went “temporarily out of stock” here on Amazon.com upon release today.

Australia gets it early next month. The UK gets it in March with an exclusive Blu-ray edition. 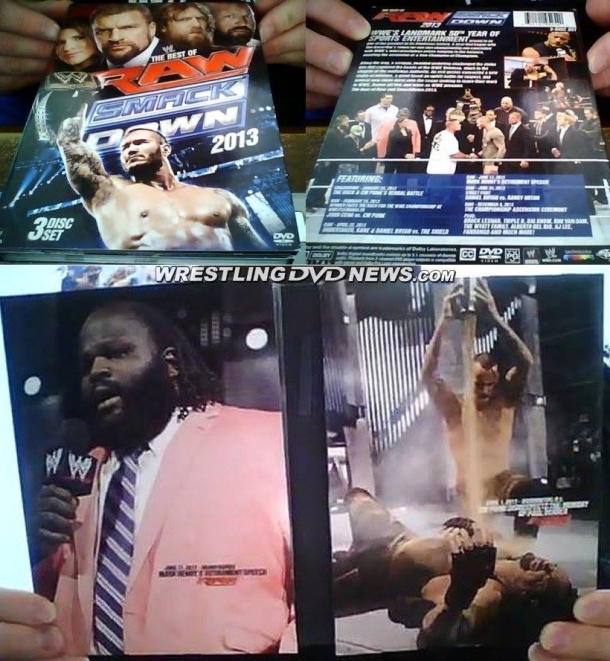 Fans in Europe can now pre-order Royal Rumble 2014 on DVD and Blu-ray here at WWEDVD.co.uk for April release. The cover art and extras are yet to be revealed.

February 25th is the official DVD/Blu-ray release date to the United States.

For anyone still looking to the buy Goldberg “The Ultimate Collection”, WDN reader Jarrett Cox sends word that the DVD has been marked down to just $12.96 in Walmart stores. 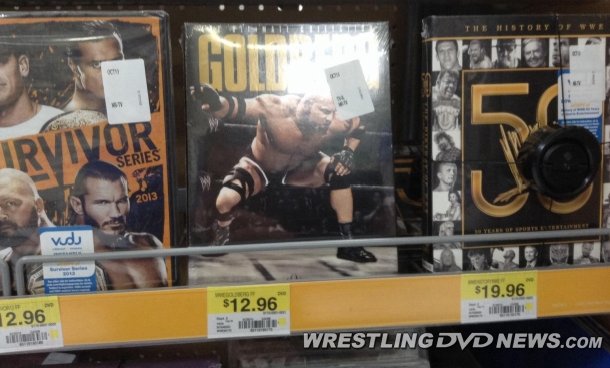 The releases of the TNA Bound For Glory 2013 and One Night Only: Tournament of Champions DVDs in the UK have been cancelled, at least temporarily.

The UK licensee TNADVD.co.uk (Clear Vision) made the following announcement:

We regret to inform you that anyone who ordered the following pre-order titles will be refunded in full in the next few days because these products are affected by production problems in the UK and have been withdrawn from sale for the time being.

Please be assured that all other products available on Clearvision.co.uk are in stock and being sent out in a timely fashion as always. When we have any news on their availability and future releases we will let you know immediately.

Congratulations! You have both been notified by email or Facebook message to arrange your prizes. Stay tuned for more giveaways soon everyone. 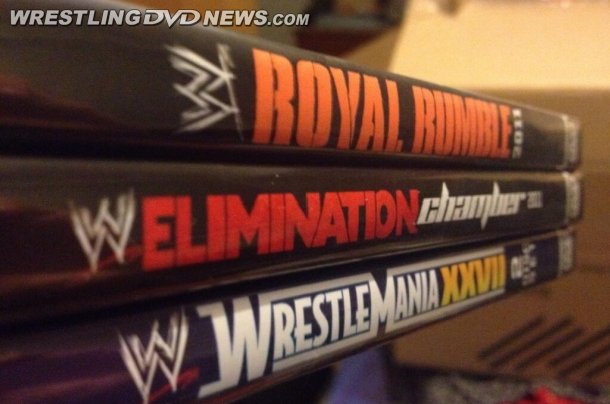