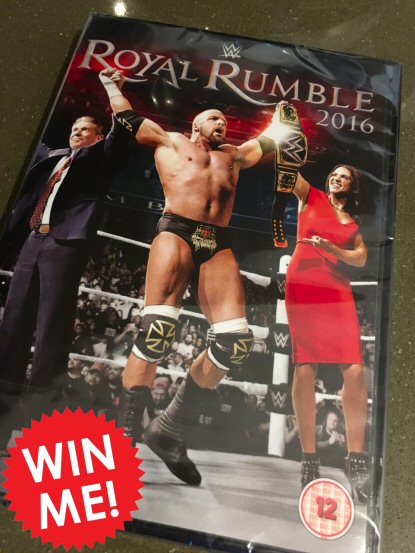 Royal Rumble 2016 hit the UK on DVD and Blu-ray earlier this week… and we’re giving away a copy of it absolutely FREE! If you’d like a shot at winning then join us over on Twitter now.

All you’ve got to do to be eligible to win is retweet this before the coming weekend.

#WIN ME! @WWEHomeVideoUK has released #ROYALRUMBLE 2016 (https://t.co/RkQeJg6XRh). Win the DVD for FREE – *RT* this! pic.twitter.com/qUUhYOfp6o

Last week we revealed that WWE is planning limited edition “Table” packaging for the upcoming “Straight Outta Dudleyville: The Legacy of the Dudley Boyz” DVD.

Here’s a hands-on look at it before the release next month! 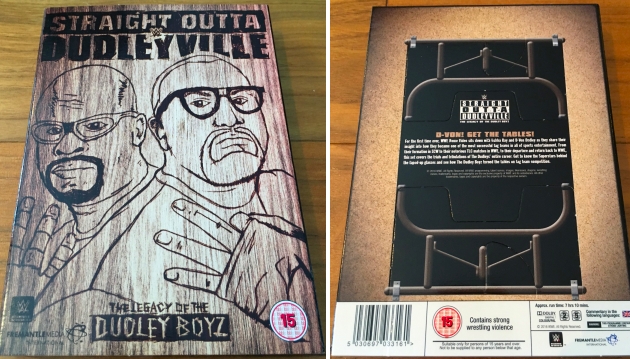 As shown in these exclusive photos, the “Table” is set up using the cardboard slipcover present on the DVD version, with its legs folding out, with the DVD case itself still inside.

The “Table” will only be available during the initial production of the DVD, so pre-order now! 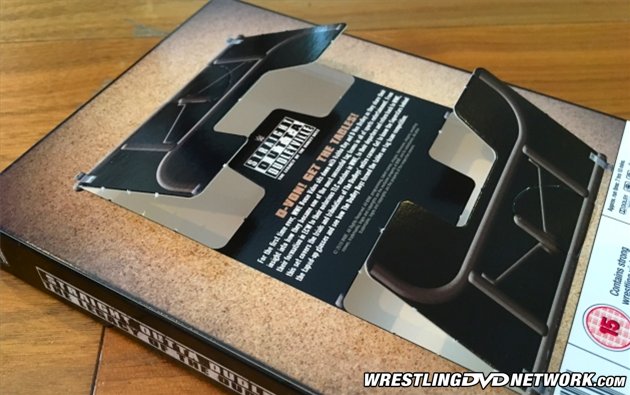 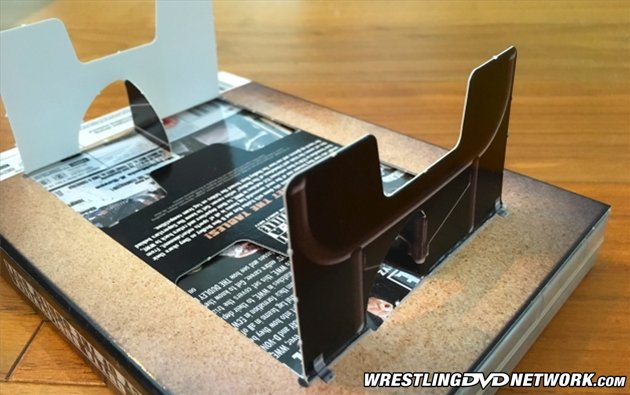 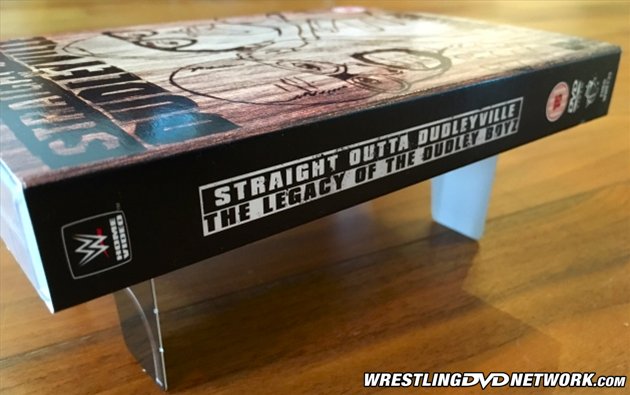 “The Essential AJ Styles Collection” is a 4 disc DVD set which features more than 30 matches totalling over 12 hours. A special thanks to WDN reader “JTwoH” for sharing the pics. 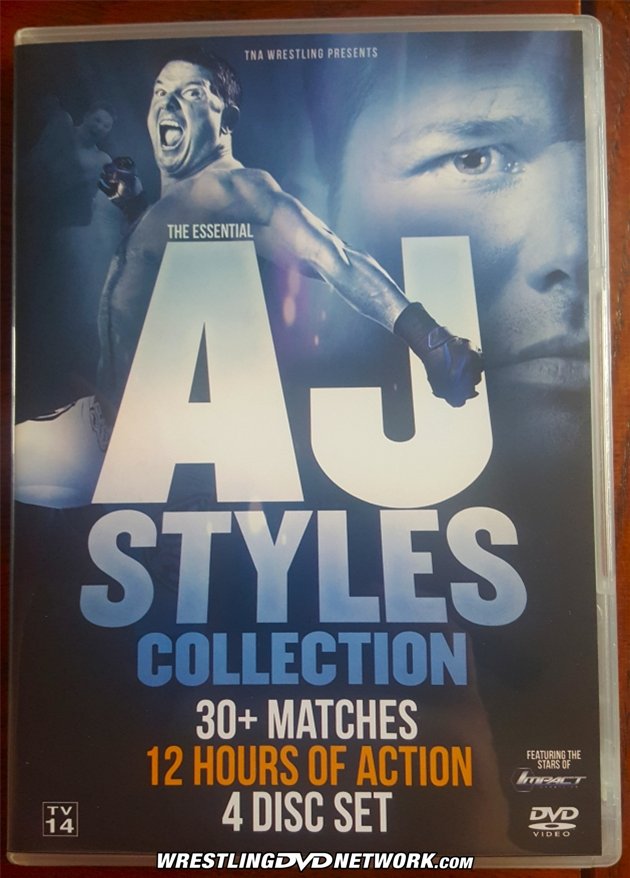 Get a reminder of the complete match listing at the link below: 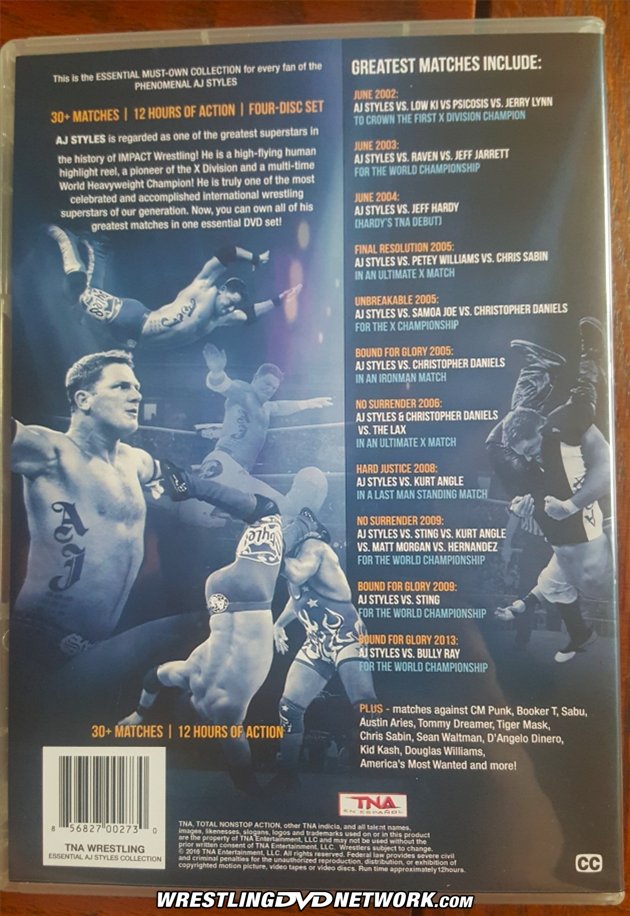 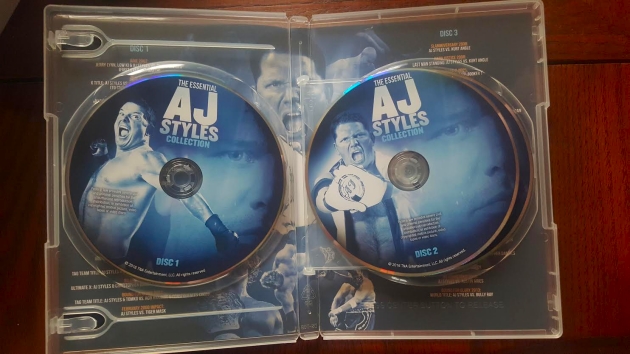 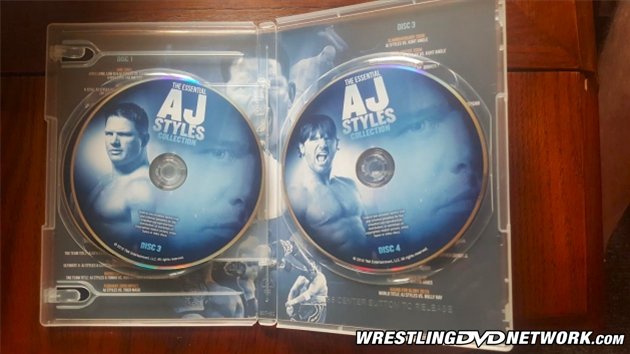 DEALS: Active again right now here on WWEShop.com is promo code “SAVEMORE” which gets you between 20% and 30% savings depending on the spend.

Make some DVD and Blu-ray deals while you can – there’s only 29 of them still listed! 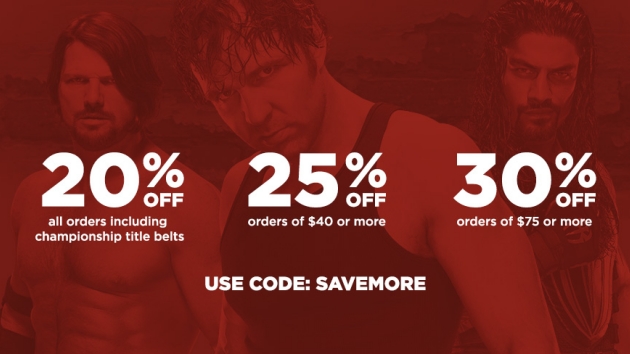 MORE DEALS: There’s a huge 70% off (yes, 70% off!) all WWE DVD and Blu-ray titles still left on the Australian website WWEDVD.com.au. Use promo code “WWESALE”.

The site is closing down soon due to Madman.com.au taking over as the WWE licensee. 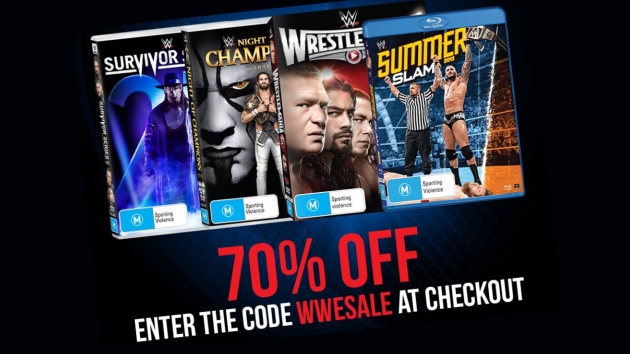 WEEKEND DEALS: There’s a few goodies up for grabs in eBay auctions this weekend – including a lot of 7 WWE DVDs containing some out-of-print titles like “Triple H: That Damn Good”. 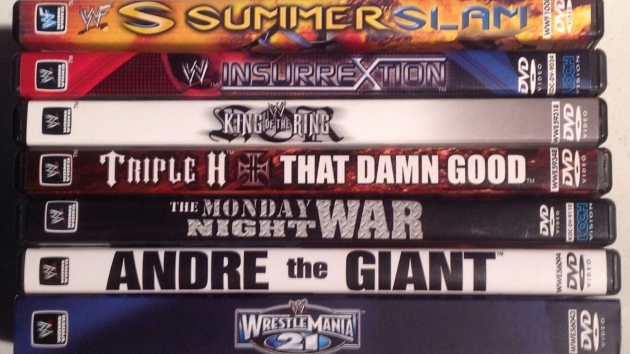