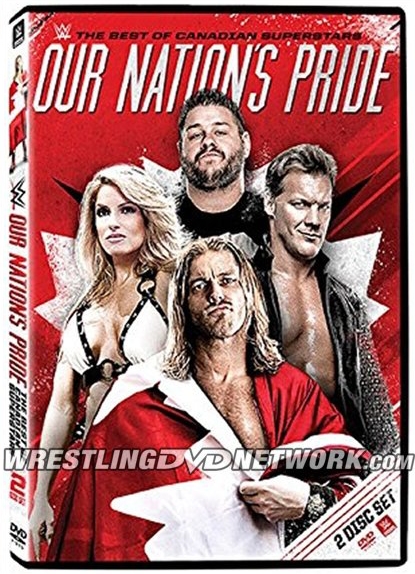 WWE will release “Our Nation’s Pride: The Best of Canadian Superstars” on DVD next week, exclusively to Canada!

These 20 matches were under consideration for its content late last year and by the sounds of the new synopsis revealed below, 10 of them have made the final cut by way of a fan vote.

The WWE Universe has voted, and WWE Home Video has assembled 10 of the most thrilling matches featuring the Greatest Canadian Superstars of all time!

Hosted by announcer and Toronto native Kyle Edwards, this countdown highlights legendary Canadian performers like Chris Jericho, Edge and Trish Stratus, plus the next wave of Canadian talent in Sami Zayn and Kevin Owens. So sit back, relax, and enjoy the very best that Canada has to offer the world of sports entertainment. 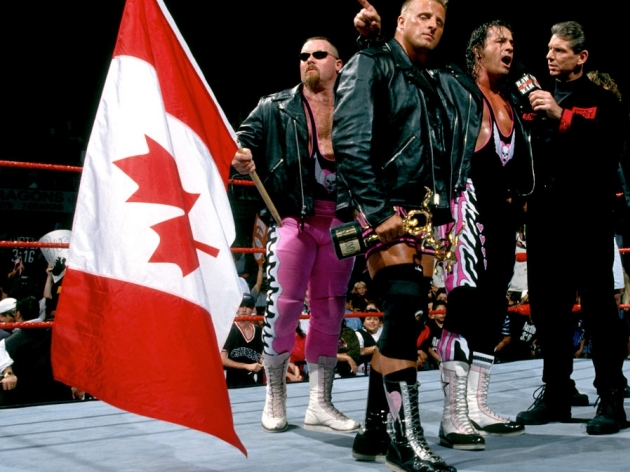 GIVEAWAY WINNERS: If you’re listed here then you just won big in our Birthday Giveaway…

Congratulations Peter Haase – you get a copy of the “Straight Outta Dudleyville” Steelbook Blu-ray, an “Owen: Hart of Gold” DVD, and 6 month’s worth of WWE Network gift cards!

WDN readers Jarrad Hayward, Sheri Levitt, Anthony Puleo, and Jason DeBell were all drawn as runners up and also win prizes – you all take home copies of the Owen Hart DVD.

Payback 2016 is the next WWE DVD scheduled for release in the United States – out May 31st.

Here at WrestlingDVDNetwork.com we recently confirmed the extras to be…

We can now reveal 5 additional extras all planned for the UK exclusive Blu-ray edition:

— The McMahon sibling rivalry to come to a head at Payback
Monday Night RAW • April 25, 2016

New logo artwork for both “Attitude Era Vol. 3: Unreleased” and “The History of the Hardcore Championship: 24/7” has come through from WWE. Take a look below.

This is not final art but these 2 WWE DVD/Blu-ray titles are the next in line for cover reveals soon!

Attitude Era is due for release in August, with Hardcore closely following in September.

As noted previously, the “WrestleMania 32 – Ultimate Collector’s Edition” box set will contain an actual piece of ring canvas from this year’s WrestleMania. We now know it will come mounted on card that features the Triple H/Roman Reigns poster artwork in the background.

The box set hits the UK on June 6th; get it here on Amazon.co.uk or here on WWEDVD.co.uk. 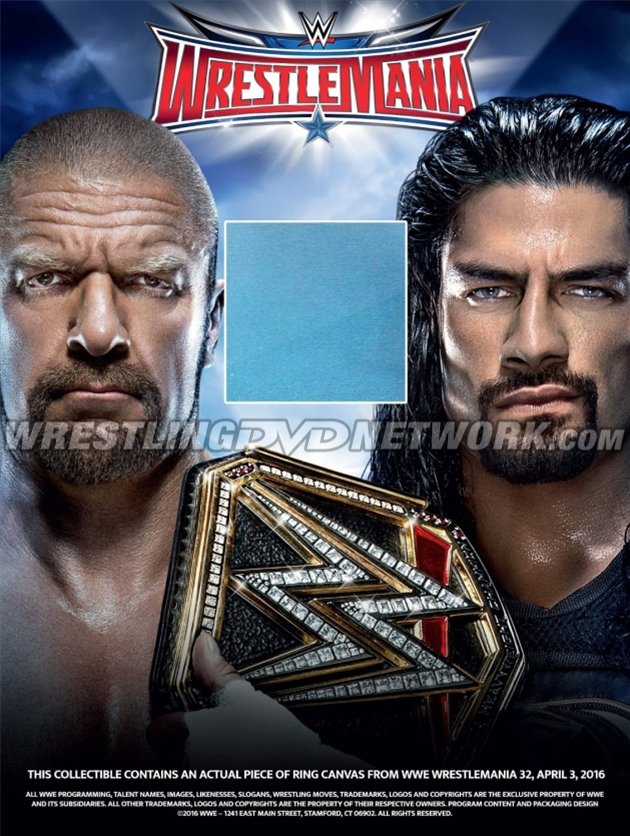 BANNED?: Copies of the Owen Hart DVD featuring artwork that was supposedly never intended to hit stores – but has – have reached as much as $55.00 on eBay during the past week!

Some websites, including eBay, use the original cover as a stock photo due to the artwork change being a last minute decision. This can lead to confusion over which version you’re buying.

At the time of writing there are currently no more copies on the auction site. As for physical stores where they’ve been spotted, we’ve so far heard of the DVDs out on sale at Best Buy and Walmart in the United States. No word on a Blu-ray version and overseas availability is unlikely. 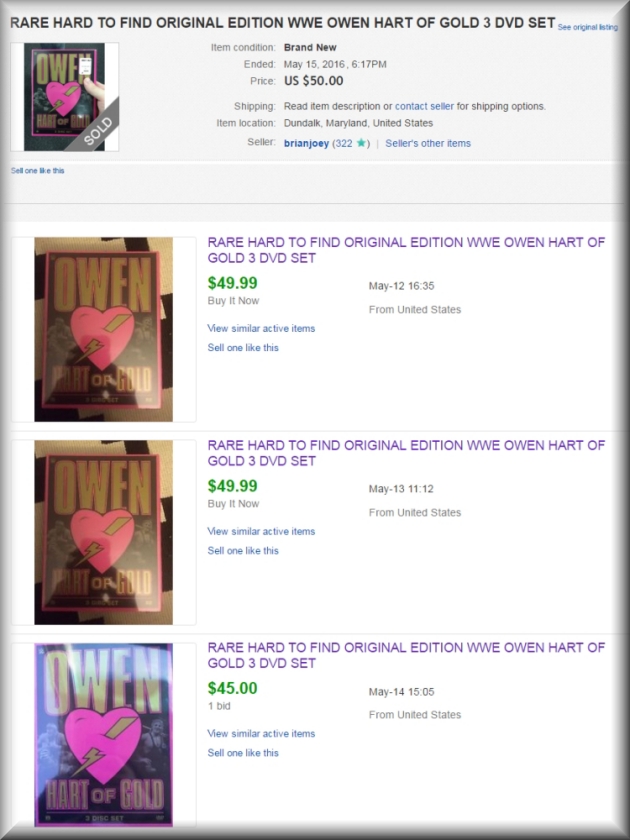