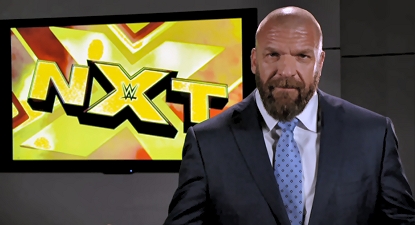 WrestlingDVDNetwork.com has learned who will be hosting the new NXT DVD!

“BEST OF NXT 2017” officially releases to the United States next Tuesday and can be pre-ordered right now by clicking here to Amazon.com. Fans in the UK can grab a copy the following Monday. 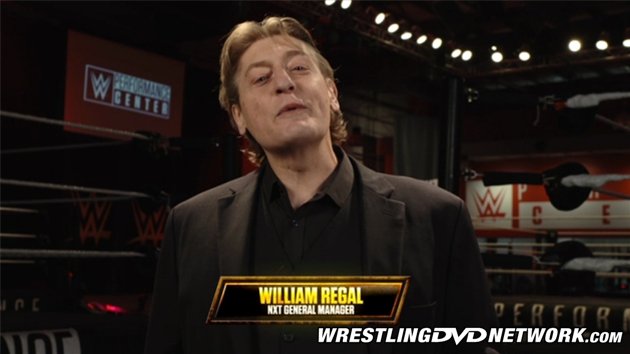 In brand new segments filmed at the WWE Performance Center Regal provides thoughts and anecdotes on many of the 22 featured matches and stars involved, while along the way he is joined by several familiar faces from the NXT roster including The Iconic Duo and Undisputed Era.

Get an early sneak peek in these exclusive screenshots. 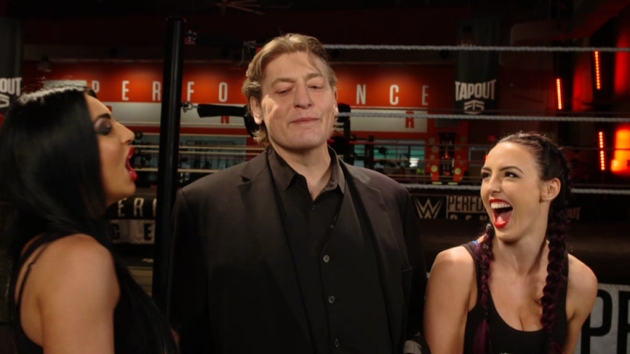 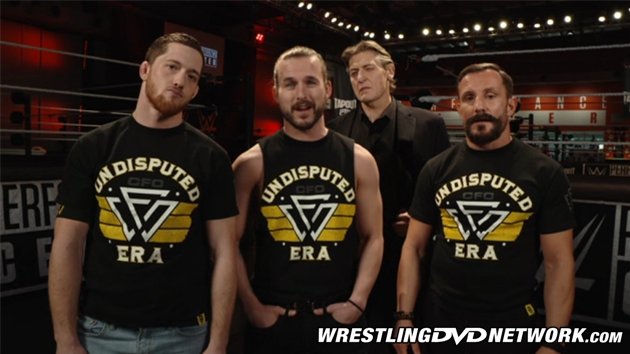 Having a “wild” Wednesday today? We’ve reached that special midweek point and that can only mean one thing — there’s another WWE DVD sale running in the UK!

WWEDVD.co.uk continue their new 24-hour flash sales with your chance to grab another PPV twin-pack “Double Feature: Extreme Rules & Money in the Bank 2017” on DVD for just £5.

This deal will expire tomorrow morning at 8AM so get on over there before it’s gone. 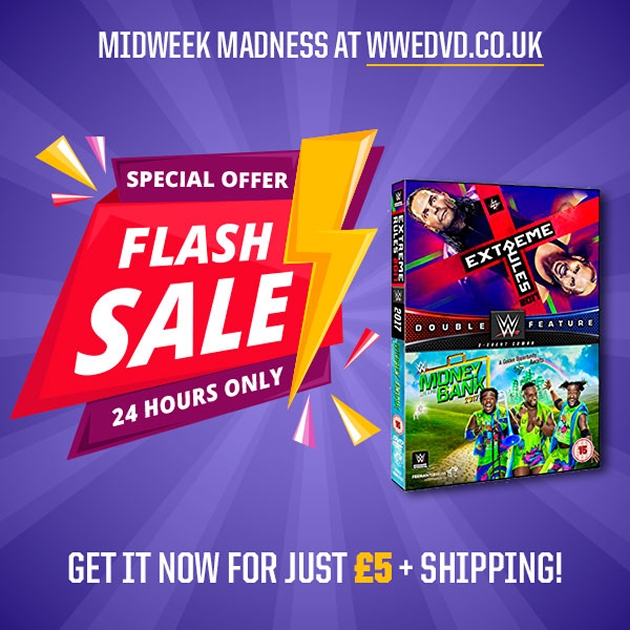 On Friday here at WrestlingDVDNetwork.com the full content listing of more than 40 matches was revealed for “Randy Savage Unreleased: The Unseen Matches of the Macho Man”.

Like the NXT set mentioned earlier, this will be another 2018 WWE DVD with its discs filled almost to capacity. All of that content unveiled last week—matches, moments and host segments—adds up to a total runtime of 8 hours and 47 minutes! Here’s the disc-by-disc breakdown:

For those curious, commentary was originally recorded for many of the matches selected for this DVD so commentary could well be intact. We’ll update you with a verdict on that as soon as we can. 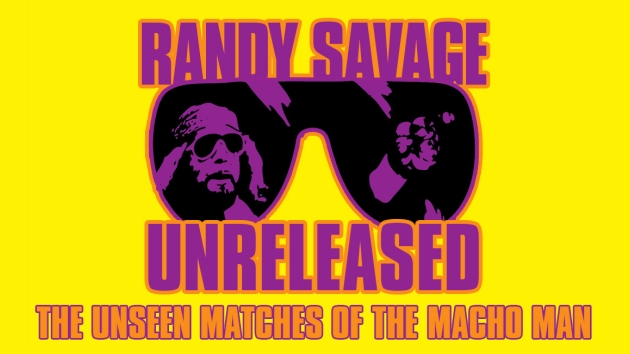 Heads up, the first sighting of a WrestleMania 34 listing on the US Amazon has surfaced. The Blu-ray edition can now be pre-ordered for May 15th here on Amazon.com, which confirms our earlier report that the Blu-ray itself isn’t exclusive to Best Buy, instead only the alternate artwork is.

Expect the standard DVD version of WrestleMania and WWE’s other Home Video releases coming in May to follow on Amazon soon; namely Hardy Boyz and Macho Man Unreleased.

Fans in the UK can already pre-order WM34 on both DVD and Blu-ray via Amazon.co.uk. 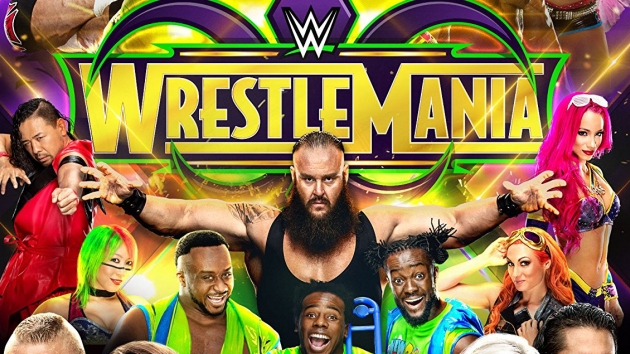 25% OFF EVERYTHING: Gear up for WrestleMania now over at WWEShop.com where today you can take 25% off any order of your choosing, and of course that includes DVDs!

The shop site is unfortunately still yet to list the new Royal Rumble 2018 DVD but you can grab 25% off everything else. You can save on the pesky shipping fees too — use promo code “PI” at checkout; that makes the shipping a flat-rate $3.14 on orders of $75 or more.

Go direct to the sale at WWEShop.com before it’s gone at 3AM tomorrow morning. 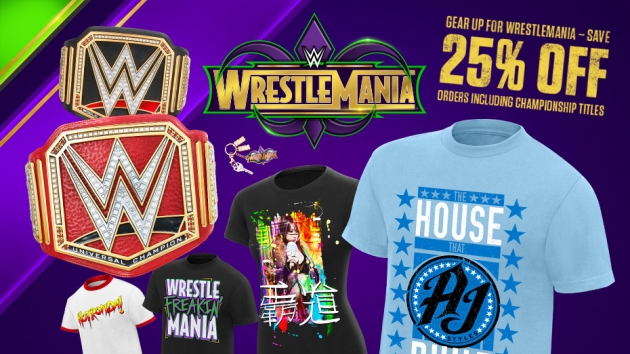 GOT ATTITUDE? All of these WWF DVD rarities are up for grabs in eBay auctions this week including two chances to grab WrestleMania X-Seven and some particularly hard to find titles from the “Attitude Collection”: 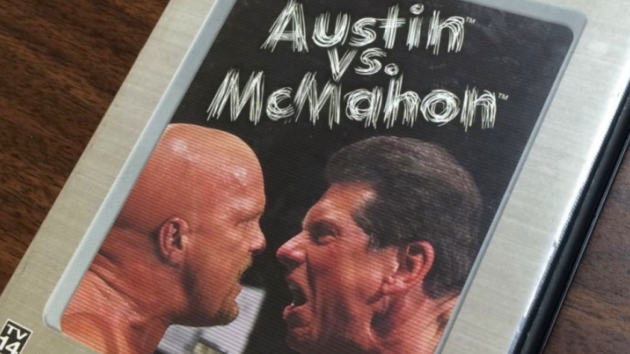 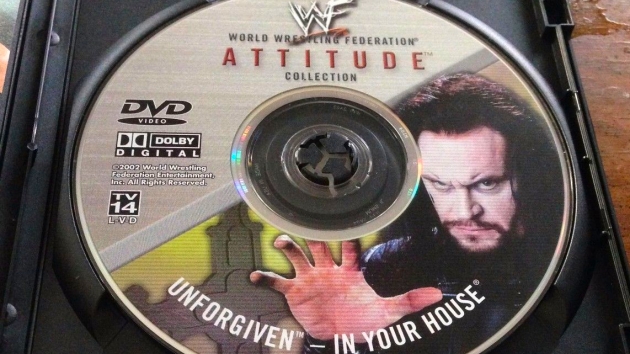 And they’re joined by all of these DVD and Blu-ray goodies going cheap this week on eBay: