We have now received the official synopsis for the Raw 20th Anniversary Collection box set on the way for December, and not only does the synopsis reveal even more episodes but also other new details about this mammoth 12 disc DVD/10 disc Blu-ray collection.

“Raw 20th Anniversary Collection: The 20 Greatest Episodes Uncut & Unedited” looks to be the official title of the box set and it will be released on December 3rd. As of right now the slated runtime of all of that footage is listed as 33.5 hours! [Pre-order yours here].

Celebrate 20 years of nonstop entertainment with Raw 20th Anniversary Collection: The 20 Greatest Episodes Uncut & Unedited. With over 1000 episodes to its credit, Raw is by far the longest running episodic program in TV history. In this 12-disc DVD / 10-disc Blu-ray collection, WWE presents the 20 most timeless episodes for the first time in their entirety.

From landmark anniversaries, milestones, ratings bonanzas, and unforgettable shows that left a particular mark in WWE history, these episodes represent the rawest of Raw. Including: the highest rated Raw ever; Mania the night after WrestleMania; WWE takes over WCW and simulcasts Nitro; Dude Love interrupts Stone Cold and Mr. McMahon; the original ECW invasion; Homecoming, Raw Roulette, WrestleMania Rewind and so much more!

Featuring John Cena, Stone Cold Steve Austin, The Rock, Undertaker, Shawn Michaels, Triple H, Mick Foley, CM Punk and all the greatest Superstars in the history of Raw! Plus, Michael Cole and the Bella’s present the detailed facts & figures behind the personalities, matches, venues and all the various quirks that have shaped Raw over the years.

So, going off this second synopsis above, we can now say the following 4 episodes of Monday Night Raw all look to be included on the Raw 20th Anniversary set: 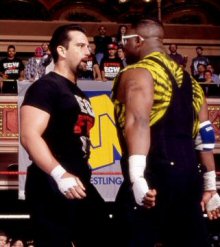 Highlights from this episode include: Stevie Richards vs. Little Guido, D-Von Dudley vs. Tommy Dreamer, The Legion of Doom vs. The Headbangers and The Undertaker vs. Farooq. 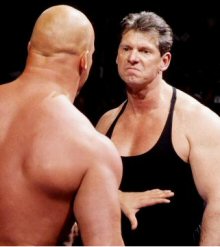 Highlights from this show include: Skull & 8-Ball vs. Savio Vega & Jose Estrada Jr; Billy Gunn vs. Owen Hart and of course the night long build to Austin vs. McMahon. 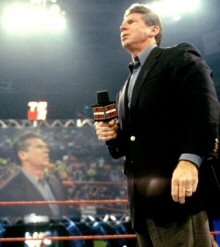 Highlights from this episode include: Chris Benoit & The Hardys vs. Kurt Angle, Edge & Christian; “Chris Jeri-Doink” and The Rock & Steve Austin vs. Undertaker & Kane 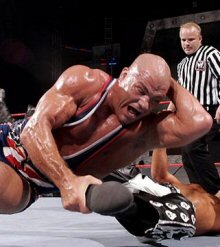 It should also be noted that the March 26, 2001 and October 3, 2005 (Homecoming) editions of Raw did feature Chris Benoit (even a Benoit win on the former). Given that the set is being promoted as “Uncut and Uncensored” episodes, you’ve got to believe that no matches or segments of shows will be cut out and therefore that Benoit will be included.

Other episodes from the synopsis which we are unable to date are the post-WrestleMania and “WrestleMania Rewind” episodes. We suspect “the highest rated Raw ever” is the May 10, 1999 episode which we revealed last week, along with three other episodes.

In addition to the complete episodes, it looks like the set will also feature segments hosted by Michael Cole and The Bella Twins, judging by the line of the synopsis which reads, “facts & figures behind the personalities, matches, venues and all the various quirks that have shaped Raw over the years”. This could possibly be introduction segments to the episodes, similar to how WWE present Raw episodes on Classics on Demand.

UPDATE: A brief synopsis has now been added to the Amazon.com product listing which reveals three more episodes. The first ever Raw (January 11, 1993), the original DX Invasion (April 27, 1998) and Bret Hart’s return to WWE (January 4, 2010).

What do you think of the episode choices so far, and which others would you really love to see included? As always please share your thoughts in the comments below.