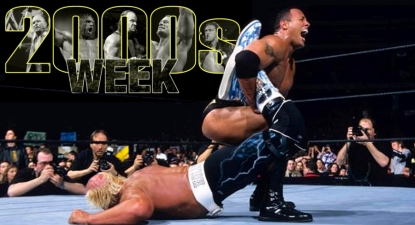 Before the complete content listing of WWE’s new “Best of The 2000’s” DVD drops tomorrow, there’s one last stop in our exclusive 2000’s WEEK match reveals.

“Best of The 2000’s” is on this year’s Home Video schedule for an April release worldwide and it’s set to pack in over 10 hours of the greatest bouts the company delivered between 2000 and 2009, along with newly-filmed host segments with a WWE Hall of Famer who made his own indelible impact on the decade; the current General Manager of RAW, Mick Foley.

Look out… next up on WDN is the FULL content of this 4-DISC compilation!

For those of us yet to see them in the flesh, check out these brand new photos: 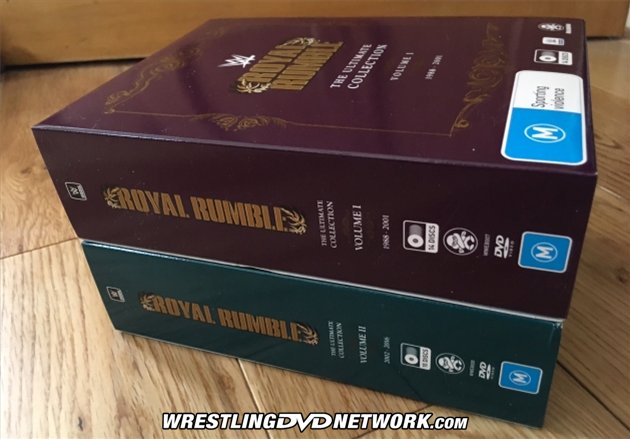 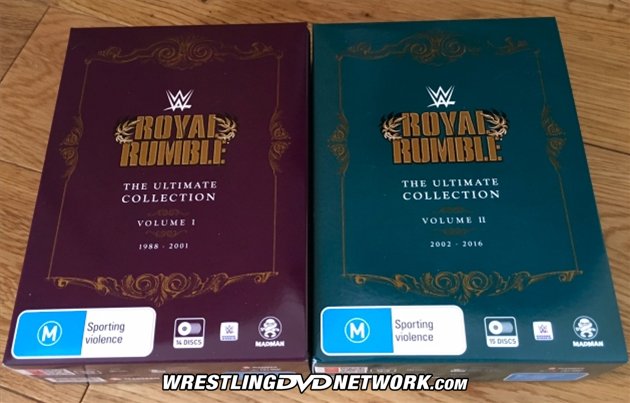 It was a simple, yet revolutionary concept: two men start in the ring, and every two minutes another Superstar is added to the match. Toss your opponents over the top rope to eliminate them until only one remains.

It was so popular with fans that in its second year, 1989, the number of Superstars increased to 30 and the match moved to pay-per-view. In 1992, the stakes were raised, as the victor was awarded the WWE Championship. Before long, the Royal Rumble grew in significance, a key event for WWE Superstars and the first step on the road to WrestleMania.

From 2002, Superstars from RAW and SmackDown, and now ECW, all met in one common match – the Royal Rumble. With an eye toward WrestleMania, and a place in the main event, the period saw a diverse group of winners – from legendary WWE Supersars like John Cena and The Undertaker, to underdogs like Rey Mysterio. 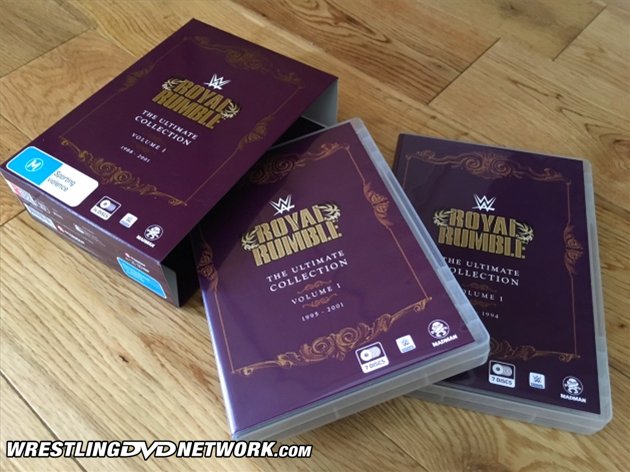 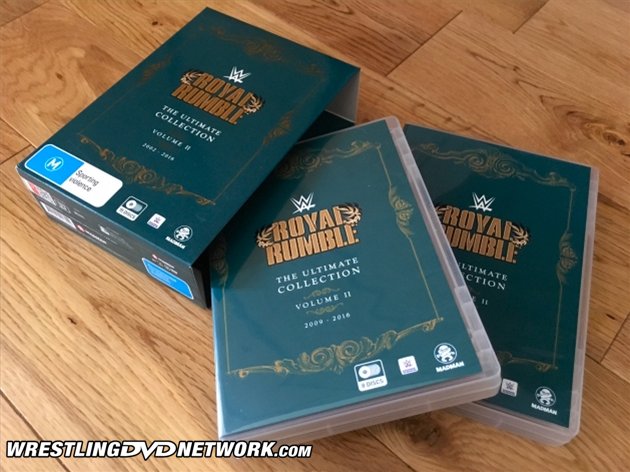 With similar artwork to the first Royal Rumble Anthology released back in 2007, now housed in new packaging, this bulky Home Video collection present 29 full Rumble events in two separate box sets — one a 14-disc set and the other a 15-disc set.

That’s 9 more Rumble’s than the original, and a combined total of over 80 hours of footage! 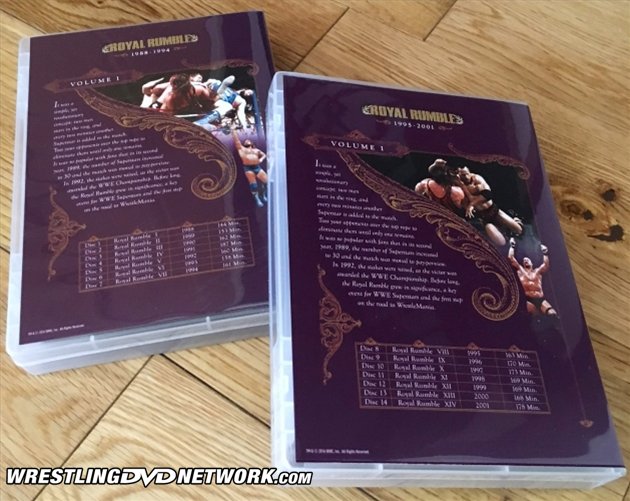 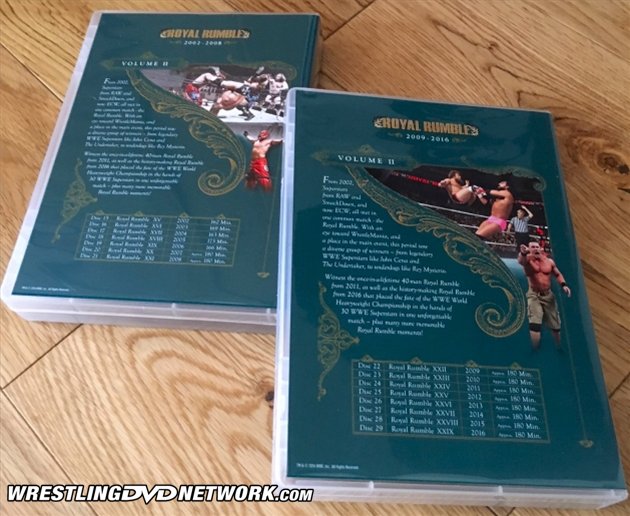 The box sets each contain 2 DVD cases with different Superstars featured on their artwork.

The discs inside list the Royal Rumble Match participants for all events. For those wondering, that does include Chris Benoit who has not been omitted from the listings, as shown below. 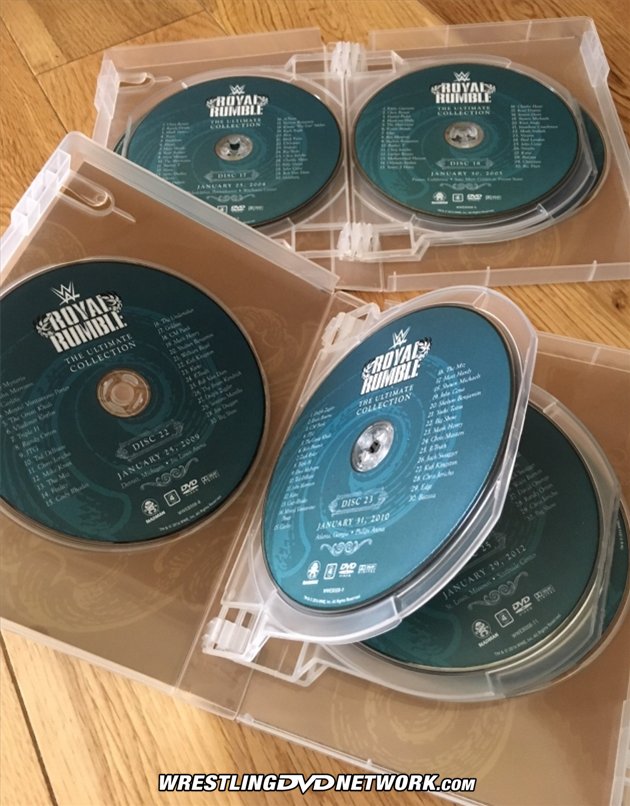 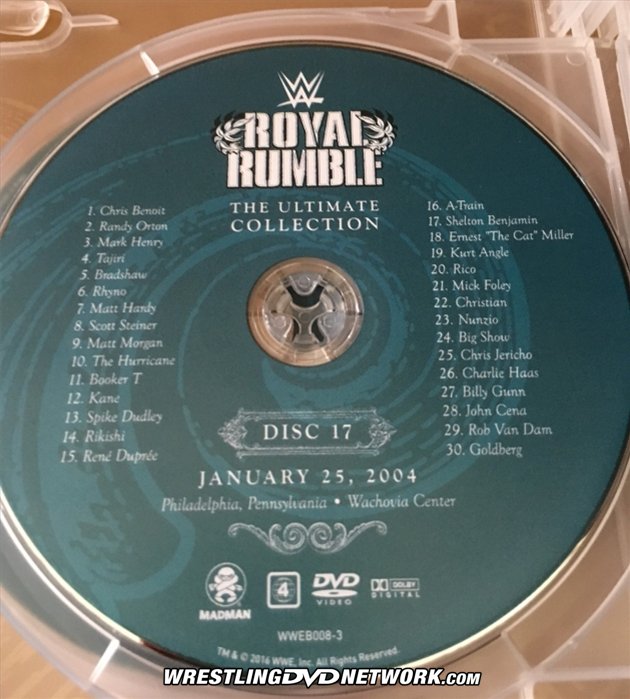 Fans in Australia can get hold of the collection now at Madman.com.au and JBHiFi.com.au.

All signs point to the box sets staying exclusive to that region. Unfortunately a release elsewhere is unlikely, and of course if that were to happen the most recent event would have to be included.

Since the title was produced before this year’s Rumble, the 2017 edition is not present here. 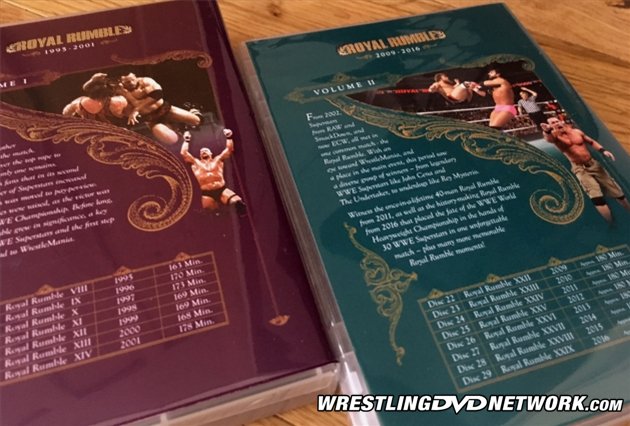 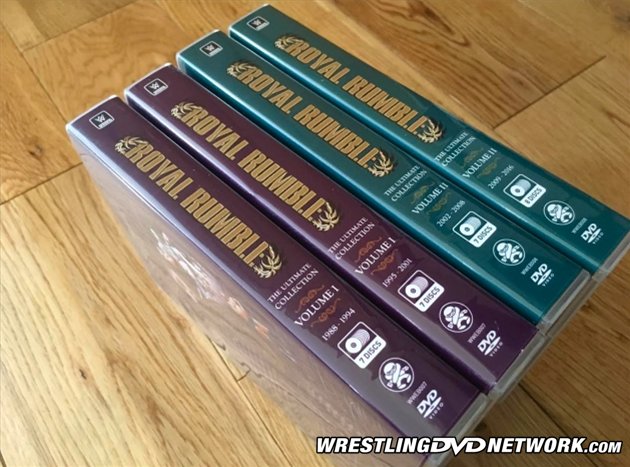