Click here to read PART 1 of the RAW20 review.

Click here to read PART 2 of the RAW20 review.

Well here we are 14 episodes down and 6 more to go. This will be my third and final look back and review of the 20 Greatest Episodes of Monday Night Raw, as featured on the recently released Raw 20th Anniversary Collection DVD Box Set.

2008 marked the return of the King of the Ring Tournament, not as it’s own dedicated PPV or a tournament over several weeks of TV, but rather a special three hour edition of Monday Night Raw. This particular episode takes places just six days prior to the 2008 Backlash PPV and features the complete 8 man single elimination tournament along with a handful of other matches; including a loaded main event and some political shenanigans (which I will discuss in a moment).

I really enjoyed this particular episode, it just flew right by and while there were some things which made me cringe they were kept to a minimum. The matches from the show which I particularly enjoyed were the tournament matches featuring CM Punk, the opening bout with Chris Jericho vs. MVP and the main event eight-man tag team match.

A unique feature of this show was the political messages broadcast by Hilary Clinton, Barack Obama and John McCain in regard to the 2008 presidential election. These short speeches were dispersed throughout the show and were laden with wrestling jargon and phraseology – almost to the point of nausea. Additionally we were treated to a “match” between Hilary Clinton (seconded by Bill) against Barack Obama, the contest was as asinine as you would imagine, however it isn’t too long and doesn’t quite manage to distract from the very solid wrestling show which this is.

A final few points to note: this was the first episode on the set which was originally broadcast in HD and thus our first widescreen episode. Also for those with a keen eye – keep an eye out for a certain Prime Time Player performing Beefeater duties for the evening 😉 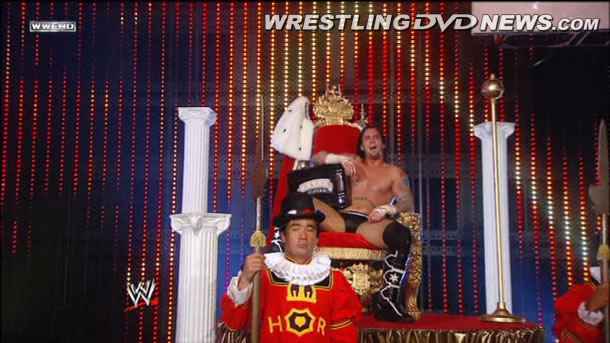 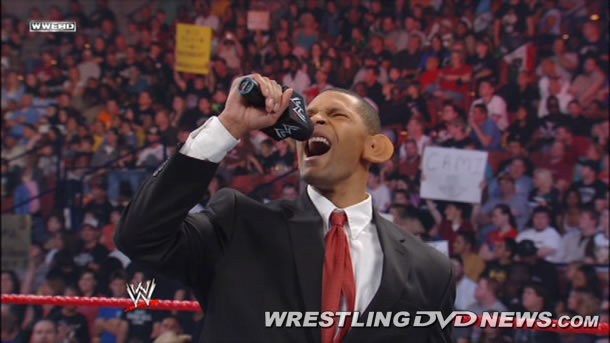 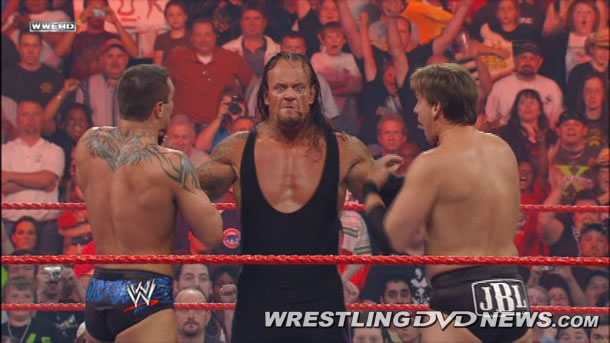 The June 15th, 2009 episode was entitled “3-For-All”, it’s meaning – I’m not really sure but this was a three hour edition of Raw and all three of WWE’s brands (Raw, SmackDown and ECW) are represented on the episode. However what this episode would be most remembered for was the fact that it was on this night that Mr. McMahon sold Raw to Donald Trump. However right from the start this attempt for mainstream publicity backfired on WWE as soon after the announcement the USA Network issued a press release stating that the WWE’s flagship show had been sold to Trump. The sale of Raw prompted the WWE stock price to fall by 7 percent. The following week on the commercial free Raw (as announced by Trump during his promo here) Vince McMahon and WWE bought back their main television show.

The episode in earnest begins with a recap of the previous week’s episode and how Batista had to vacate the WWE Championship after suffering an injury and that a new WWE Champion would be crowned in this episode with a Fatal 4-Way match.

Again for me this was a somewhat surprising inclusion on the set, however after re-watching it again four years later it has some great wrestling action. 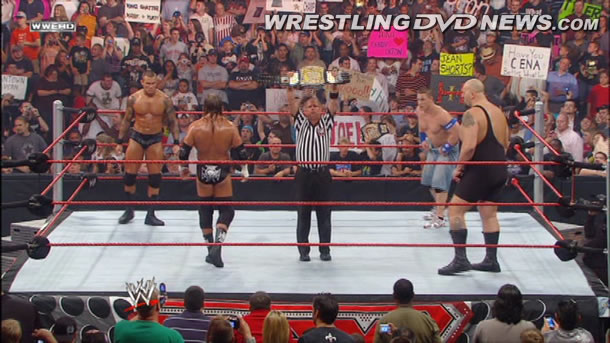 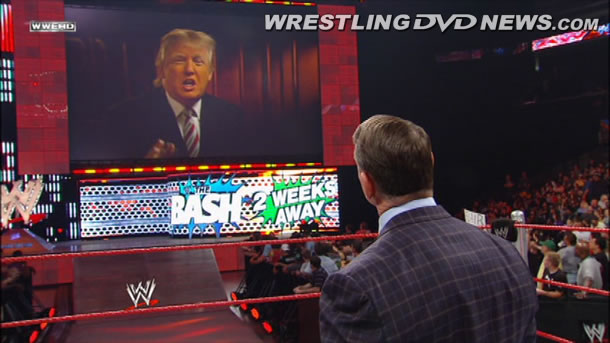 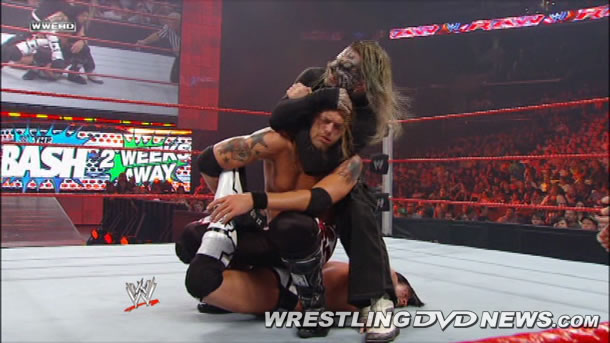 For the November 16, 2009 edition of Monday Night Raw, WWE returned home to Madison Square Garden in the heart of New York City and the Garden was most definitely alive on this night as the Garden was filled with ruckus WWE fans. This episode came during the guest host era and as Hulk Hogan had joined TNA just a few weeks earlier in this very arena the next most suitable host for the episode would be the one and only “Rowdy” Roddy Piper.

The show opens with a backstage SNL style skit with Roddy Piper, Luis Guzman and the Iron Sheik which leads into the open of the broadcast. It should be noted here that this was the very first time that Raw used Nickleback’s “Burn It To The Ground” as the shows new theme tune, despite being hyped a week earlier this was not actually mentioned during the show. While we’re on the topic of music, regretfully “Empire State of Mind” by Jay Z (feat. Alicia Keys) has been removed from the great WWE at Madison Square Garden video package, this has been replaced with an incredibly generic track.

This edition of Monday Night Raw comes just 6 nights before the Survivor Series and as with all of the episodes featured on the set the promotional spots, match card graphics and plugs for the PPVs have been removed, however while some will complain the episodes aren’t “uncut and unedited” I do think this helps with the flow of the shows for the DVD.

The episode featured a number of cool angles and memorable moments mainly the interaction between Roddy Piper and Mr. McMahon, the Kofi Kingston and Randy Orton angle, the continued rise of Sheamus as a true bad ass and of course the DX beat down on Hornswoggle (who at the time was trying to become a member of DX). In the coming weeks the Hornsowggle vs. DX programme would degenerate (pardon the pun) with an awful series of vignettes – remember Little People Court?

In regard to matches the highlight of the episode would have to be the loaded Triple Threat Tag Team Match (DX vs. Jeri-Show vs. John Cena & The Undertaker), yes it has been released previously (in fact earlier this year) but it is still a cool main event featuring the Survivor Series main events, so this was a great lead in to the PPV.

Also let’s not forget that this show features a true wrestling clinic between Melina and Alicia Fox (I’m not sure if this was THE match, but you are always assured a classic between these two; aren’t we Cameron?).

Again a lively crowd with a number of cool and memorable moments lead to another fun trip down memory lane and another great episode. 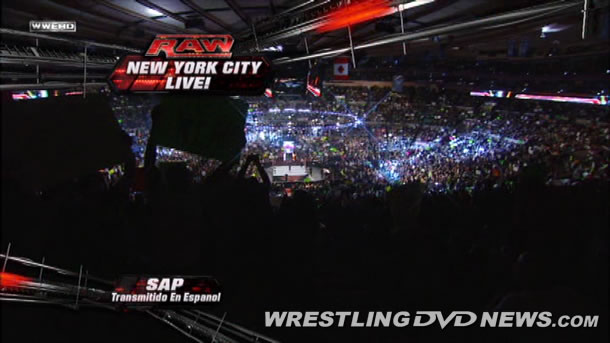 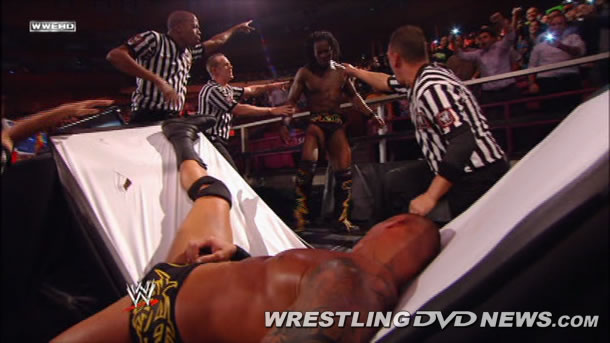 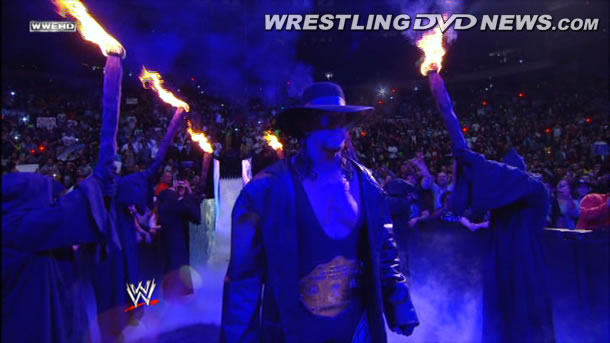 On March 15, 2010 Raw stopped off at San Deigo, California on the Road to WrestleMania XXVI, and not only was this episode guest hosted by the legendary Stone Cold Steve Austin, but it was also WrestleMania Rewind night.

In my opinion the build to WrestleMania XXVI was one of the better builds in recent history and because of this it was great to see this period represented as part of Raw’s 20 Greatest Episodes. The main focus of this show was the WrestleMania showdown between Bret “Hitman” Hart and Mr. McMahon as the show would be headlined with the awesome contract signing which was hosted by Steve Austin. The contract signing featured Bret finally getting one over on McMahon in the programme as it was revealed that he was not injured heading into WrestleMania as it was all an elaborate scheme to get Vince to sign to the match with No Holds Barred.

In regard to the matches on this episode all three of the WrestleMania Rewind matches were good and each built to one of the main events on the upcoming WrestleMania. The three matches were: Big Show vs. John Cena, Chris Jericho vs. Shawn Michaels and Randy Orton vs. Triple H, now none of these matches have clean and decisive finishes, but personally I don’t have too much of an issue with no-finishes on TV providing they do actually build to something.

Additionally as the show was from the build to WrestleMania the traditional Hall of Fame announcement was included, and on this night it was for the induction of Gorgeous George. Also we also have it confirmed during the contract signing that Stu Hart will also be included into the Hall of Fame Class of 2010.

Again this was a great inclusion (and one which I hoped for prior to content being revealed) to Raw’s 20 Greatest Episodes. 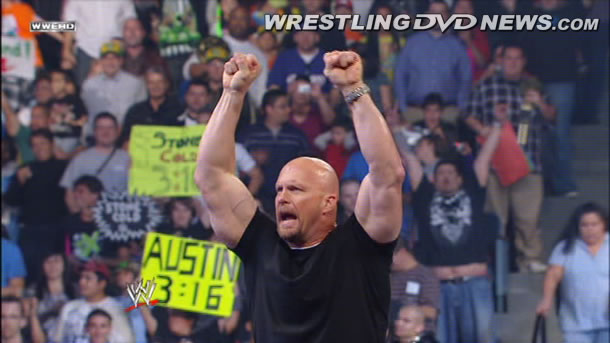 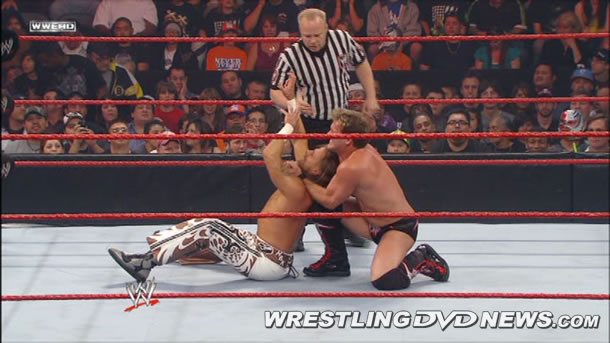 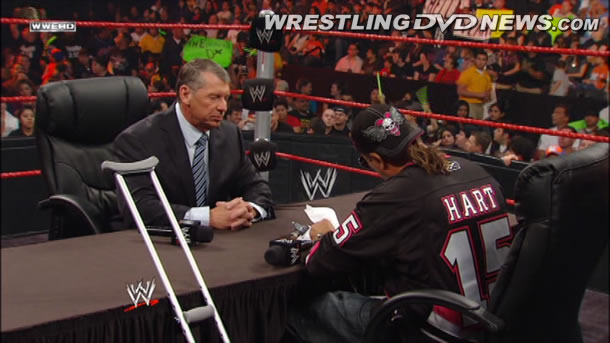 This is the second Raw Roulette show to be featured in this collection, however unlike the 2003 episode this one won’t be remembered for the “spin the wheel, make the deal” matches, but rather it will be remembered for two words… PIPE BOMB!

This show takes place three weeks prior to the infamous Money in the Bank 2011 PPV and this would be the episode which kicked the main event of that show into high gear.

Along with the September 1996 episode, when first seeing the episodes included this was one that really surprised me. Looking back I didn’t have any fond memories of this show other than the final promo, however after re-watching it does have some decent matches and a couple of cool moments beside the Pipe Bomb promo. The highlights for me were the opening promo between Shawn Michaels and CM Punk, the Cage Match angle with Big Show and Mark Henry and easily the best match of the evening: Rey Mysterio & Alex Riley vs. Jack Swagger & The Miz in a Texas Tornado Tag Team Match.

Again this episode comes from the guest host era and this night Shawn Michaels was the host and was completely superfluous as he only appeared on camera twice during the evening and only made one match, his first appearance was the opening segment (discussed earlier) and a backstage segment with Booker T & Diamond Dallas Page promoting the Best of WCW Monday Nitro DVD. All of the roulette wheel segments were hosted by Booker T, who appeared throughout the show and by all rights should have been the host.

Again this wasn’t an episode which I would have picked going into the set, but was more than enjoyable to re-watch here. ? 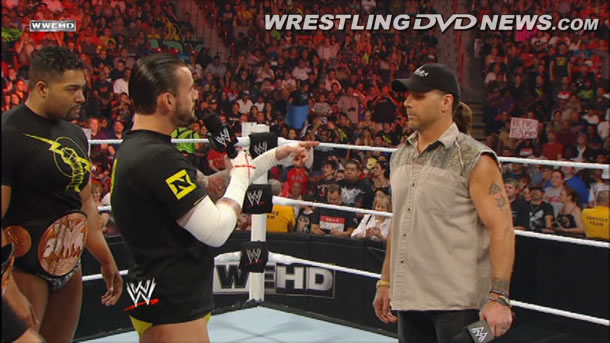 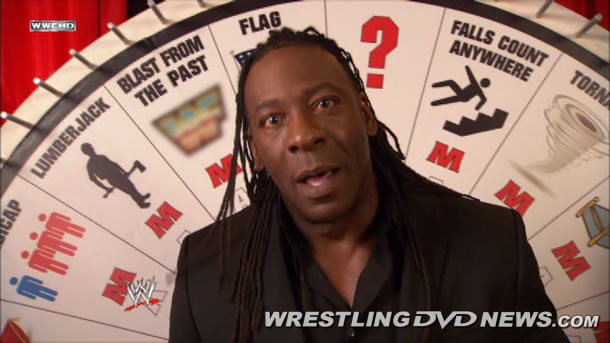 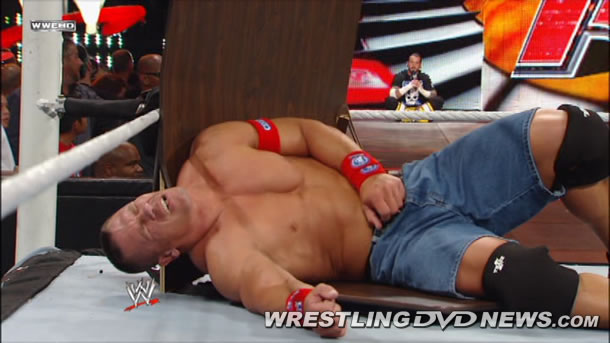 And here we are; the final episode on the set. 🙁

This episode will be most remembered for the magnificent debut of Brock Lesnar Guy and the surprise return of Brock Lesnar himself. 😉 The return of Brock was one of the highlights of the show for me along with the opening promo by The Rock who states his intentions to become WWE Champion. In regard to matches the two standout bouts of the evening were the CM Punk vs. Mark Henry, WWE Championship Match and the Triple Threat Match for the United States Championship. 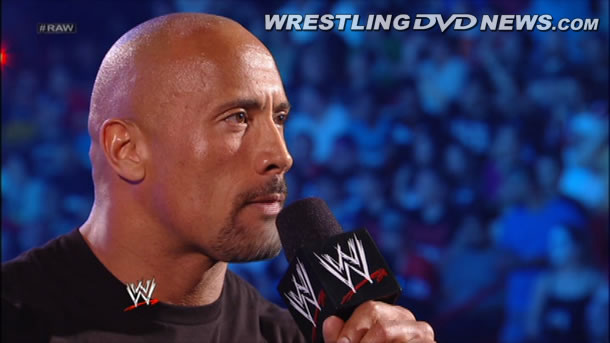 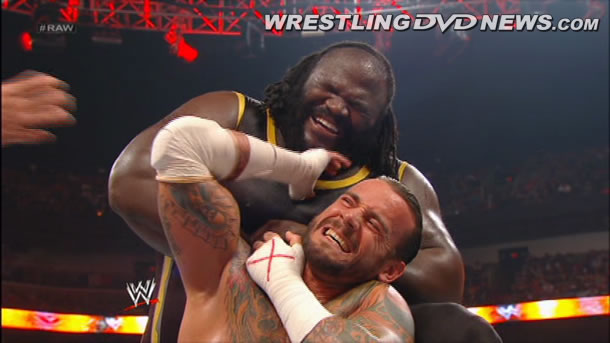 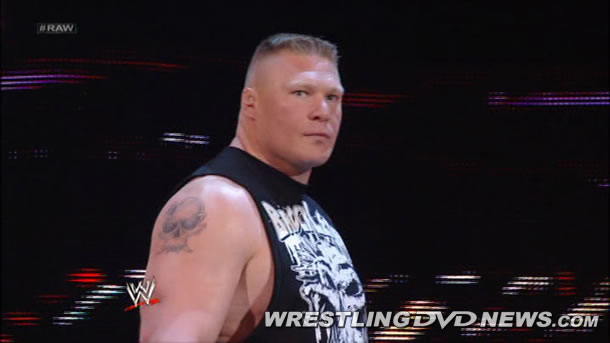 I hope you have enjoyed my look at all 20 of Raw’s “Greatest Episodes”.

If you have picked up the box set already, what did you think of these shows and which moments stood out to you? As always we love to hear from you, so please share your thoughts in the comments section below.

Not got a copy of Raw 20th Anniversary Collection yet? What are you waiting for? Pick up yours here on Amazon.com right now!

…or try grabbing one for a better price here on eBay.com.