Here for you today is the intro video to the new John Cena DVD & Blu-ray!

WWE will release “John Cena – Greatest Rivalries” later this month to both North America and UK/Europe. As of now, the planned release time to fans in Australia is early December.

Spotted on the first disc of the DVD is a special feature titled “Behind the Scenes of WWE 2K15”, as shown in the new screenshot below. This extra was not present on the official content listing of the DVD/Blu-ray when revealed last month but has made it to the final product. 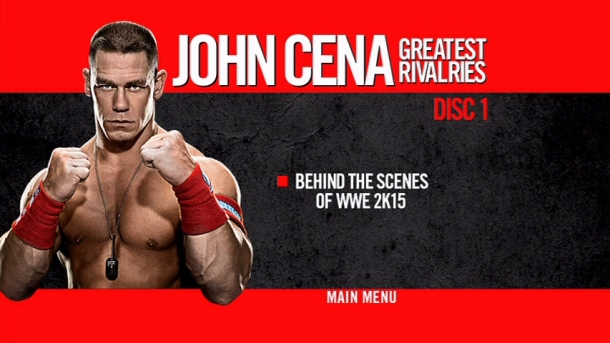 – UK/Europe: Order your copy for October 20th at WWEDVD.co.uk.

– Australia: Order your copy for December 3rd at WWEDVD.com.au.

UK FANS: WWEDVD.co.uk have today announced a “Fantastic Fall” sale on WWE DVDs and Blu-rays with price drops on 75 titles! Details follow below.

Autumn is upon us and the leaves aren’t the only thing falling this October as we are dropping our prices on over 75 DVDs and Blu-rays!

Titles include:
– The History of WWE 50 Years of Sports Entertainment
– RAW Top 100 Moments
– Shawn Michaels Mr. WrestleMania
– The Attitude Era
and much, much more.

Latest word on the planned WWE Fitness DVDs is that there will be one with Stephanie McMahon and another with Triple H, both to be released this December. The planned titles are “WWE Fit Series: Stephanie McMahon” and “WWE Power Series: Triple H”.

They will be budget, single-disc DVDs each priced around the $10 mark. The new DVDs have just been listed for pre-order on the US Amazon site at the following links:

TODAY’S BLU-RAY DEALS: This eBay auction expires today and includes 14 WWE Blu-ray discs and a few DVDs. The current bid is just $40.55 with FREE shipping – one to watch!

These other 12 individual WWE Blu-ray deals are also up for grabs today on eBay: 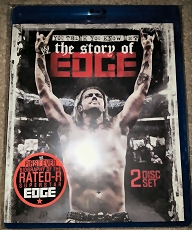