As you’ve heard a number of times now, it’s being marketed as “uncut and uncensored”. While that is true in regards to WWE now being able to freely release the old shows with the “WWF” logo and those references, there are however some edits we’ve spotted.

So far we’ve noted a few changes of music in wrestler entrance themes and edits to sponsors also. Promotion of live events upcoming at the time of broadcast and their ticket information shown on screen is now covered up (as in the screenshot below).

As reported earlier, Chris Benoit features in one of the episodes chosen for the set. We can confirm that there are edits to this 2001 episode, which was to be expected. Benoit’s entrance was removed and possibly parts of the commentary pertaining to him are cut too. 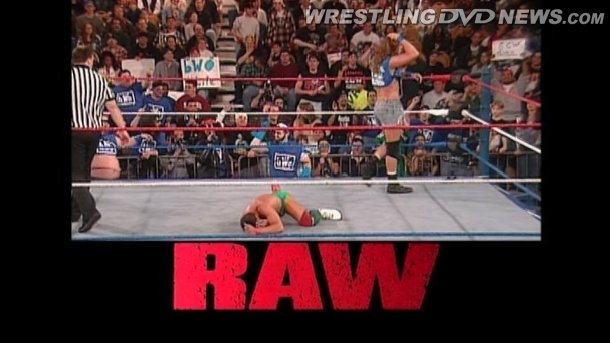 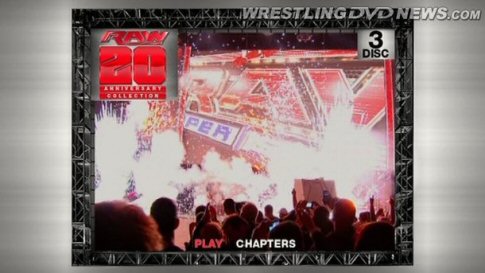 It’s Black Friday! Below is a quick rundown of WWE DVD deals from the official sources.

United States: WWEShop.com has selected DVDs at particularly good prices with free shipping at $15+. With promo code “YES” you can get the Zack Ryder DVD for just $1.59 and True Story of WrestleMania for $3.99. Several titles are $10.40 with the code including nWo, CM Punk, Attitude Era and 4 Blu-ray discs. Various Blu-rays are $11.99 each including the recent Stone Cold and Brock Lesnar sets. WrestleMania 29 on Blu-ray is $13.59.

UK/Europe: Several WWE DVDs are on sale for £7.99 and £12.99 at WWEDVD.co.uk. That includes WrestleMania 29, Bret Hart Dungeon Collection and Mick Foley For All Mankind.

Australia: WWEDVD.com.au has a sitewide coupon code offer running so you can make your own deals. Enter code “BLACKFRIDAY” to get 30% off any order placed on the site.

The winners of our recent Survivor Series DVD giveaways were @PayasoMuerto666 and Darren Bongiovanni – congratulations!

If you were a winner of one of last giveaways you’ll be pleased to know your prize will dispatch in the coming days. Stay tuned for more WWE DVD giveways soon! 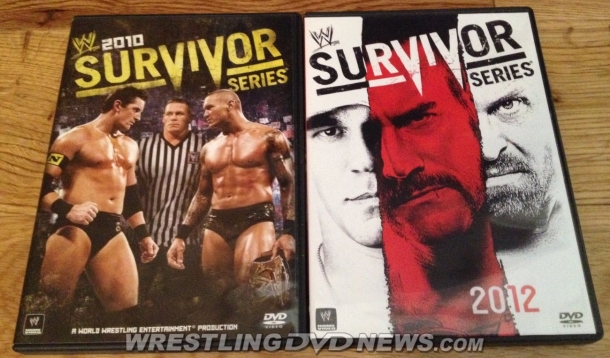 WWEDVD.co.uk will release “The History of WWE: 50 Years of Sports Entertainment” DVD/Blu-ray to the UK and Europe this coming Monday. Check out a video “unboxing” of both versions below, courtesy of the new WWE Home Video UK channel on YouTube.

Here’s a look at the US version TNA Slammiversary 2013 DVD, recently released via ShopTNA. Thanks to Cesar Albino for passing along the pics. 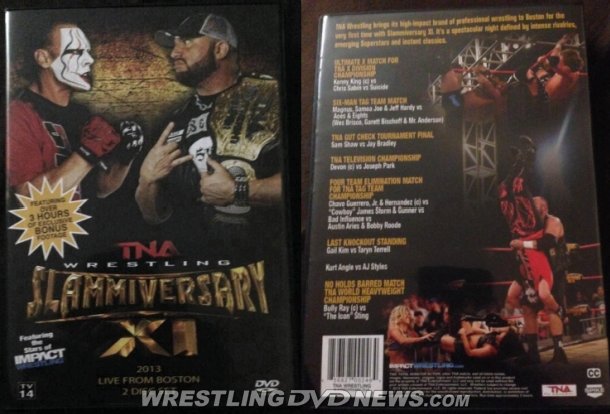 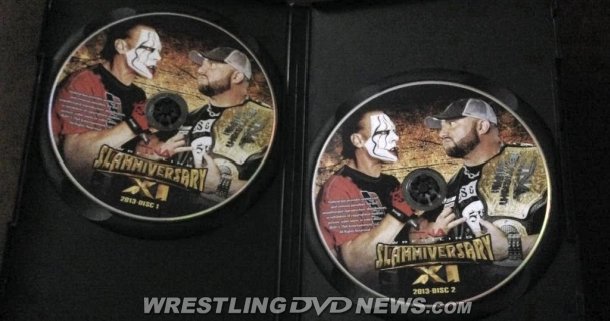 On the TNA front in the UK, the latest release is the One Night Only: 10 Reunion DVD which is available now at TNADVD.co.uk. Heads up, the promo code “WDVDNEWS” gets you 20% off any TNA DVD order from that site – today and tomorrow only!

The extras for the Bound for Glory 2013 DVD (2 disc set) have now been revealed:

Check out this list of cool stuff being auctioned off today on eBay – including the black, limited edition WrestleMania Anthology DVD box set, signed by Vince McMahon! 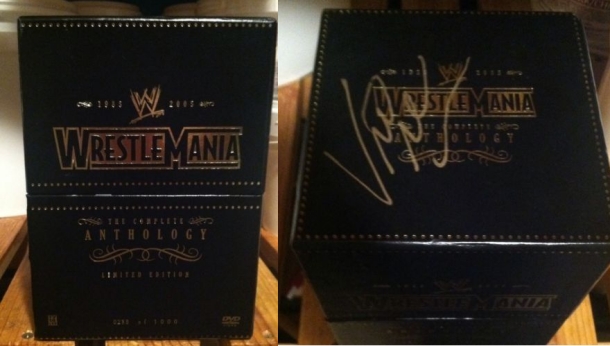