‘It’s Good To Be The King’ Out Now, Memphis on WWE DVD, New Cover Artwork? 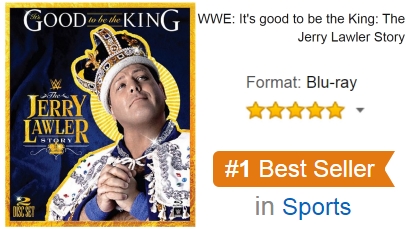 It’s good to be the King every day, but it’s especially good today, because…

…WWE has released “It’s Good To Be The King: The Jerry Lawler Story” on DVD!

Not only that, but the Blu-ray edition of the Jerry Lawler set is right now listed as the “#1 Best Seller” in Amazon’s Sports category. Take a look at that here on Amazon.com.

WWEShop.com also now have both DVD and Blu-ray versions in stock now.

As reported, a documentary is the main feature on this one. The Jerry Lawler DVD/Blu-ray officially releases to the UK and Europe next week, following to Australia the week after. 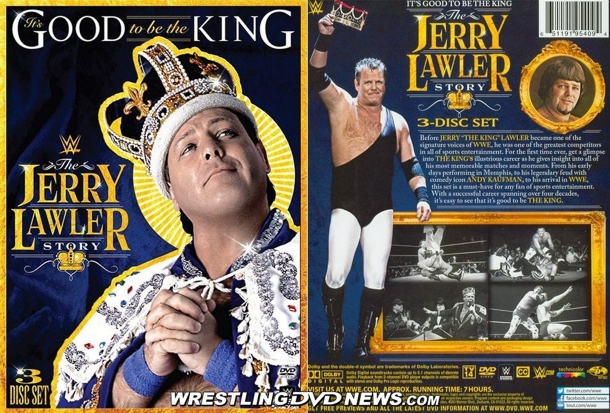 Speaking of the new DVD, Jerry Lawler was a guest on “Cerrito Live” at the weekend to hype its release. On there, Lawler revealed that he was “very involved” with selecting the content of the Home Video, working alongside Matt Rogers, a WWE Network series producer.

Lawler also stated that for the most part WWE let him pick out the Memphis Wrestling material he wanted and that the selected matches came from the library of Memphis content that he himself owns, at a price to WWE. As you may recall from the content listing, there are five such matches included (counting Blu-ray exclusives), plus clips in the documentary.

You can listen to the interview at CerritoLive.com or by using the player below:

Also just released today was the “Timeline: The History of WCW – 1989” DVD!

Watch not one but two trailers for the feature in the videos below, and be sure to get your copy of the double-disc, 3+ hour DVD ordered now over at KayfabeCommentaries.com.

Please be forewarned that there’s some colorful language from Jim Cornette!

As reported, Volume 1 of the “Monday Night War” series on DVD and Blu-ray is coming this July. Following that, a Volume 2 follow up is scheduled for September.

This cover artwork for “The Monday Night War Vol. 2: Know Your Role” has been uploaded here on Amazon.com. It’s presumed to be temporary placeholder artwork for now. 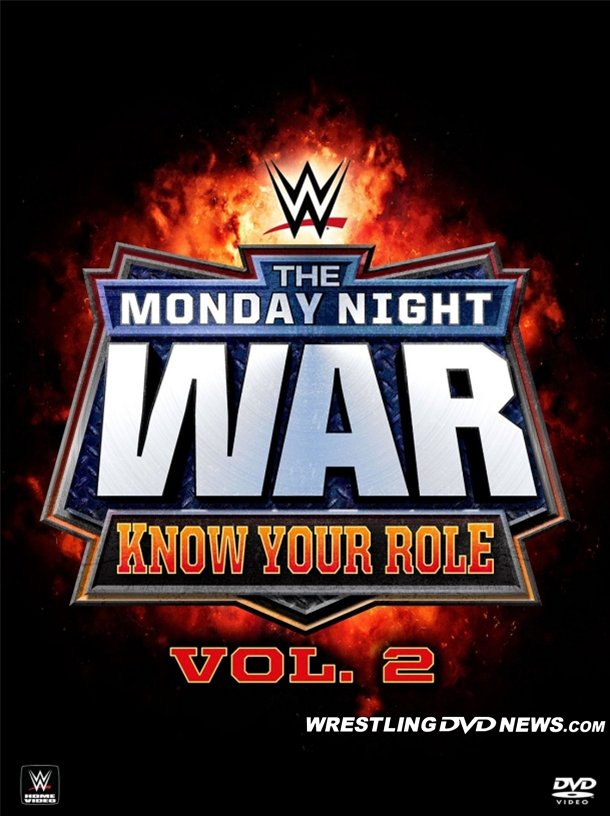 Congrats if that’s you! Check your Twitter/Facebook messages for correspondence from us.

Heads up, eBay seller “got-pop” in Canada has auctions ending tomorrow for a few tricky-to-find WWF/WWE DVDs and the bid prices on each of them are very low right now.

The titles on offer are “Best of WWF 2001: Viewers’ Choice” (Canadian exclusive), WrestleMania 16, and Judgment Day 2002! Check out the auctions at the links below: