The order of the day for WWE DVDs might well be the extension of WWE Network specials as of late, but Jerry Lawler’s Home Video – “It’s Good To Be The King: The Jerry Lawler Story” – gives that idea the piledriver and presents an all-new, previously unseen documentary.

On top of the bio we hear that there are over 30 matches and extra segments planned for his DVD/Blu-ray set. Right here at WrestlingDVDNews.com we’re calling this week Jerry Lawler Week, and that means we’re exclusively revealing those extras every day!

WWEDVD.co.uk is scheduled to release the Jerry Lawler DVD/Blu-ray FIRST to fans in the UK and Europe this May! Look for a pre-order announcement in the coming weeks.
DAY 2 – King vs. Cole

The DVD and Blu-ray will include a documentary main feature, along with a host of matches and extras – as revealed here at WDN for Jerry Lawler Week! It will release to the UK and Europe on May 18th, to the United States on May 19th, and to Australia on June 3rd.

You know the FULL content listing of the new “Ultimate Warrior: Always Believe” release coming next month, but exclusively below is a first look at how that content will be displayed on the artwork of the Blu-ray edition’s packaging, shown behind the 2 discs.

The main feature on the first disc is an extended version of the WWE Network “Warrior: The Ultimate Legend” special. The DVD and Blu-ray documentary is slated to run approximately 1 hour and 33 minutes in total, while the original Network one ran just 58 minutes. 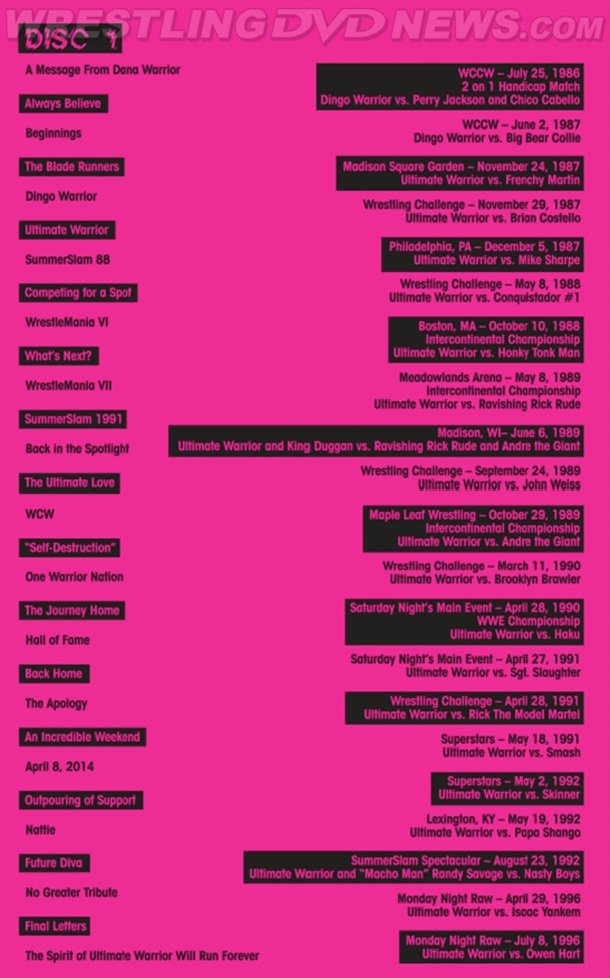 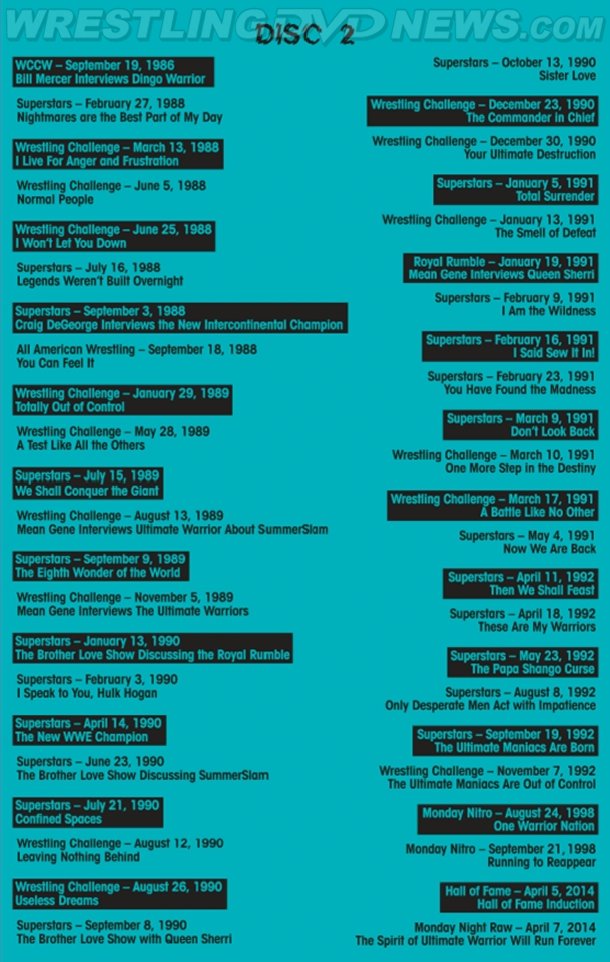 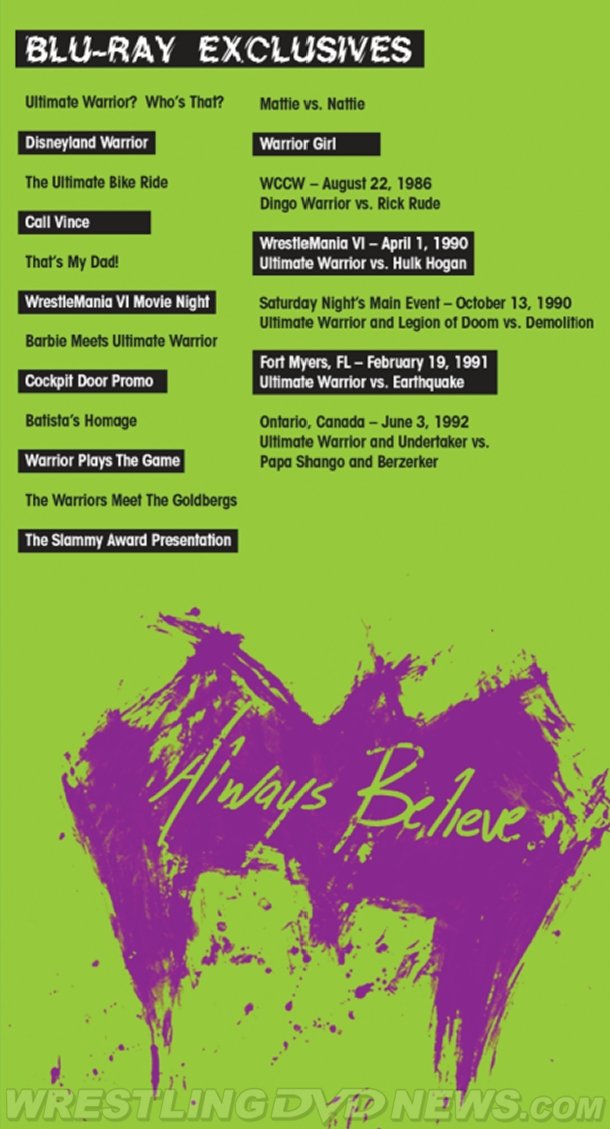