This week a $5 WWE DVD has been spotted going on at K-Mart stores in the US! Thanks to Kyle Barker and Dan Mader for bringing it to our attention.

There’s some crossover with titles found this year in Walmart’s $5 bins, but new ones we’ve heard about are Best of King of the Ring, Epic Journey of Dwayne “The Rock” Johnson, Hulk Hogan’s Unreleased Collector’s Series and Superstar Collection: John Cena. 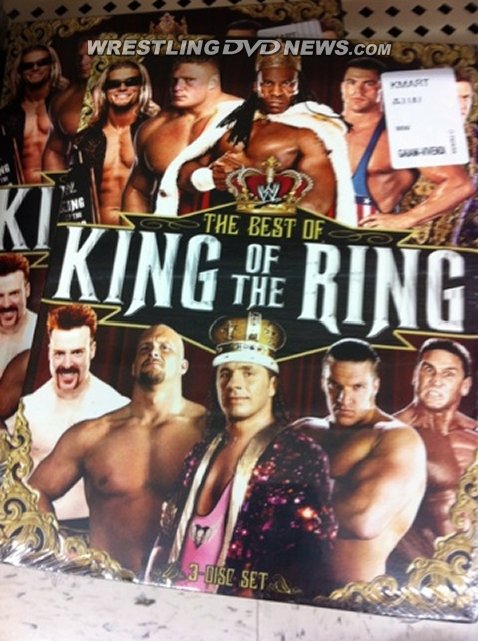 Below is the list of WWE DVD titles found at K-Mart for $5 each so far. 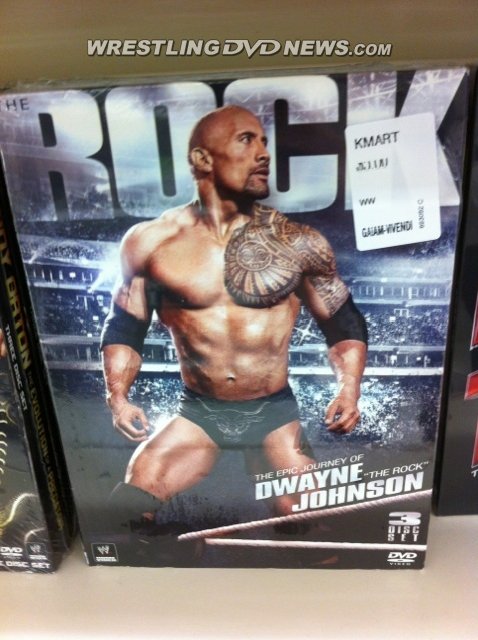 TNADVD.co.uk will release “One Night Only: Knockouts Knockdown” on DVD next month to the United Kingdom and Europe. Shown below is the confirmed cover artwork. 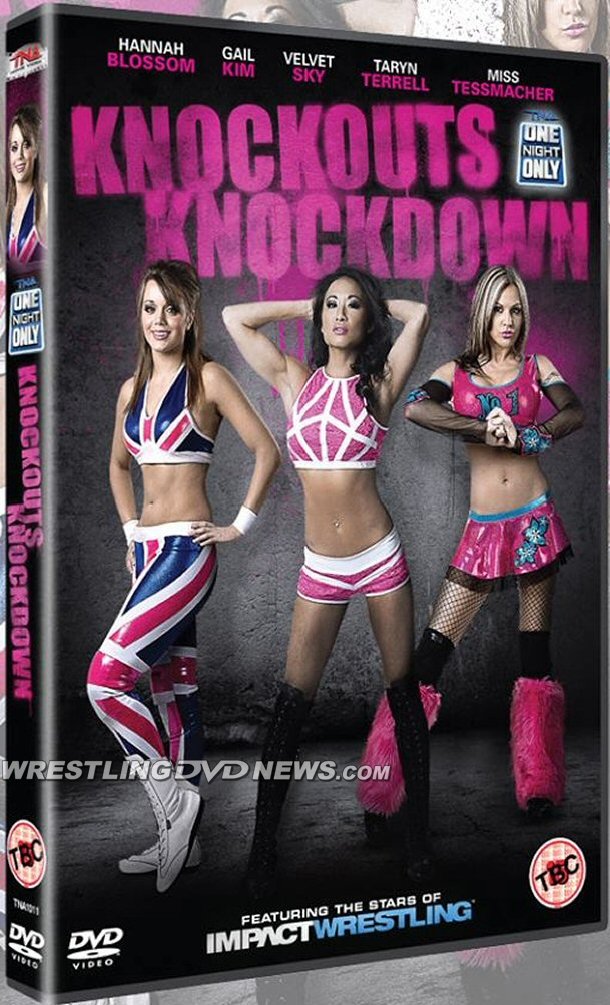 WDN reader Sunny G has found a new box set of WWE DVDs on sale exclusively at Costco in Canada. Pictured below, the box set includes 10 PPVs from 2012 and a free T-Shirt.

This reminds us of a similar box set called “Ultimate 2010-2011 PPV Collection” which was also a Canadian exclusive. That was released through Costco at the end of 2011. 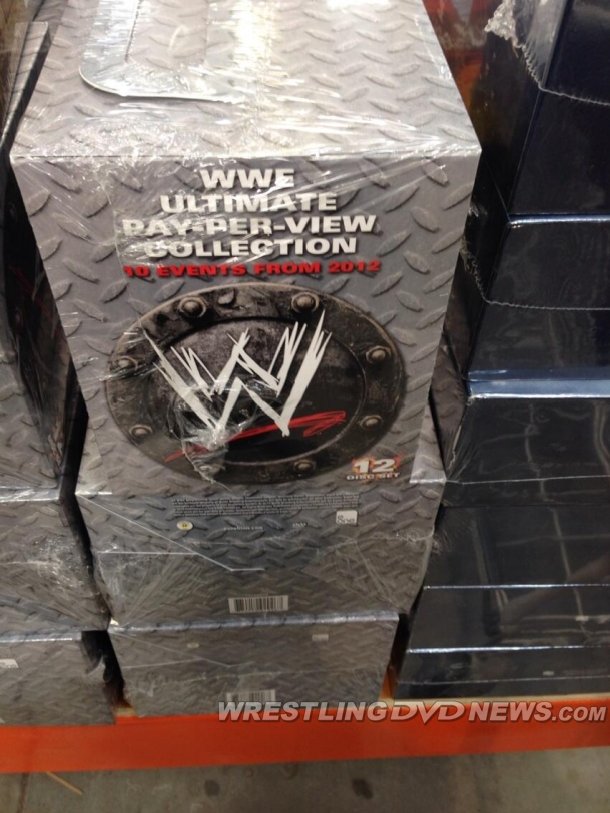 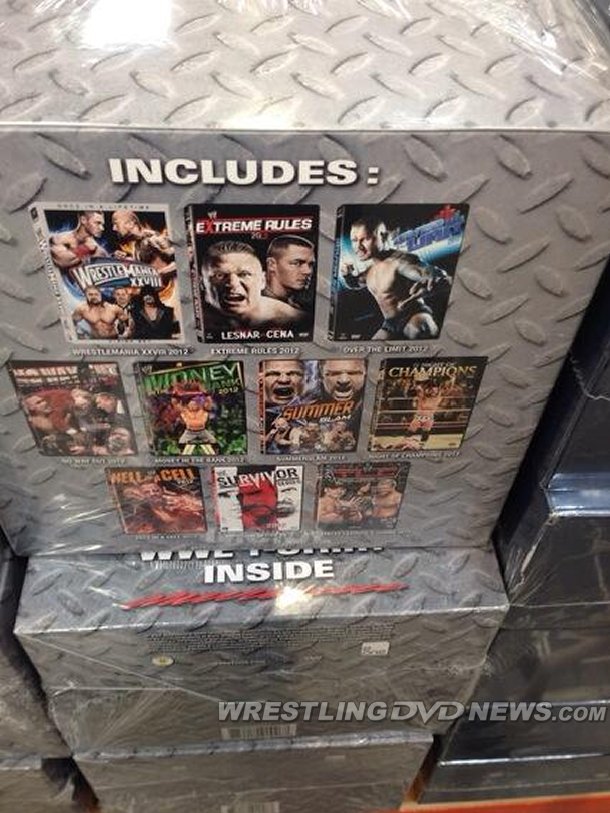 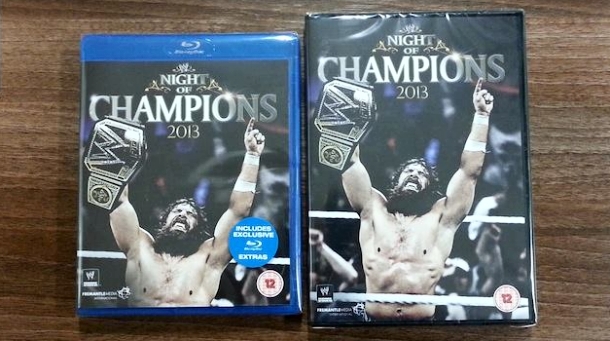 Price drop on the WWE Hell in a Cell 2013 DVD! It’s down to $10.99 here on Amazon.com, which follows a recent trend of lower than usual prices for the new PPV DVDs.

The new Hell in a Cell DVD hits stores on Tuesday, November 26th.

Below, check out the 6 WWF/WWE DVDs that sold for the most cash on eBay within the past one month! How many of these rarities do you have in your collection? 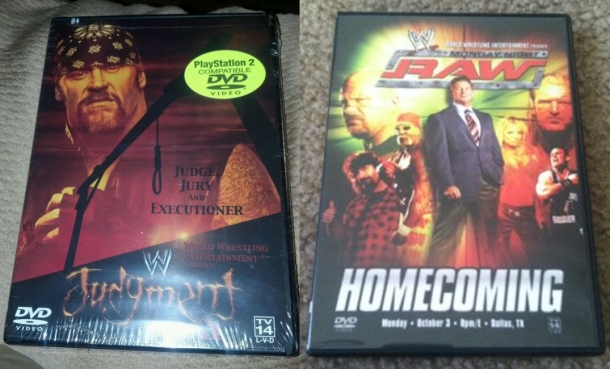 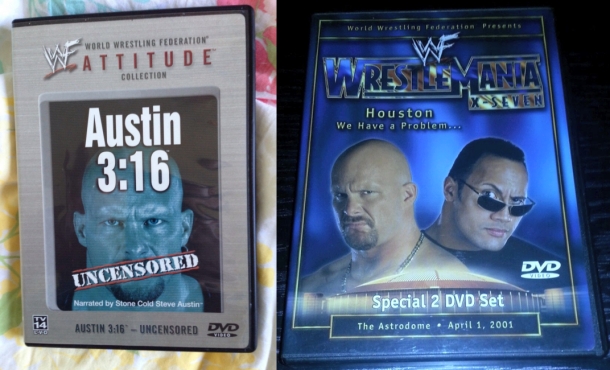 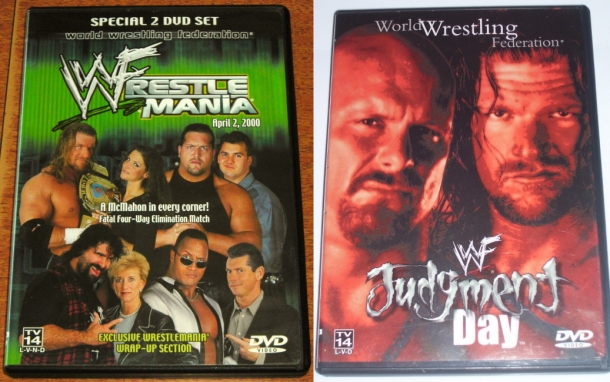