Warner Bros. Home Entertainment will be the new WWE Home Video distributor in the domestic United States market beginning January 2015, as mentioned earlier this week. This primarily came about because WWE and their existing distributor Cinedigm could not come to terms financially on a new deal when negotiating a few months ago.

As a result of the changeover there appears to be some delay on solid information and pre-orders of the WWE DVD/Blu-ray releases that are coming early in the new year. We expect this to change soon as WWE’s working relation with Cinedigm comes to an end.

One of the scheduled WWE DVD/Blu-ray releases for 2015 is ECW Unreleased Volume 3. WWE and hosts Joey Styles, Stevie Richards and The Blue Meanie are set to begin filming segments for the DVD this week at WWE Headquarters. The photos below show the set being used for the filming, as tweeted out yesterday by Arda Ocal. 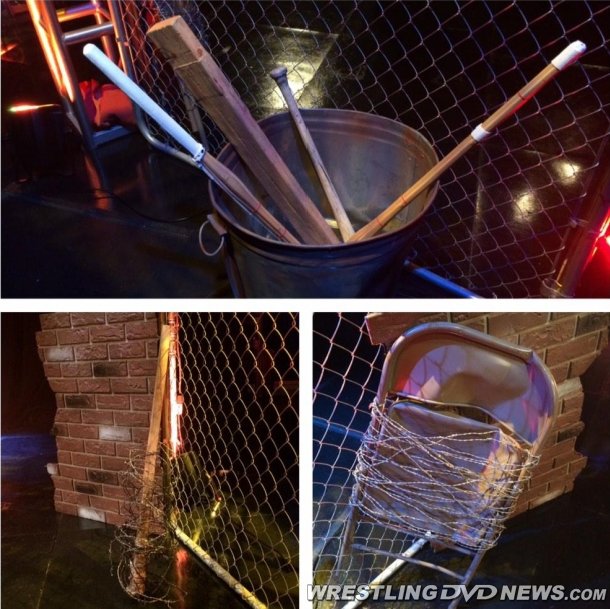 According to Joey Styles the new “ECW Unreleased Vol. 3” DVD/Blu-ray will be coming in January, although we would consider that tentative. We’ve heard rumblings of “Best of RAW & Smackdown 2014” being released in January (DVD only) and can confirm that “Best PPV Matches 2014” will not be going ahead in the US due to the series being cancelled.

The new WWE DVD on The Shield, titled “The Destruction of The Shield”, an expanded version of the WWE Network documentary, will most likely be a February release.

Although there is less information available on them, the new Chris Jericho and “Best of WCW Nitro Vol. 3” DVDs also look to be confirmed for next year. WWE is definitely working on projects for Jerry Lawler and Ultimate Warrior right now but it remains to be seen if those are Home Video titles or Network content. There’s also talk of a Bruno Sammartino feature. 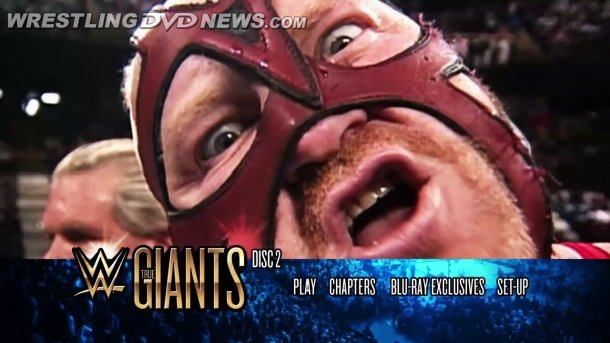 The new “True Giants” WWE DVD and Blu-ray set is coming on December 9th. Here’s a first look and the official trailer for the release. The trailer comes courtesy of WWEDVD.co.uk who will be releasing “True Giants” first to fans in UK/Europe on December 1st.

An interview with artist Rob Schamberger is featured in the Blu-ray exclusives of “True Giants”. His artwork is shown throughout the DVD/Blu-ray such as in the main intro video and when introducing video packages on each “giant”. A few screenshots follow below. 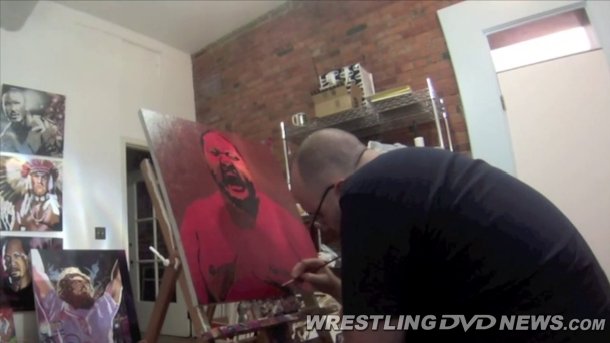 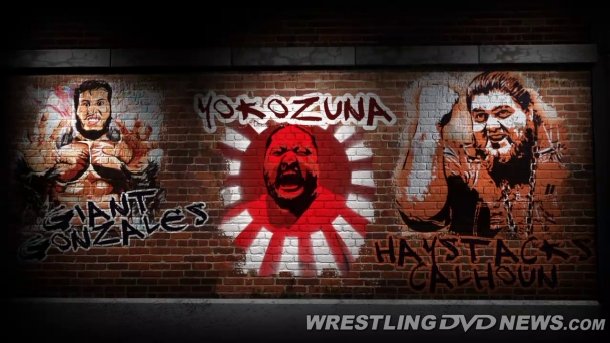 Click here to pre-order the WWE “True Giants” with Amazon.com.

You may have noticed that even though the new “Slam City” DVD is meant to be released this month, it has not yet been listed to purchase on retail sites such as Amazon.

New information reveals the title to be a Walmart exclusive in the United States. You should be able to find it available online and in-store this week or next, if not already.

OUT-OF-PRINT STUFF: Look below for several WWF/WWE DVD goodies expiring in eBay auctions today. Copies of the now out-of-print WrestleMania 24 on both DVD and Blu-ray are up for grabs, and several rare WWF titles such as WrestleMania X-Seven.