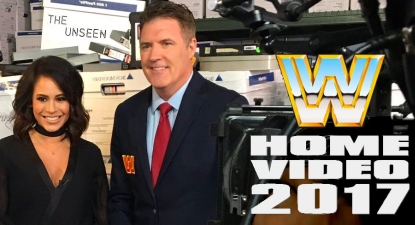 Last month’s imminent reveal of a “major” WWE DVD on the 2017 Home Video schedule turned out to be one that will filled with entirely never-before-seen footage:

The working title we have right now for the compilation is “WWE Unreleased: 1986-1995” which the company has previously listed on fan surveys. As you know, there will be two hosts for this one – WWE personality Charly Caruso and a returning Sean Mooney!

A source in the know gave us this little hint on the match selections this week:

The matches selected feature some of the biggest stars of the day, during that period, and a few surprises.

While Sean Mooney himself commented on the project in a recent tweet:

Even I can’t wait to see it. The crew putting it together did a tremendous amount of research. #GreatMatches #WWE #LegacyCrew

WrestlingDVDNetwork.com can now exclusively reveal the first scheduled release date for the hotly-anticipated 3-disc DVD set as September 4th, 2017 to fans in the United Kingdom. 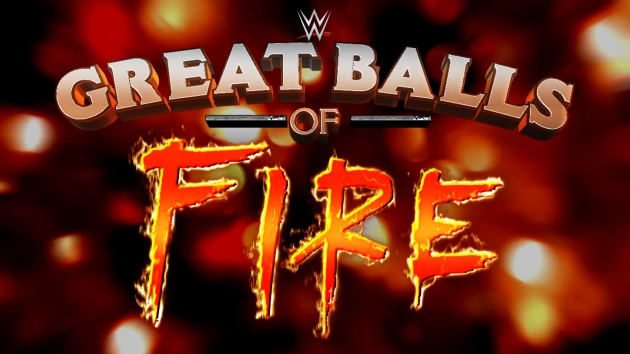 The new date for “Unreleased: 1986-1995” appears on the UK’s WWE DVD schedule for Q3 2017 which we can unveil for the first time below. It also confirms that most will be DVD-only releases and that WWE’s new PPV “Great Balls of Fire” has just been scheduled for a double pack.

Heads up, WrestleMania 33 will release on DVD, Blu-ray and Steelbook Blu-ray this Tuesday in the United States, 2 weeks later in Australia, and early next month in the UK!

Click here to get your WrestleMania 33 DVD or Blu-ray from Amazon.com…

It’s time for a look an the official trailer for the WM33 DVD:

We can report that Walmart stores will be offering a store exclusive version of the WrestleMania 33 DVD which includes a John Cena Fathead (wall decal) inside, the cover art for which is below.

A special thanks to WDN reader “MikaLika25” for sending word! 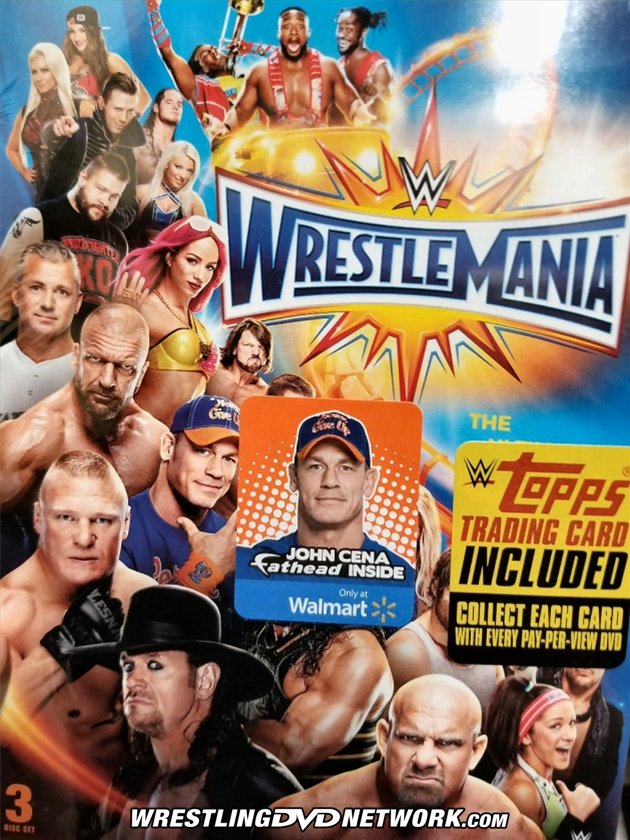 Get your copy of WRESTLEMANIA 33 on DVD, Blu-ray or Steelbook…

– United States: This Tuesday! Get the WrestleMania 33 DVD soon here on Amazon.com.

That includes DVDs too, such as the following multi-disc sets and PPV titles: 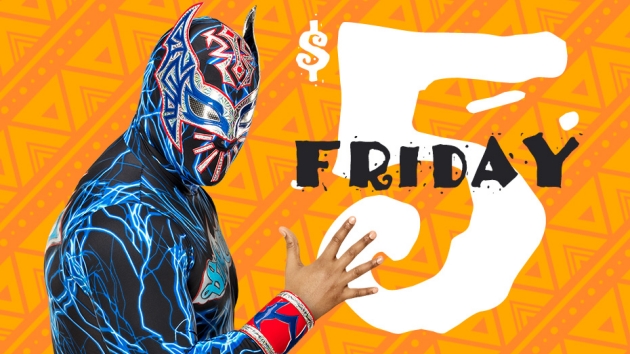 Get a look at all of these WWE DVD rarities up for grabs on eBay auctions over the weekend, chief among them a “Special Collector’s Edition” Trish DVD complete with bobblehead… 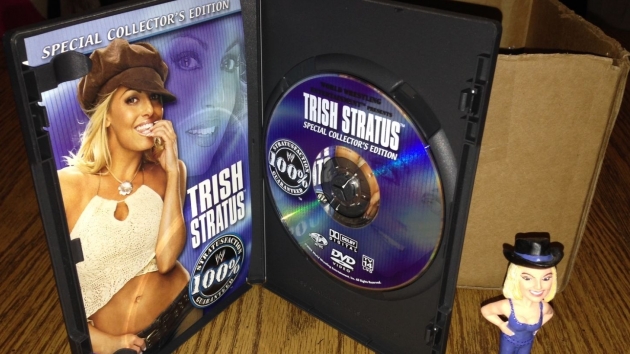 All of these OOP WWF DVDs are going cheap, including the original Hardy Boyz DVD…

And several of the tricky-to-find, original ECW DVDs too…