Latest Out-Of-Print WWE DVDs, Batista Hits The UK, What Is ‘Men of Mayhem’? 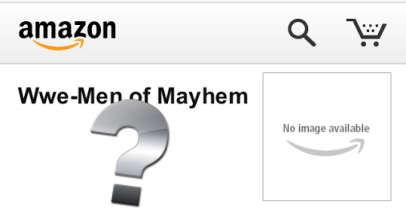 Back in April a new “WWE: Men of Mayhem” DVD listing surfaced which led to speculation what that title might be. The DVD has released and we now know what exactly it is. 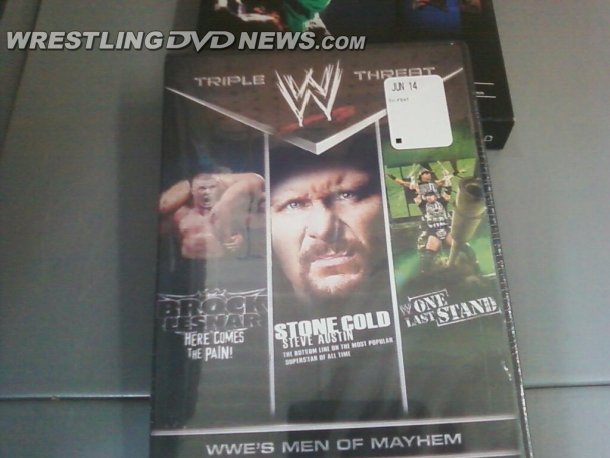 Thanks goes to WDN reader MrBZac for passing along this photo!

These double/triple feature sets are typically Walmart exclusives, and this one will be available in-store at Walmart, but “Men of Mayhem” is also listed here on Amazon.com, where third party sellers have it from $9.46.

“Batista – The Animal Unleashed” officially hits the United Kingdom and Europe today! You can get your copy over at WWEDVD.co.uk for £19.99 on DVD, or £22.99 on Blu-ray. 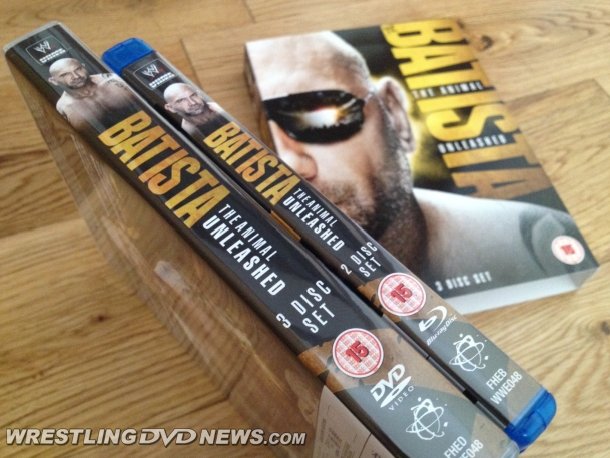 OUT-OF-PRINT: The following 6 WWE DVD titles have recently been found to have gone out-of-print in the United States market. You may recall around about this time last year word came through that 50 older WWE DVDs had been taken out-of-print in the same vein.

When pre-ordering the new “Harley Race: Greatest Wrestler on God’s Green Earth” DVD here on Highspots.com before July 30th, you can get yours signed by Harley for FREE!

Below is the planned cover artwork of the DVD and the official synopsis to read.

Harley Race: The Greatest Wrestler on God’s Green Earth takes a look at one of wrestling’s biggest attractions of the 70’s and 80’s. In the world of professional wrestling there is no one else like Harley Race he is truly a one of a kind. When people talk about Harley Race they talk about respect and toughness.

On this 2 disc DVD set you will hear from Harley Race like you never have before as he opens up about his life and career. From his beginnings on the carnival circuit, to teaming with Larry Henning, the 8 NWA World Title reigns, passing the torch to Ric Flair at Starrcade 83, what it was like working for Vince McMahon, and so much more. Also you will hear from all the key figures throughout Harley’s career, the people who helped and witnessed his success.

When people put a list of all time great wrestler’s together Harley Race is at the top of most of them because he is The Greatest Wrestler On God’s Green Earth.

There’s a potential good deal ($9.50) to be had today on the “Ultimate Fan Edition: Edge” DVD box set, originally a Best Buy exclusive. Take a look here on eBay.com for the auction.

A few other WWE/F DVD goodies finishing up today on eBay are as follows: