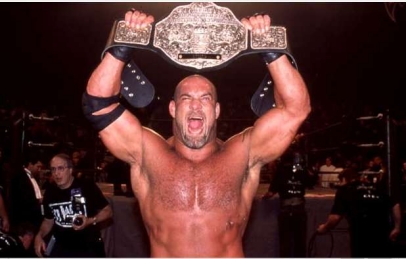 We’ve had a peek at a latest draft of the 2013 WWE DVD schedule and can now give some exclusive updates on the titles in the works for the remainder of the year.

As you know this month there are the new Mick Foley and In Your House DVDs on the way. May has WrestleMania 29 and Top 50 Rivalries. The War Games DVD drops in June and the ECW Unreleased Vol. 2 set in July.

Beyond that we can confirm the Best of Madison Square Garden is still planned and according to our information this will be 3 disc DVD and 2 disc Blu-ray. That is currently penciled in for August 27 release to the US, and September 9 to the UK at WWEDVD.co.uk.

“Best of Mid-South Wrestling”, which JR has confirmed he’s been working on with WWE lately, is the next along. That’s planned to be a 3-DVD and 2-BD set and is scheduled for September 10 US, September 16 to the UK.

The Triple H bio is also down as a 3 disc DVD, 2 disc Blu-ray and we know WWE has already begun production on it. As of now that’s coming September 24, October 7 to the UK.

Goldberg’s DVD is still on the schedule. It is emphasised on there as a match compilation so don’t expect a documentary. Perhaps no involvement from Goldberg at all. The 3-DVD/2-BD is down for October 8, and currently slightly earlier to the UK on September 30.

The Money in the Bank Anthology, which we recently learned will be hosted by The Miz is also down as a 3 disc DVD, 2 disc Blu-ray and as of now will be released on October 29, November 11 to the UK.

“History of WWE”, yet another title down as a 3 disc DVD and 2 disc Blu-ray, is also still in the works right now. As of now that’s to be released on November 19 to the US, but slightly earlier to the UK on November 4.

We currently have no further details on the Raw 20th Anniversary box set which was listed for December release on previous schedules.

Win a copy of Bret Hart: The Dungeon Collection at the end of this month. Active members of WDN Community, our new social network and forum integrated with the site, are eligible to win WWE DVDs prizes each and every month! 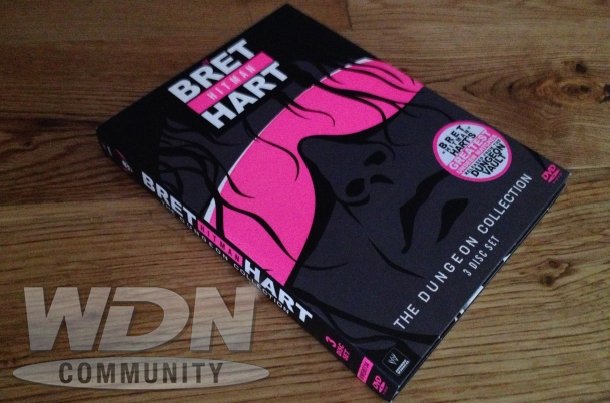 The next release to UK/Europe is the Royal Rumble 2013 DVD and Blu-ray which is officially available from Monday. Fans there can order a copy now at WWEDVD.co.uk. 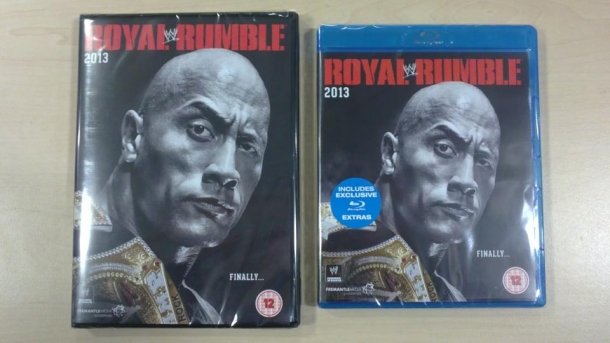 This Wrestlemania X-Seven DVD sold for $103.50 yesterday here on eBay.com 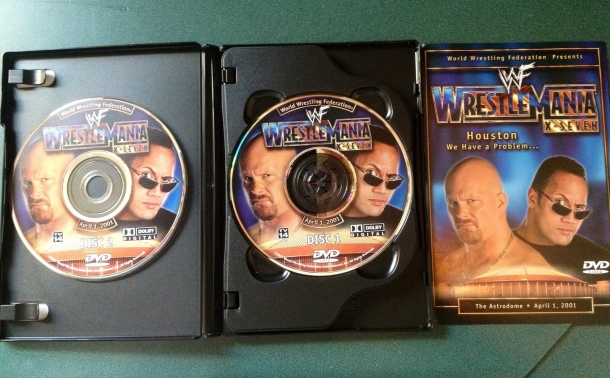