The “Batista: Animal Unleashed” DVD/Blu-ray on the way for June will have a short documentary, as revealed yesterday.

We’re hearing that the documentary will be centered around Batista’s 2014 return to WWE and subsequent Royal Rumble victory, rather than retelling his life story. It’s likely to be made up of footage shot when WWE camera crews followed Batista around going into the Rumble event. In between that will be interview bits both with himself and other personalities.

Speaking of Batista documentaries, his first from 2009 is advertised to air on the WWE Network from this Saturday. For some time this week it could be streamed early and it is noteworthy that the piece is shown in widescreen format, rather than the fullscreen format of the DVD release.

One of WWE’s upcoming releases this month is “Greatest Wrestling Factions“. As of today the DVD and Blu-ray is now up to pre-order here at WWEShop.com.

The WrestleMania 30 DVD/Blu-ray has not yet been listed there.

Below is a first screenshot from the new Factions DVD which shows the style of patterned sidebars you can expect to see when older footage is presented. 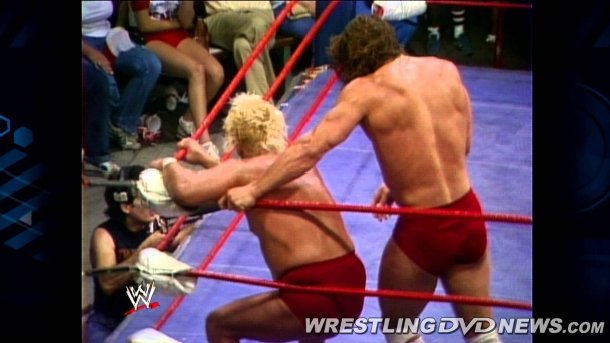 Latest word on the new Undertaker/Kane DVD is that it indeed will be a budget 1-disc title. The DVD, tentatively titled “Brothers of Destruction“, is in fact not expected to focus on their rivalry but instead profile the duo only as a tag team and alliance.

Certain wrestling websites this week speculated incorrectly that this DVD would have the same format as “Greatest Rivalries: Shawn vs. Bret”. With this being planned as a single disc title, and unlikely to feature a sit-down interview, having the same format would be a reach.

As you’ve heard previously, right now the DVD is only listed for pre-order on UK retail sites. However, this does not look to be a UK exclusive and is expected to be released worldwide. Further details for the US market should be coming very soon.

Here’s a new preview clip of Roddy Piper’s interview in “Timeline – History of WWE: 1984“. Look back in our latest articles this week for a review of the new DVD and be sure to order a copy of your own through KayfabeCommentaries.com. 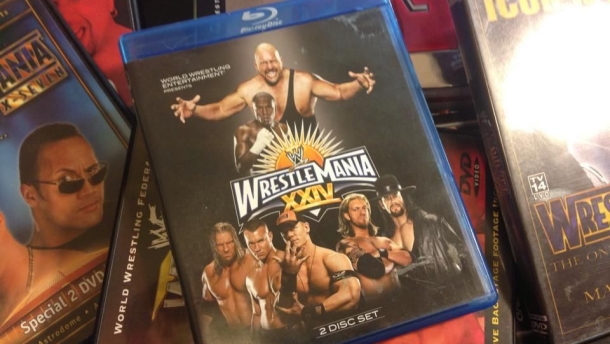