First up, the working title is “WWE Presents… Wrestling’s Greatest Factions“. This one is scheduled for release on both DVD and Blu-ray formats on May 27th.

The synopsis is exclusively revealed below. It suggests the focus of the DVD will be an extensive match compilation, with a short bio on chosen factions also expected.

For decades, Superstars have sought allies and banded together for strength in numbers. From the Four Horsemen to the n.W.o, DX, The Nexus, The Shield, and everyone in between, factions are as woven into the fabric of sports-entertainment as the rules they tend to ignore. Now, WWE celebrates the biggest, baddest and coolest factions in history.

From those who influenced generations of Superstars to those who just ran roughshod over the competition, this 3-disc DVD/2-disc Blu-ray presents a brief history of the top factions from all eras and collects several of the greatest matches and moments that made each one a household name. Also featuring The Fabulous Freebirds, The Nation of Domination, Evolution, The Heenan Family, Straight Edge Society and much more!

Going off all promotional material for the DVD and Blu-ray that we’ve received to date, the following factions have so far been named:

D-Generation X, Evolution, nWo, The Corporation, The Dangerous Alliance, The Fabulous Freebirds, The Four Horsemen, The Hart Foundation, The Heenan Family, The Ministry of Darkness, The Nation of Domination, The Nexus, The Shield, and The Straight Edge Society.

Released today here at WWEDVD.co.uk is “WWE Live in the UK: November 2013“. 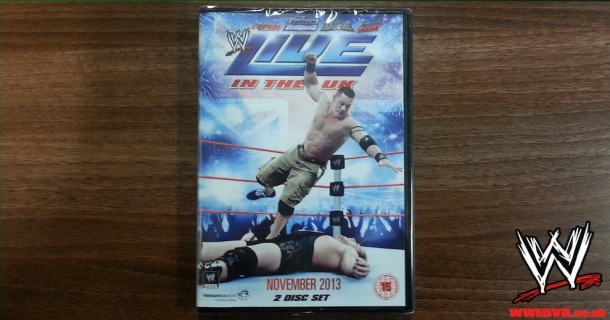 The 2-disc DVD contains RAW, Smackdown, Superstars and Main Event from the last UK tour. Included as an extra is the Triple H vs. Undertaker match from Insurrextion 2002. 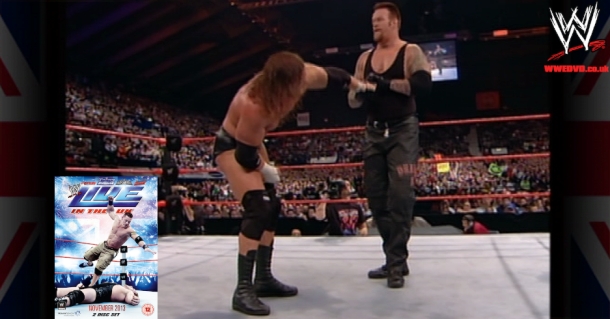 Tonight, the new edition of “Timeline: The History of WCW” will be made available at KayfabeCommentaries.com, both via DVD and On Demand. Vader takes you through the year 1993 in WCW, having just won the championship in December 1992. 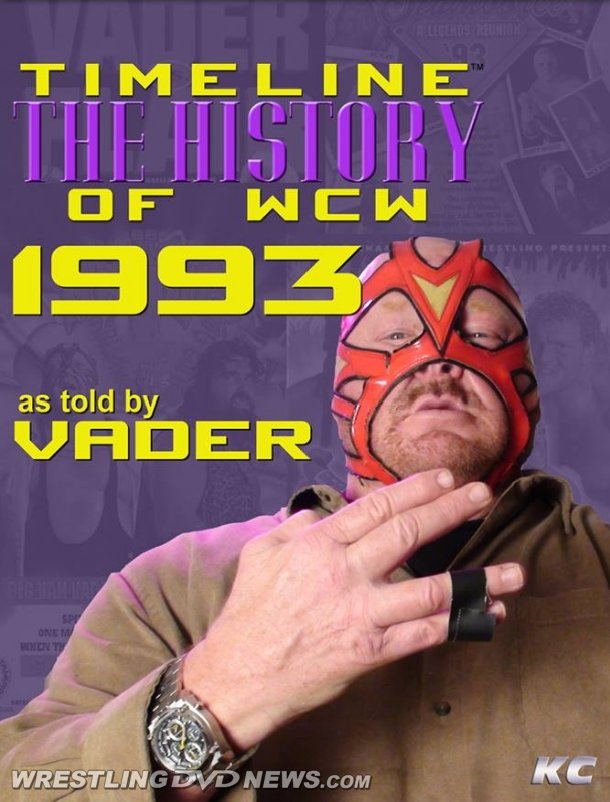 The latest on the price rises of the limited edition “RAW 20th Anniversary Collection” DVD box set sees Amazon sellers now listing it for no less than $100. Copies of the DVD in new condition have sold this month on eBay between $89.99 and $199.99.

This auction on eBay.com, currently bid up to $74.99, is finishing later today. 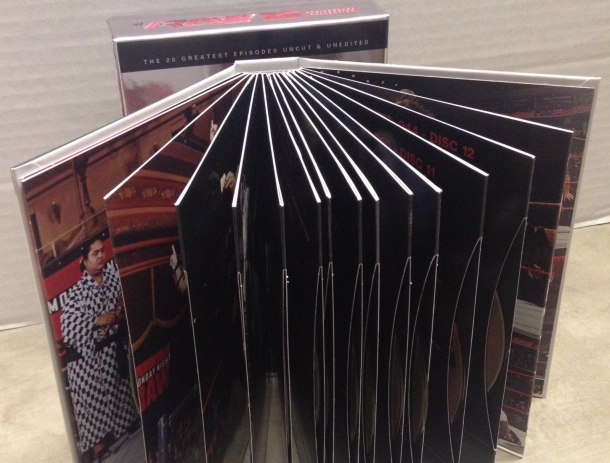 Below are new cover shots of the “Double Feature” and “Triple Threat” WWE DVD packs coming March 11th. Given the number of discs in each, they are likely to include the first discs of each of the re-released titles. Get them here on Amazon.com for $13.44. 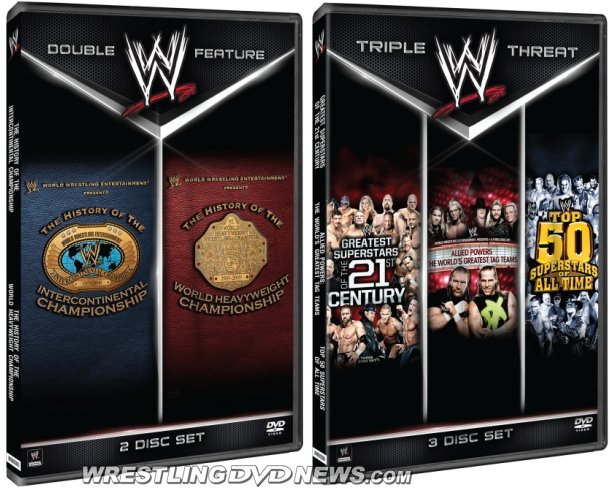