Good news! You can now take a further 20% off the prices of DVDs and Blu-rays included in WWEShop’s new “DVD Event” sale, which began yesterday.

Simply use promo code “SD20” here on WWEShop.com, when checking out. The code is valid today only (Friday). Below are some top picks from the sale with the new discount.

RAW After the Show.

Click here to see all 200+ DVD/Blu-ray deals at WWEShop.com….

Several new show types are being considered for the WWE Network.

Revealed below are 14 concepts which include talk shows, news shows, documentaries and various reality series ideas. Take the poll to choose which shows appeal to you. 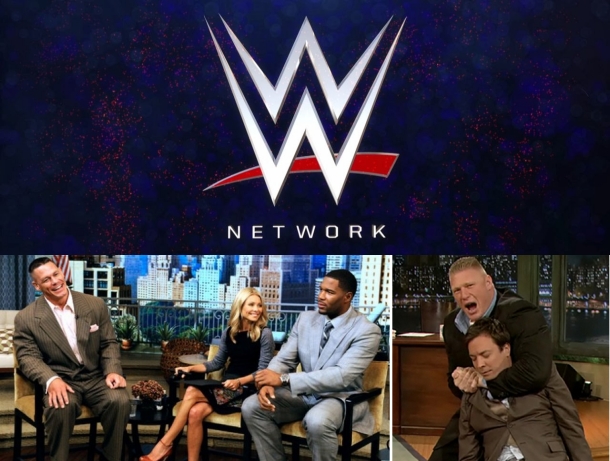 • News (Comedic):
News show about all things WWE. Presented with a comedic slant like the Daily Show with Jon Stewart or The Colbert Report.

• News (Serious):
A news show about all things WWE. Presented with a more serious approach like ESPN’s SportsCenter.

• In-Ring:
New additions to the existing in-ring show line-up, such as RAW, Main Event, and NXT.

• Game Shows:
Superstars hosting, or being involved in, WWE-themed game shows in which fans compete for cash prizes like on Cash Cab, Jeopardy!, and Family Feud.

• Talk Shows:
Intimate and exclusive interviews with Superstars, Legends and Divas in a Late Show with David Letterman or Tonight Show format and similar to Real Sports with Bryant Gumbel.

• Animated:
New additions to the existing animated programming line-up, such as Slam City.

• Reality: Docu-series:
Unscripted reality shows that explore the daily lives of Superstars, like seen on Total Divas or similar to Deadliest Catch or Dog The Bounty Hunter.

• Reality: Lifestyle:
Reality shows that explore the lifestyle of a Superstar, like foods they crave and places they like to travel. Similar to Diners, Drive-Ins and Dives, or Anthony Bourdain: Parts Unknown.

• Reality: Competition (In-Ring):
“In-ring” competition shows, like Tough Enough. The new season of Tough Enough has been confirmed for the Network and begins filming soon at the WWE Performance Center.

• Reality: Competition (Outside The Ring):
Competition shows that have Superstars, Divas and Legends competing against each other outside the ring like on Amazing Race or Shaq Vs.

• Reality: Buying/Selling:
Reality shows looking at collecting habits of Superstars, or buying and selling pop culture memorabilia or antiques, like on Pawn Stars or American Pickers.

• Reality: Survival:
Reality shows featuring Superstars, Divas, and Legends attempting to survive in the wild, like on Dude You’re Screwed, or Survivorman.

• Reality: Prank Shows:
Reality shows featuring Superstars, Divas and Legends “punking” and pranking each other like on Punk’d or Impractical Jokers.