The CM Punk video package which aired on the debut episode of WWE Main Event this week was made up of clips from the documentary in the “Best in the World” DVD, including its intro. You can watch it again below.

The 2-hour CM Punk documentary will be screened tonight at Portage theater in Chicago, a first for a WWE DVD. The man himself will be hosting the event.

Fans in the UK can get hold of the CM Punk DVD and Blu-ray right now at Silvervision.co.uk. Both are in stock now, and below is a pic of the DVD version in Europe. 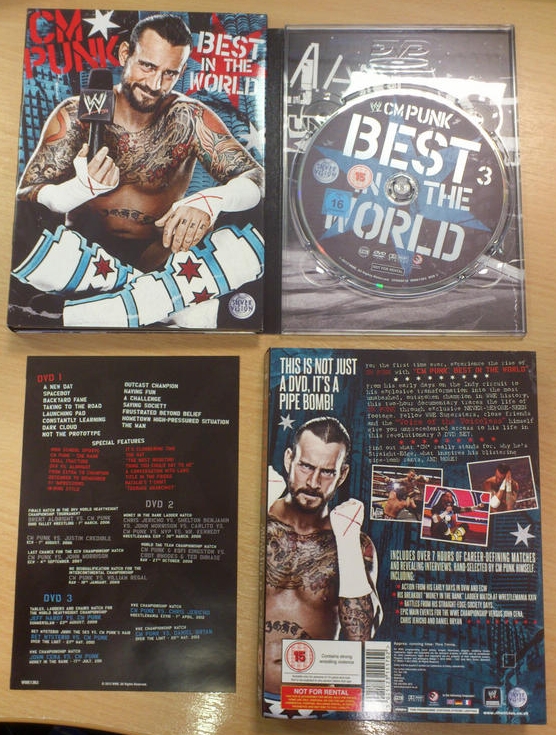 Australians can get the Punk DVD first from WWEDVD.com.au where it is shipping any day now, and it releases to the United States next Tuesday. Click to pre-order yours. 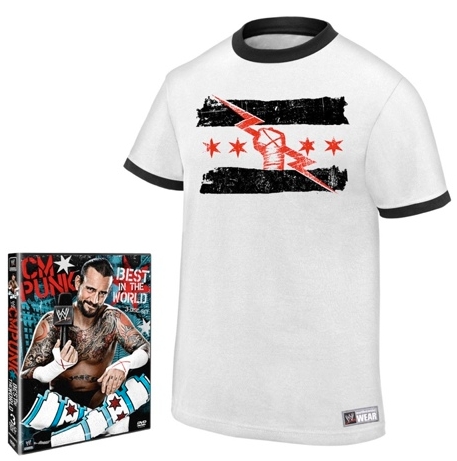 WWEShop.com has this exclusive package available to order, in which you can get the CM Punk DVD (or Blu-ray) bundled with his white shirt. Click to grab that.

A store exclusive version at FYE stores in the US will have CM Punk wristbands.

Lastly today, and speaking of WWEShop, they have unannounced price reductions on a number of older WWE DVD and Blu-ray titles. Volume 1 and 3 of the WrestleMania Anthology are priced at just $11.99 each. Blu-ray versions of Over the Limit 2011, Elimination Chamber 2011, and Extreme Rules 2011 are down to $6.99 each (Go see those and more).