It was about 2 months ago when wrestling fans had the opportunity to watch Stone Cold Steve Austin interview his longtime rival – Vince McMahon. The 1-hour and 15 minute interview provided WWE Network subscribers with some must-see programming that seemed to be sorely lacking at the time. As a longtime fan of the Steve Austin Show on PodcastOne, I knew he was the perfect person to conduct this interview because of his great personal rapport with Vince and enduring trust of the WWE decision makers.

Last time, Steve touched on some of the hot button issues at the time including the CM Punk situation, details behind The Undertaker’s streak ending, and the lack of ambition in the WWE locker room. Vince was playing ball that particular night and answered most questions with a palpable sense of honesty and candor. Quite frankly, I was surprised Vince found a way to answer most of the questions without letting his corporate filter get in the way.

I can confidently say that aside from last year’s WrestleMania, the Austin/McMahon podcast was my favorite original production on the WWE Network. 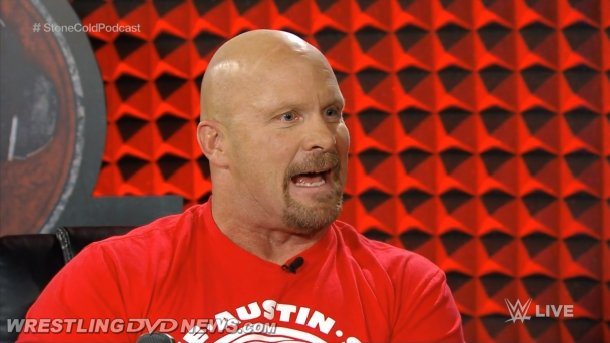 Luckily for fans, Stone Cold decided to unleash another can of audio whoop ass on the WWE Network with the COO of the WWE, former tag-team partner, and another longtime rival – Triple H. I had incredibly high expectations for this WWE Network production since the last one provided fans with a glimpse inside the mind of the most important man in the history of professional wrestling. Would Triple H prove to be a worthy successor to Vince McMahon? Take a look at some of the main talking points and decide for yourself! 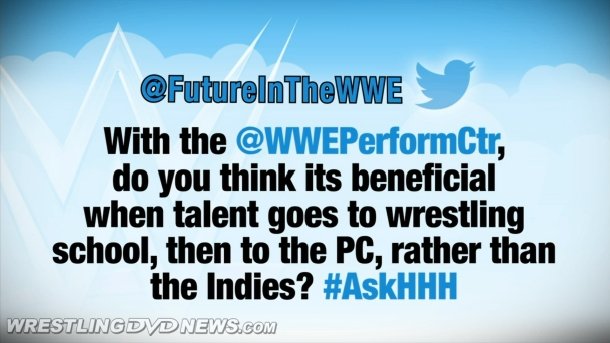 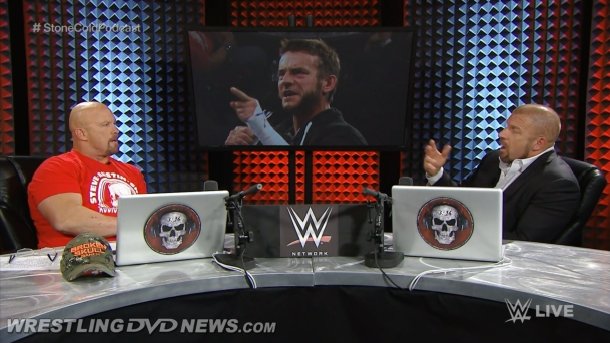 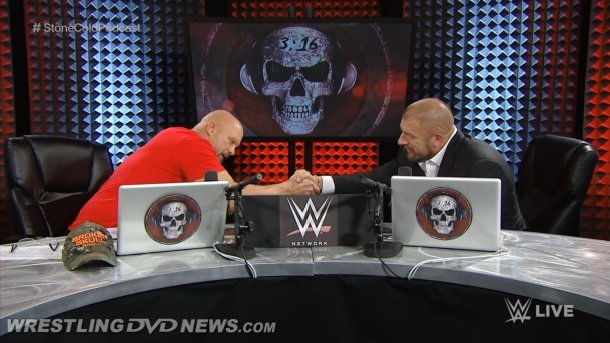 Although the second edition may not prove to be as gripping as the first, I feel it is my duty as a reviewer to give this WWE Network special the highest possible recommendation.

It is clear that WWE is making an effort to cater to their “smart” audience by providing them with content that extends past the ring. I think the WWE should consider keeping these episodes on the schedule every month or so. Even though the two biggest names behind the scenes have now been interviewed already, I think there could be some more interesting interviews to be conducted in the future. If you haven’t checked this interview out by now, please do yourself a favor and open a new browser and type “network.wwe.com”, search for the Austin podcast, and remind yourself why you have a subscription to the WWE Network.

You can watch a short preview of the podcast in the clip below – Stone Cold asks Triple H his opinion on whether or not The Undertaker’s streak should have ever been broken.

If you haven’t subscribed to the WWE Network before (why haven’t you?!) then February is your chance to get an entire month for FREE! Sign up now at WWE.com and take advantage of a free month and see the Fast Lane PPV and the latest NXT Take Over special.