Inside are six video previews of the highly anticipated documentary portion, new photos of the Collector’s Edition box set, and a special weekend deal on that box set.

Post by Adm Wdn.
WEEKEND TIP: Today (and through this weekend only) you can get the Randy Savage Collector’s Edition box set down to $87.23 shipped by using promo code “HAPPY”.

Click here to WWEShop.com or the below image to grab this deal. 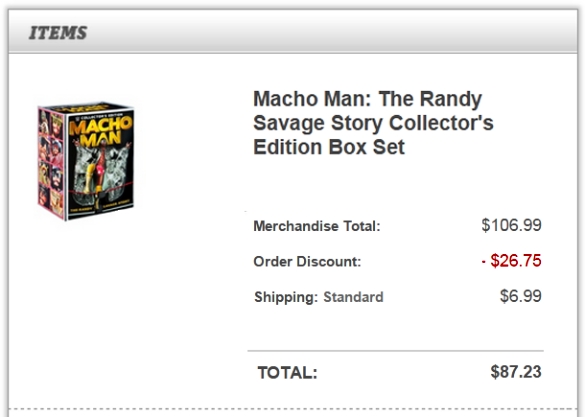 The new “Randy Savage Story” DVD will include a 1 hour and 30 minute documentary on the first disc and 15 matches as extras on the remaining discs. The Blu-ray version will feature an additional 4 matches and a series of extra stories too.

More shots of the Collector’s Edition box set and its content have come through, as you can see shown below. Artwork by Rob Schamberger features on the sides of the outer box. 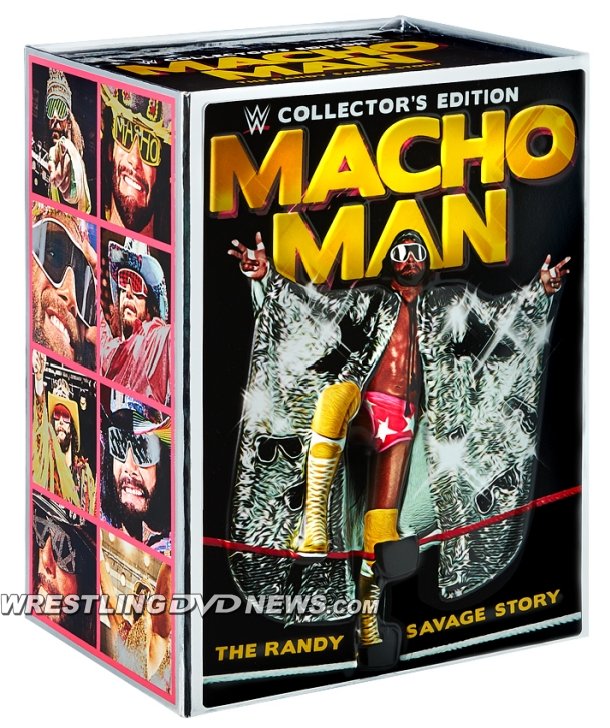 WWEDVD.co.uk, who will be releasing the “Randy Savage Story” DVD/Blu-ray first to fans in the UK and Europe, have revealed this new preview clip of the documentary.

The video clip looks at the Macho Man’s arrival in World Championship Wrestling.

The Collector’s box set will be available in the United States, Canada and Australia. The runtime on that is approximately 17 hours in total with the new DVD and the 2009 released “Macho Madness” DVD. The full contents in the package will be the following:

You can get a closer look at the T-Shirt included, in the WWEShop.com product listing. 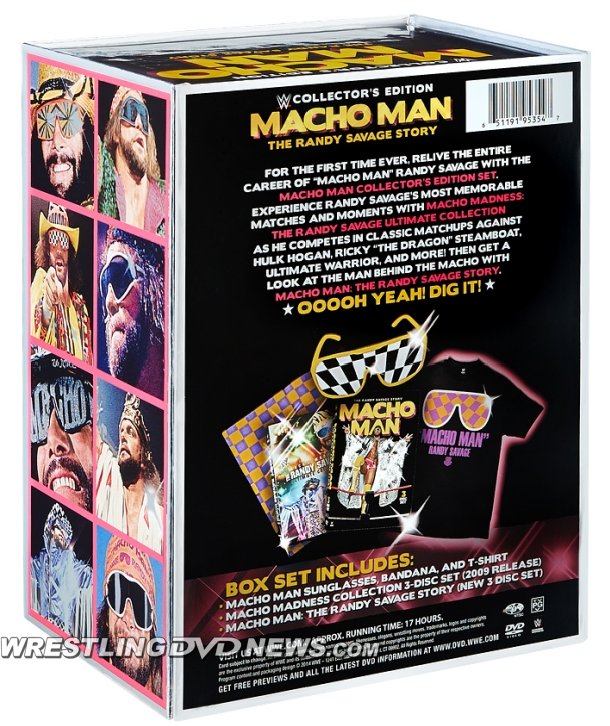 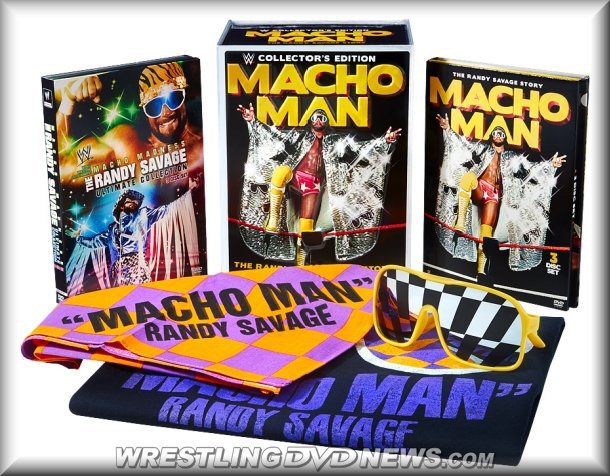 If you missed any of the exclusive video previews we revealed here at WrestlingDVDNews.com over the past few weeks to hype up the new release, here they are to watch again below.

– UK/Europe: This Monday! Get it from WWEDVD.co.uk.

– USA: This Tuesday! Get it from Amazon.com or WWEShop.com.

– Australia: December 3rd. Get it at WWEDVD.com.au.