We have some disappointing news to report today relating to the December “Raw 20th Anniversary Collection” box set.

For North America and Australia the Blu-ray edition of the Raw box set looks to have been cancelled. This according to WWEDVD.com.au, the official distributor of WWE DVDs and Blu-rays in Australia.

As you may know, the Australian market typically follows that of the US for WWE DVD releases, and it was mentioned on the Facebook page of the Australian distributor that the Raw 20th Anniversary Collection will no longer see a US Blu-ray release.

The Blu-ray was removed from the Australian site, with only the DVD version now available. Today it has also been removed from Amazon.com, as you can see here. Those who have pre-ordered it from the US Amazon will likely be receiving cancellation notices soon.

There is nothing solid currently known for the United Kingdom and Europe since release details of the Raw box set to that market have not yet been confirmed.

To clarify, the “Raw 20th Anniversary Collection” is still on the way for December 3rd release but it is now very likely to be produced only on DVD format.

Amid this breaking news, WWE have released preliminary cover artwork for the box set which you can check out below. This may or may not turn out to be the final artwork. 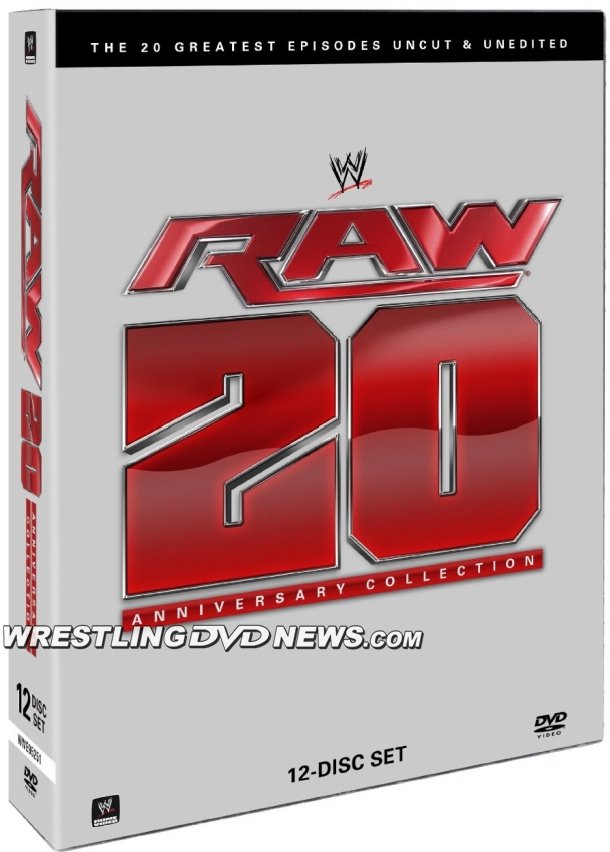 The 12-disc collection will contain the 20 greatest episodes of Raw “uncut and unedited” in a deluxe box set. It can be pre-ordered now at this link for $79.99, and will be released on December 3rd to the US, December 4th to Australia, and is expected to hit Europe in January.