Following the exclusive announcement of the Best of Nitro Vol. 2 Match Listing, today WWEDVDNews can release the full content listing for The Best of Raw and SmackDown 2012 DVD and Blu-ray!

This post is sponsored by FremantleMedia Enterprises. The new home for WWE DVDs and Blu-ray in the UK and Europe launches this month at WWEDVD.co.uk. 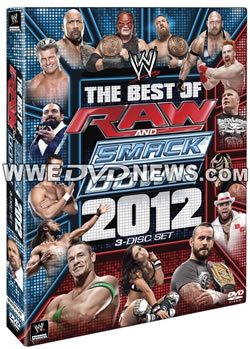 Fatal 4-Way Match to Determine the #1 Contender for the World Heavyweight Title
Dolph Ziggler vs. Christian vs. Jack Swagger vs. The Great Khali
RAW • June 11, 2012

Respect for the Champion 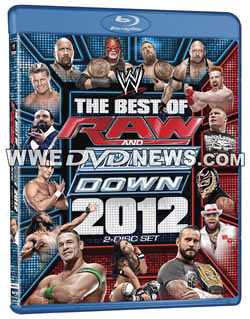 The Best of Raw and SmackDown 2012 is released on January 29th to the United States and is available to pre-order now by clicking here. It will also be released to Australia in early February at WWEDVD.com.au.

Fans in the UK and Europe look out for The Best of Raw & SmackDown 2012 later this year at the new home for WWE DVDs and Blu-ray – WWEDVD.co.uk – launching this month.

Brian Myers To Appear At WrestlePro Alaska Event This September