EXCLUSIVE: Match Listing Revealed for WWE The Best of In Your House DVD

After giving you a sneak peek at two of the matches featured on this April’s WWE: The Best of In Your House DVD and Blu-ray earlier this week, we can now exclusively reveal the complete match listing!

[Notice: Kindly link back to this article if you are using any portion of the contents.]

This post is sponsored by FremantleMedia Enterprises. The new home for WWE DVDs and Blu-ray in the UK and Europe is now live at WWEDVD.co.uk. 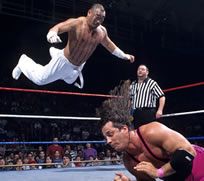 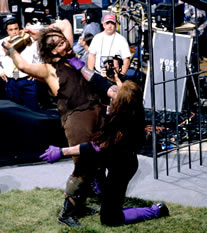 No Holds Barred Match for the WWE Championship
Shawn Michaels vs. Diesel
In Your House: Good Friends, Better Enemies • April 28, 1996

That’s Why They Play The Game

Buried Alive Match
The Undertaker vs. Mankind
In Your House: Buried Alive • October 20, 1996

Four Corners Match for the Vacant WWE Championship
Stone Cold Steve Austin vs. Bret Hart vs. Vader vs. The Undertaker
In Your House: Final Four • February 16, 1997

Back in the Saddle

Shawn Michaels vs. The Undertaker
Ground Zero: In Your House • September 7, 1997

Victory at All Costs

A Trip Down Memory Lane 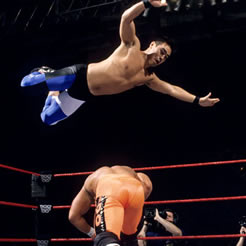 In Your House Sweepstakes Winner

The Best of WWE In Your House 3-disc DVD & 2-disc Blu-ray is released first on April 30th to the United States and is available to pre-order by clicking here.

It follows on to the Australian market in early May when ordering at WWEDVD.com.au.

Fans in the UK and Europe look out for The Best of In Your House DVD and Blu-ray on May 27th at the new home for WWE DVDs and Blu-ray – WWEDVD.co.uk!