WrestlingDVDNews.com can now reveal the full content for “Brothers of Destruction“, the new single-disc WWE DVD on Undertaker and Kane, slated for September release.

We can also confirm that this title will be seeing a release on Blu-ray format exclusively in the UK and Europe. Extra matches for that version are still under consideration at this time.

The Brothers of Destruction

Update: Extra matches for a Blu-ray edition have now been revealed, at this link:
WWE ‘Brothers of Destruction’ Blu-Ray Extras Revealed… 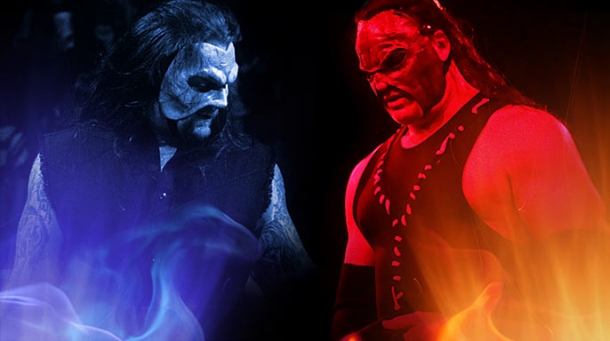 There will be 3 winners of this giveaway! The top prize will be both the DVD and a figure, as pictured below. The remaining two winners will each get a Batista figure. 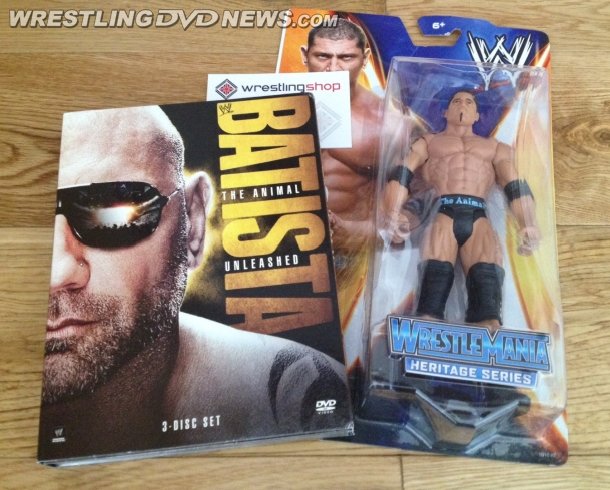 Full entry details are below. Be sure to check out WrestlingShop.com’s WWE Figures.

Leave a comment below this article stating your favorite Batista match or moment!

Just for fun and discussion – the winners of the giveaway will be chosen at random from all comments. Make sure to use your real email address so we have a means of contacting you should you be our selected winner. Your email will not be displayed with comments.

· Entries close on June 14th, 2014.
· Strictly one entry per person (this will be checked).
· Only real email addresses will be eligible.
· Winners to be chosen at random from all entries.
· Worldwide entry is allowed.

WEEKEND EBAY DEALS: A heads up on these rare WWF WrestleMania DVDs ending on eBay within the next few days, and a collection of 62 wrestling DVDs/Blu-rays today!