The Blu-ray is sure to have you saying “YES!” as we hear it’s packed with 8 hours and 30 minutes of footage, the main feature being an extended version of the WWE Network special on Bryan. Extras will include 18 matches and new interview segments with the man himself!

WWEDVD.co.uk is scheduled to release “Daniel Bryan: Just Say YES!” to fans in the UK and Europe this June! Look for a pre-order announcement in the coming weeks.
DAY 2 – “FAMILY”

All you’ve got to do is sign up to our e-mail subscription service and if you already subscribed, then you are already automatically entered without doing a thing. The winner will be selected just 1 day after the FULL content of the new Daniel Bryan DVD/Blu-ray is unveiled.

The giveaway is open WORLDWIDE! Please note that the WrestleMania 30 DVD offered in the package is Region 1 format and the T-Shirt offered is adult size Large.

Fancy your chances? Here’s how to enter to win the WrestleMania package…

3) Enjoy the breaking news updates and the chance to win the WrestleMania package – you will contacted at the same e-mail address if you are selected as the winner!

KayfabeCommentaries.com officially releases “YouShoot: Alberto El Patron” today, their new shoot interview with the former WWE Superstar. You can watch the trailer below.

That’s available on DVD and streaming On Demand. There’s a limited number of “Signature Edition” copies of the DVD available too, which are autographed and include a custom cover.

Fans in the UK and Europe get a special £9.99 sale on selected WWE Blu-ray titles today, expiring at midnight tonight. Check it out and take advantage over at WWEDVD.co.uk. 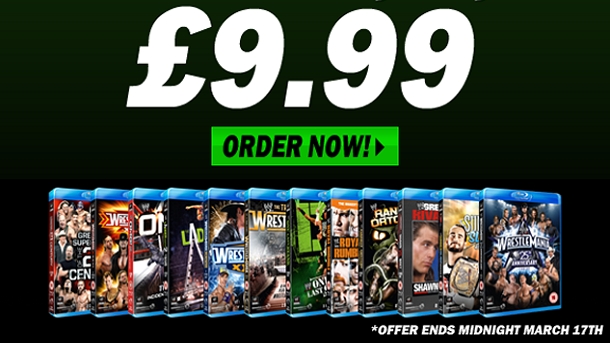 The eBay spotlight falls on this eBay auction – containing the Royal Rumble Anthology volumes, a bonus Rumble DVD, and the SummerSlam Anthlogy volumes in the box set.

It’s currently bid up to only $43.00 and will expire tomorrow! 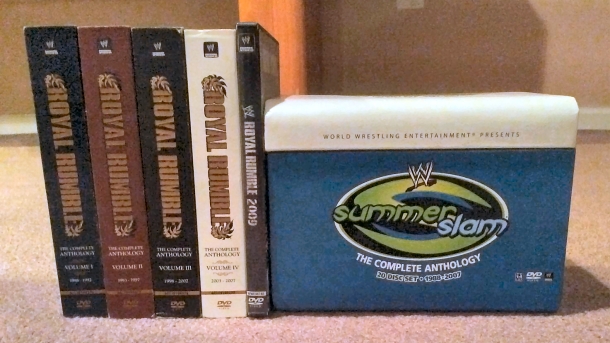