Check back in with us each day this week as we reveal matches planned for the 2015 WWE DVD and Blu-ray set – “The Road Is Jericho: Epic Stories & Rare Matches from Y2J”.

WWEDVD.co.uk will be releasing “The Road is Jericho” to fans in the UK and Europe this March. Look out for their pre-order announcement in the coming weeks.
JERICHO WEEK – DAY 1 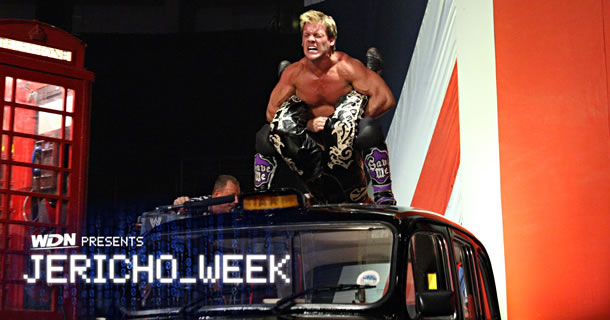 Speaking of match reveals, there’s more for “ECW Unreleased – Volume 3” this year! The Blue Meanie posted up these matches, one of which is planned to be a Blu-ray exclusive.

Get your copy now from WWEDVD.co.uk – packed with 21 matches over 9 hours.

The TLC: Tables, Ladders & Chairs (And Stairs) 2014 DVD releases tomorrow to fans across the United States, including these extras:

WWEShop.com has just listed the TLC DVD for only $9.99. They are also offering 25% off ALL orders (today only) using promo code “SAVE25”.

Click here to use the promo code today at WWEShop.com.

WDN reader S. Ramsey sent word of his newly listed eBay auction, currently bid to just $20.50, for a copy of the RARE RAW Homecoming DVD. Find that here on eBay.com.

We’ve found these other low-priced eBay auctions listed below, most of which end today!