Today’s the day “For All Mankind: The Life & Career of Mick Foley” is officially released to the United States! 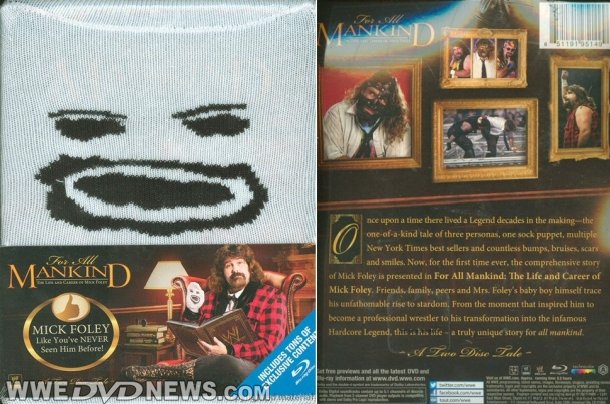 A new preview video of the 2+ hour documentary has been unveiled today by WWEDVD.co.uk. Fans in the UK and Europe can pre-order there now for release next Monday!

The Amazon product listing for the WWE WrestleMania 29 Blu-ray edition has now been updated and reveals the slipcover artwork shown below. You can pre-order WrestleMania on either DVD or Blu-ray format for May 14th release by clicking here. 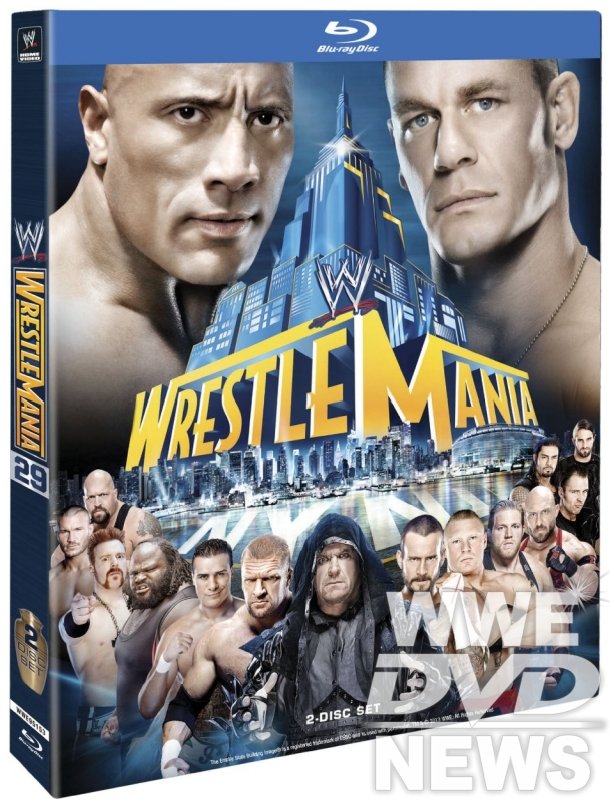 Speaking of Amazon.com, an “up to 52% off” WWE DVD sale is going on at this link.

The Mid-South Wrestling DVD in the works for release in September may include a documentary portion. Check out these comments left by JR on his blog site, JRsBarBQ.com.

Called a 42 minute NWA Title Bout from 1983 or 84 between Ric Flair and Terry Taylor that emanated from the Superdome, site of WM30, for the upcoming WWE produced Mid South DVD and the match was a text book, fundamentally sound classic.

WWE captured a ton of interviews from talents who passed thru Mid South last week at the WWE hotel in Jersey City that will add a great deal to the DVD presentation. The release date is sometime in September and it will be interesting to see how it sells as many younger fans likely won’t have a clue as to what Mid South Wrestling was or how many great stars were produced under Cowboy Bill Watts heavy hand.

The upcoming “Best of In Your House” DVD and Blu-ray on the way later this month is now available to pre-order at WWEShop. Click here to see that. 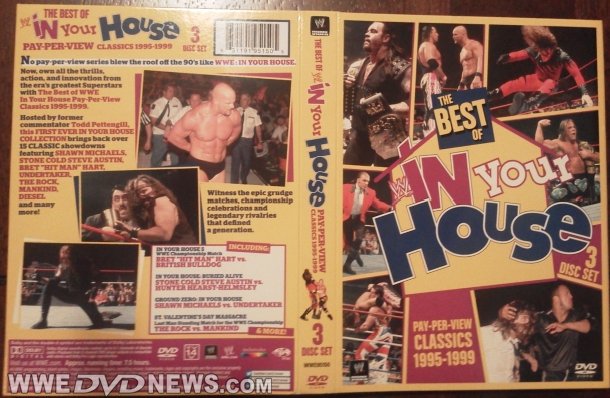 More photos like the above of the IYH DVD were revealed here yesterday.