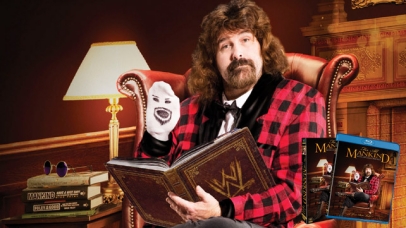 We’ve had our first report of the new Mick Foley “For All Mankind” DVD spotted on sale early before the release date. Jose Perez found it out this week at an FYE store in Oklahoma, so do be on the look out in your local stores.

It’s officially released on April 16th. You may recall there was also an early copy of the DVD listed here on eBay. The winning bid for that ended up at $25.00.

Below are a few tweets left by Mick Foley recently relating to his new DVD.

I’m in a much better frame of mind after watching my new DVD with my kids. I have SO much to be proud of.

Fans in the UK have the opportunity to attend a HMV meet and greet with Mick Foley later this month, where he will be signing copies of his new WWE DVD. Details below. The UK licensee moved the DVD ahead of the Bret Hart “Dungeon Collection” set on the schedule to tie in the release with Foley’s forthcoming comedy tour.

Joshua Nava sends word of another WWE DVD sale going on as we lead into WrestleMania. This one is found at selected Hastings stores, and includes the following items. 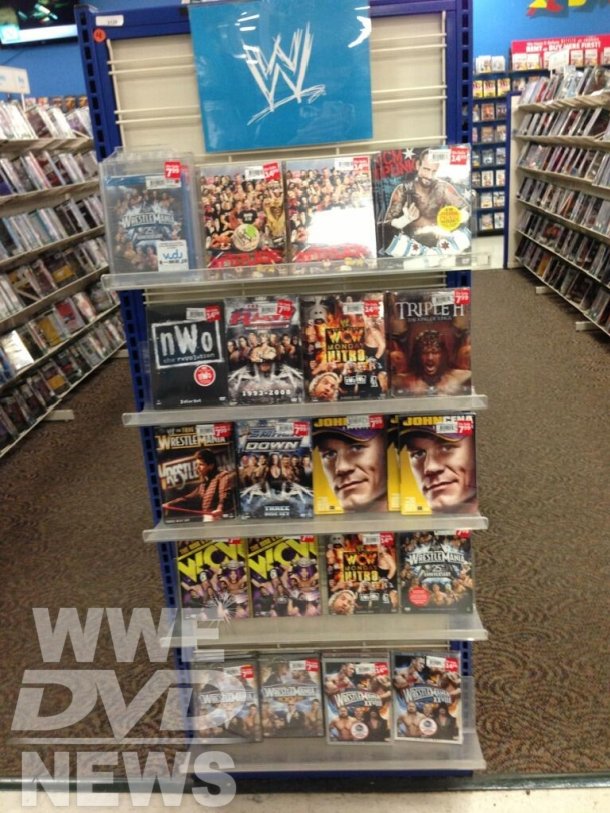 – Raw Top 100 Moments and Best of Raw & Smackdown 2012 have been added to Netflix streaming. Sign up to get a whole free month trying out Netflix.

– WWE’s latest digital release was Elimination Chamber 2013 – The Rock defends the WWE Championship against CM Punk, along with the Elimination Chamber match for the #1 contender spot at Mania. Matches are available from $1.99 for SD and $2.99 for HD.

– WWE have now launched their digital video series via iTunes in the United Kingdom, with matches now available to download for £1.99 each in HD or £1.49 in SD. It was confirmed via Twitter that documentaries will be coming in the future. Due to slightly later release dates in the UK, titles will not be available to download at the same time as in the US.

– The Genesis 2013 PPV has now been added to TNAondemand.com, which featured Jeff Hardy vs. Bobby Roode vs. Austin Aries for the TNA World title.

The Best of Raw & Smackdown 2012 is released to the UK and Europe this coming Monday! You can get your pre-orders in for that over at WWEDVD.co.uk, who earlier this week shared the pic below of early copies of the DVD and Blu-ray. 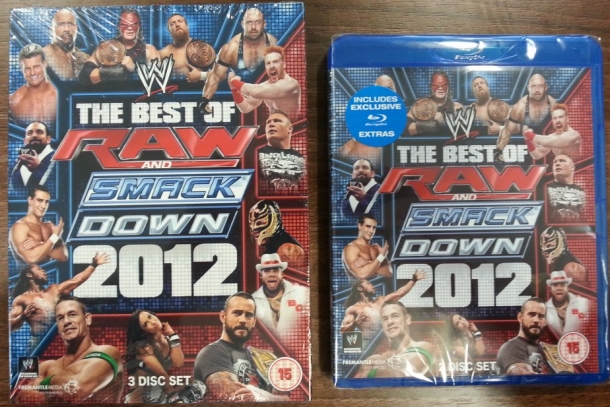