Here is the synopsis for the new WWE PPV, “Payback”.

WWE reinvigorates its pay-per-view line up with a fresh new concept that will serve as the perfect stage for all the top Superstars to settle their long simmering grudges and set the stage for the sizzling road to SummerSlam. All major championships will be on the line including the revamped WWE Championship, plus the World Heavyweight Championship and much more. From the clashes for the ultimate prize, to fierce heavy-hitters with scores to settle, WWE fans will want to relive the historic debut of this riveting new event.

Jim Ross confirmed the go ahead of the Mid-South Wrestling DVD via his Twitter account at the weekend. As of last word, it’s down on WWE’s schedule for September 10th release.

Also, over on JR’s blog – JRsBarBQ.com, he addressed fan queries about whether or not WWE will produce a Jim Ross DVD in the future.

WWE has never discussed doing a JR DVD featuring my favorite matches and updated interviews with many of the stars involved but that’s not to say that it won’t or can’t happen some day. Might be a nice idea for WWE.com visitors and fans to vote and select their choices.

Reader “WrestlingMachine28” sent word that K-Mart stores have new deals on selected WWE DVD double packs, like the one pictured below for $9.99. 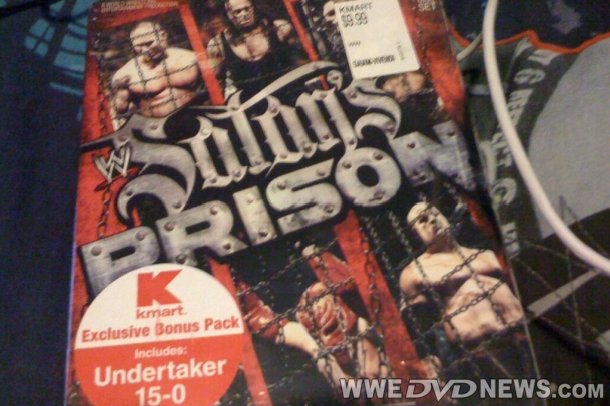 Speaking of Canada, you may have noticed we’ve now added an Amazon.ca button to the “DVD countdown” section at the top of this site.

The recent WrestleMania 1-15 DVD re-releases are now available to buy at WWEShop. To view them over there just navigate to this link and sort by “New Arrivals”.

WWE: The Best of In Your House DVD/Blu-ray is now available to pre-order in the UK and Europe. Head over to WWEDVD.co.uk to do just that. The release date is May 27th.

North America gets the In Your House DVD later this month on April 30th.

Below is the cover art for the UK version of TNA Genesis 2013 DVD, featuring Sting. This will be released to the UK in May and is available to pre-order now at TNADVD.co.uk. 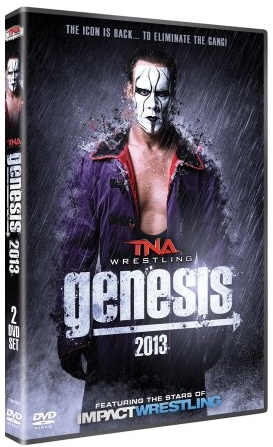 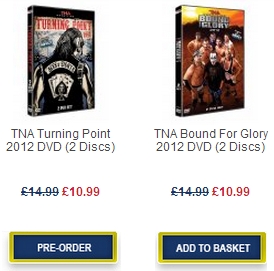