Before we begin, it’s well worth noting that WWE continuously airs different Roddy Piper vignettes and moments as bumpers between programs as a tribute to the recently passed legend.

I think that is a very nice touch. Hopefully we still get some sort of tribute aside from these mini-tributes and the new series “Table For 3”, at the very least a clip show or a legends’ discussion of some sort about Piper. In the meantime, check out the live stream to relive some of the best “Hot Rod” moments and don’t forget to check out the debuting new series tonight.

While classic content has slowed, the WWE Network fires up with more pieces of original programming. The latest edition of Tough Talk hit the network on Tuesday, as did the latest episode of The WWE List, “Krazy Kin”. Then on Wednesday we had a new Unfiltered and a new NXT. We discussed yesterday how the other List episode, “Mechanical Mayhem”, was supposed to be added but was delayed and replaced, likely due to the Hulk Hogan focus. Some were skeptical but as further proof, the episode was temporarily uploaded today before being taken down.

You can still access the page HERE, however at this time you won’t be able to view the actual program. It’s still unclear as to whether or not the episode will be added later, edited then added, or simply not added at all. Chances are however it will be added in the coming weeks as the Hulk Hogan story becomes old news. Until then, we have the newest episode… 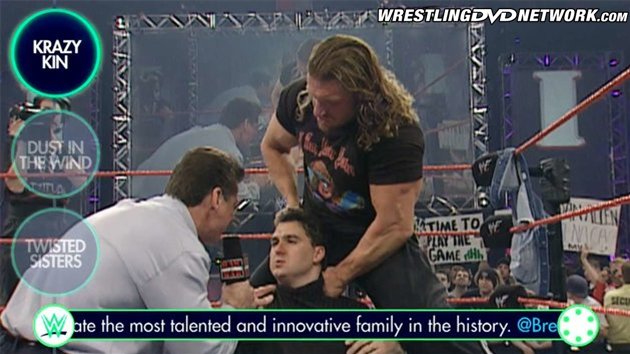 The latest episode of The WWE List focuses on families in wrestling. The good, the bad, and the crazy. With WWE’s large history, second, third, and even fourth generation of wrestlers and promoters exist and thrive. Steve Harvey couldn’t handle these family feuds.

I really feel like The WWE List is finding its footing. The last few episodes have been really interesting and well produced. This episode probably wasn’t as interesting, but I still liked it quite a bit. McMahon family drama and Attitude footage is done to death, but they interest many so I can’t really fault it from that standpoint. This one also has broad appeal, which is good, I just prefer the more niche editions that differentiate it further from Countdown.

If you’ve never watched the show before, there isn’t a continuity so you can jump in at any time and an episode like this may be the one to go with. Oh and Solomon Crowe sings Stephanie McMahon’s old theme song. Yeah, that actually happens. 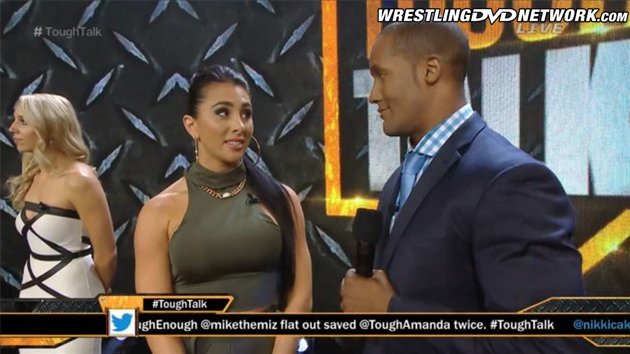 WWE’s most controversial network show and companion show to Tough Enough, Tough Talk is back. Once again, Byron Saxton hosts as The Miz replaces Hulk Hogan as a judge and once again The Miz ruffles a lot of feathers, both with the other judges and with the contestants. He really succeeds on this show and I hope if Tough Enough is brought back as a WWE Network only series, The Miz is brought back as a judge as he’s extremely entertaining.

Beyond that, the show was a lot of the same. Drama among the females. Paige being aggressive. Most people’s personalities are established now and we’re getting to the nitty gritty. You could see that due to his real life situation, something said really struck a nerve with Daniel Bryan. He may have been a bit over the top but it was definitely dramatic and it makes the show fun. As always, if you’re waiting to watch Tough Enough, Tough Talk will spoil what happened. But also as always, it was even more entertaining. 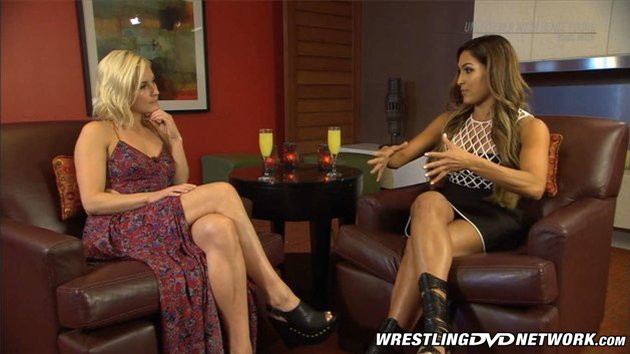 Renee Young is back with her short-form series, Unfiltered. Her guest this week is Divas Champion Nikki Bella. This episode is considered supersized, but that only means that it’s around fifteen minutes opposed to the more usual 5-10. The big question is: how was it?

I really like Unfiltered when done like this. A wrestler or talent having a meal or a drink with Renee while discussing their career and interests. I’ve made this comparison before but it is essentially “Comedians in Cars Getting Coffee” by Jerry Seinfeld. As long as it isn’t in a lame studio, the show delivers and you learn more about the talent involved. This episode is no different. Discussions on John Cena’s movie career, her sister, and the misconception on her just being a model playing wrestler; there are some topics here worth a listen even for those who normally wouldn’t have interest. Worst case, it’s under fifteen minutes of your time, and it may surprise you. 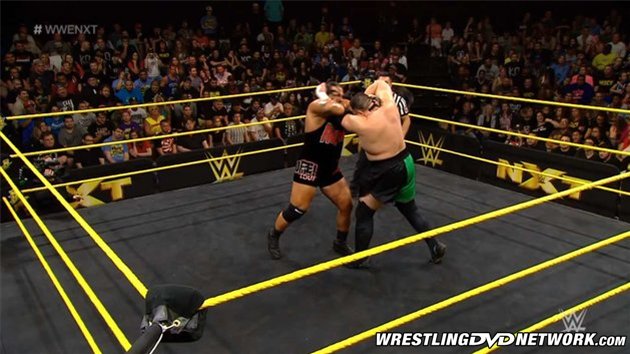 This week’s edition of NXT is bookended by two big matches. The opener has Bayley continuing her quest to finally challenge for the NXT Women’s Championship again by taking on the second ever NXT Women’s Champion, Charlotte. Then in the main event you have “The Man Beast” Rhyno taking on Samoa Joe. Interestingly enough, the hype commercials released for the main event would put emphasis on “impact”, which is pretty fitting for two former TNA World Champions.

I’m a big Bayley fan and although I’d love for her to be called up, I think a Women’s Title run may be in the cards instead, which certainly isn’t a bad thing. Busting out some big moves and a lot of fire, Bayley came into this match and performed above her already high expectations cementing herself as the best female wrestler on NXT with the recent call ups. The show also features a few huge NXT Takeover: Brooklyn notes, including a championship match, a debuting talent, Tyler Breeze’s opponent, and a stipulation for a big match, so definitely watch this week’s episode. 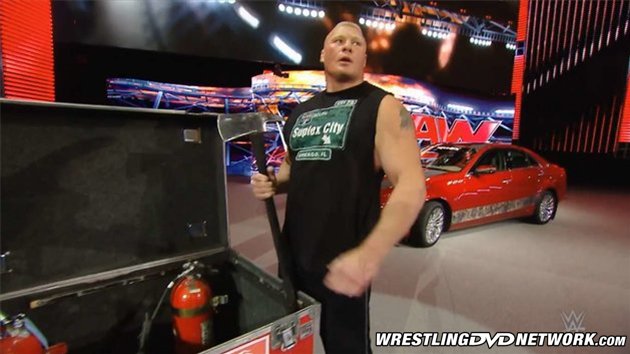 Lastly, the July 6th episode of RAW made its way to the WWE Network. This one was just excellent. It featured Seth Rollins and J and J Security trying to take out Brock Lesnar while celebrating their brand new car, a huge and excellent United States Championship Open, along with a few other good matches throughout. Even if you’ve seen this episode, it’s worth rewatching.