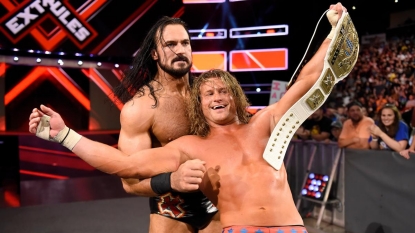 WWE will release this past Sunday’s Extreme Rules 2018 Pay-Per-View on DVD next month on August 14th (pre-order now with Amazon.com).

This year’s Extreme Rules PPV would present no less than seven Championship bouts, one of which was contested in a 30-Minute Iron Man Match, Roman Reigns and Bobby Lashley’s first-ever one-on-one encounter, and a Steel Cage Match which ended in a devastating fall!

We can reveal that the free trading card to be included in the packaging of this one will feature Bayley.

Looking ahead to the Home Video release of SummerSlam, that is slated to have a trading card of The New Day and looking further to Hell in a Cell, expect to find a Braun Strowman card.

All of these new WWE Pay-Per-View DVDs are currently on the schedule as 2-disc sets, presumably to cater for the typically longer runtimes of the events as of late and perhaps to follow the format of Money in the Bank 2018 whereby the second disc includes extras from the Kickoff Show and a selection of moments from RAW and SmackDown Live episodes leading into the PPV.

Money in the Bank, by the way, will release to stores exactly one week today!

Last week WrestlingDVDNetwork.com exclusively announced the go-ahead of a new AJ Styles DVD for 2018 — his first with WWE — to be titled “AJ Styles: Most Phenomenal Matches”.

With this announcement the first five matches to make the content were revealed.

We’ve now received a few more details on the release including confirmation that the 3-disc set will feature a brand new interview with “The Phenomenal One” himself. In these new segments, exclusive to Home Video, Styles will discuss not only his WWE career but also his long journey to get there.

In addition to all of AJ’s WrestleMania matches to date and both of his WWE Championship wins, WrestlingDVDNetwork.com has learned of another match already slated for the content listing:

A match with Roman Reigns is also expected which could either be from Payback or Extreme Rules two years ago, and content from AJ Styles’s rivalry with John Cena is also a definite for inclusion here which will be one or more of their multiple encounters between 2016 and 2018. 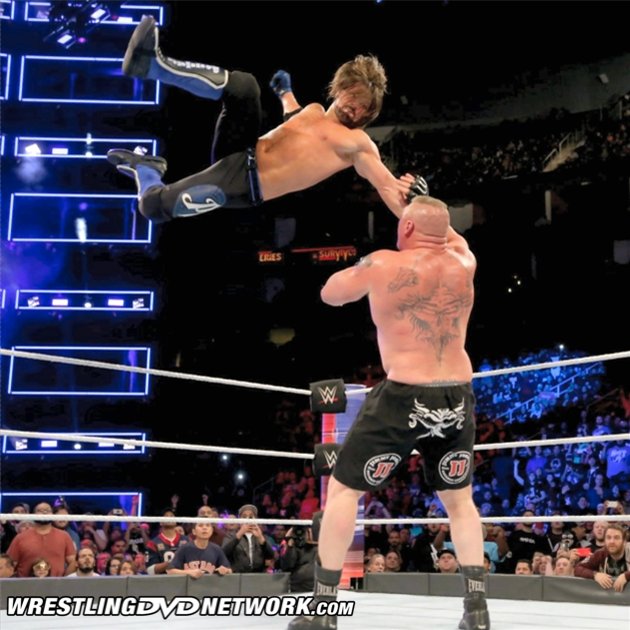