Straight to the Top: The Money in the Bank Anthology is on the way for October release on DVD and Blu-ray. Today we have more exclusive content reveals for you!

First up, we can confirm that this year’s matches from the Money in the Bank 2013 pay-per-view event will be included in the compilation.

Money in the Bank Ladder Match for a World Heavyweight Championship Contract
Cody Rhodes vs. Dean Ambrose vs. Wade Barrett vs. Damien Sandow vs. Jack Swagger vs. Antonio Cesaro vs. Fandango
Money in the Bank · July 14, 2013

The following two “cash-in” segments from 2010 will be making the set as Blu-ray extras.

The Money in the Bank Anthology DVD and Blu-ray is released on October 29th to the US, and it’s ready to pre-order now here on Amazon.com. It will then hit the UK and Europe on November 4th, available first when purchasing over at WWEDVD.co.uk.

Next Tuesday sees the release of Money in the Bank 2013. Courtesy of WrestlingSuperStore.com, here’s a first look at back cover art of the DVD version. 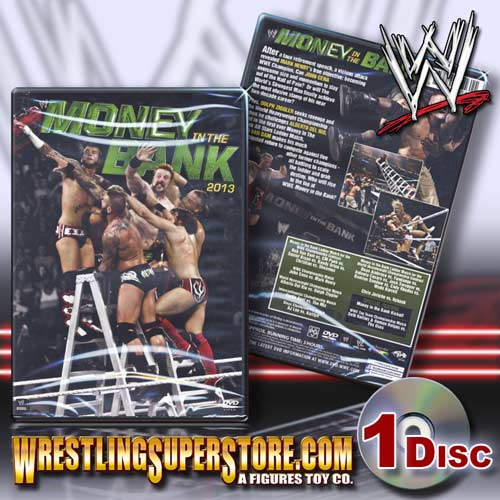 Click here to pre-order a copy of the WWE Money in the Bank 2013 DVD.

Heads up on the Blu-ray edition of Money in the Bank 2013! It was expected to be a Best Buy exclusive (as is usually the case), however, a product listing for it has now gone up on Walmart.com which may indicate that the release is in fact a Walmart exclusive. 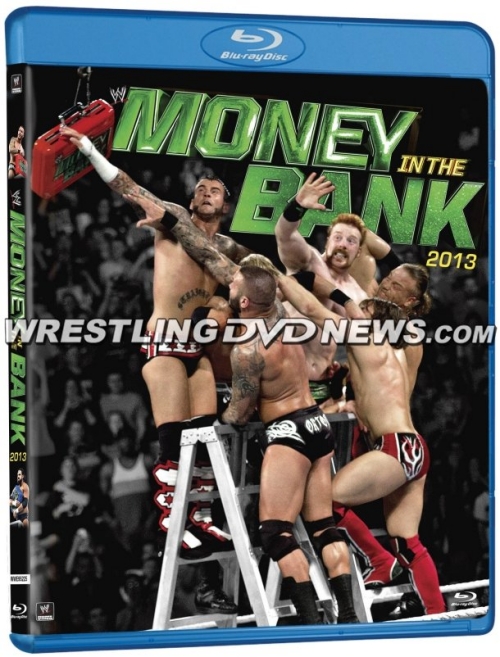 We can confirm that the Blu-ray exclusive content for Money in the Bank (listed here) runs in total for approximately 1 hour and 17 minutes.

The sole extra on DVD version, which will also be included on the Blu-ray, is the Shield vs. Usos tag match from the Money in the Bank Kickoff show.