In addition to the new Jerry Lawler documentary and extended Daniel Bryan WWE Network documentary, there will be a handful more coming to Home Video this year.

Among those, we’re hearing that WWE have 2 new Superstar themed DVD/Blu-ray documentaries in the works for 2015. The Superstars in question are said to either be present WWE Hall of Famers or two considered a “lock” for the Hall of Fame in the near future.

No further details can be confirmed at this time. Check out our earlier post for more revealing hints at upcoming Home Video titles, including Volume 3 of The Best of WCW Nitro:

Winners of our recent TNA Wrestling DVD giveaway have been selected…

Look out for an e-mail or Facebook message today if you entered the giveaway. The overall winner gets a big lot of 6 TNA DVDs, while 3 runners up each receive a signed DVD!

A reminder to fans in the UK and Europe that the TNADVD.co.uk promo code “WDVDN20” will get you 20% off any order of TNA Wrestling DVDs until the end of this month. 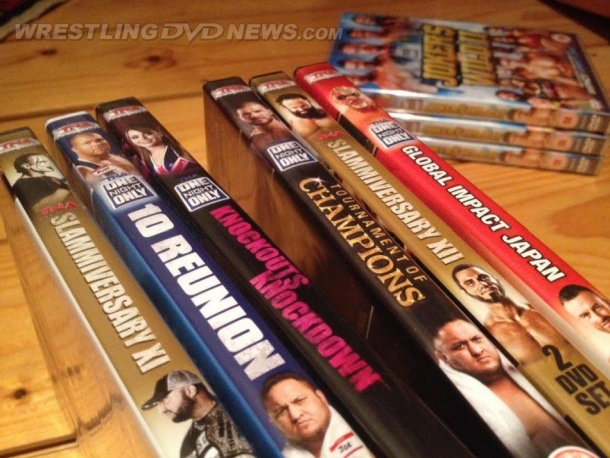 A single-disc version of the “Triple H: Thy Kingdom Come” DVD (documentary only) has been spotted on sale in Best Buy stores, priced low at just $4.99. This single-disc DVD was also found recently in a Walmart double pack with “DX: One Last Stand”.

Thanks to WDN reader Rick Velazquez for sending word. 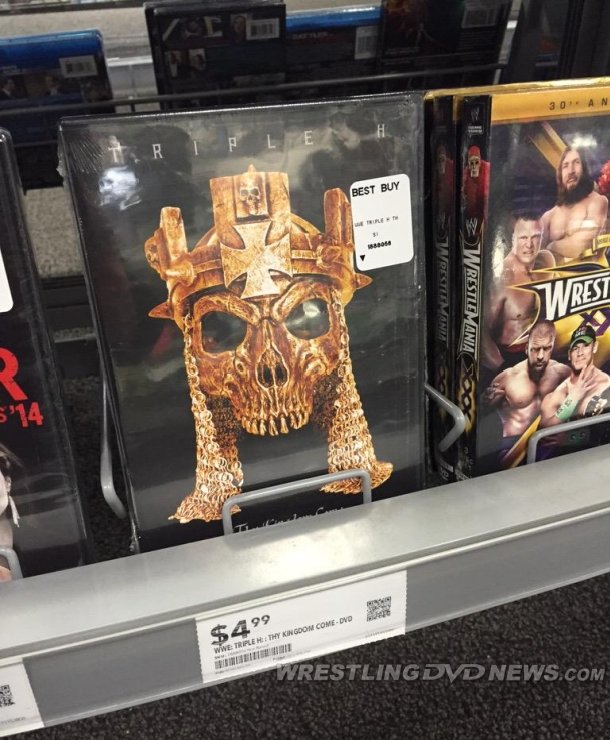 Royal Rumble 2015 has also now been listed, however the Blu-ray edition is missing. 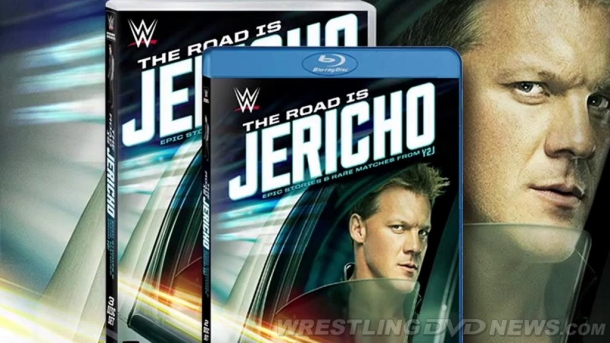 UK FANS: Today and tomorrow are the last 2 days to get deals on selected Elimination Chamber themed DVDs at WWEDVD.co.uk! In addition to the deals shown below, Elimination Chamber 2013 and 2014 are on sale for just £7.99 on DVD and £9.99 on Blu-ray. 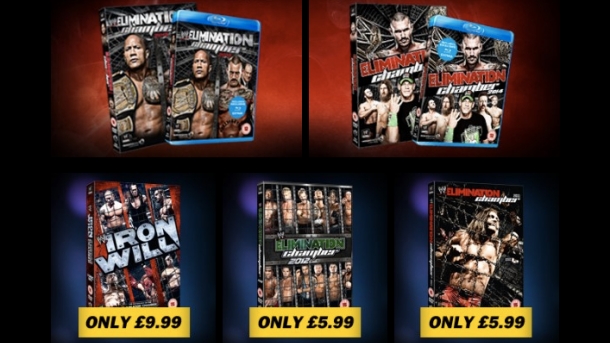 13 eBay auctions to look out for today and through the end of this week, including decent prices on rare titles like the WWF Divas: Tropical Pleasure DVD – with poster still intact! 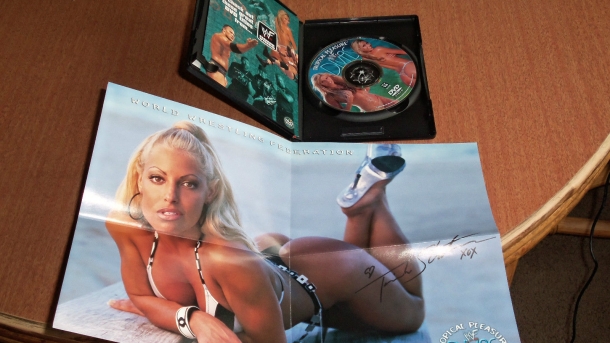