“Greatest Wrestling Factions” is the next WWE DVD on the way, releasing this Monday to UK/Europe and this Tuesday to the United States (click to pre-order).

Earlier this week we showed you photos of the Factions DVD before it hits stores. Below are new shots of the Blu-ray edition, with thanks to WrestlingSuperStore. 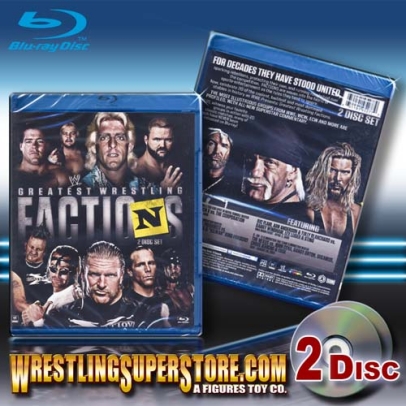 Speaking of Factions, the next 1 hour “Countdown” episode on WWE Network will look at Greatest Factions. Coincidentally, that show first airs on the Network the same day as the DVD/Blu-ray of the same theme is released.

Another update on the Network is that the main feature from the Top 25 Rivalries DVD (released last year) will soon be streaming there. That’s the next planned addition to the “Beyond the Ring” series on the Network. It’s somewhat noteworthy because it’s not the usual Superstar documentary and, if shown in full, it runs just short of 3 hours.

We’re now seeing some further indication that the rumored Undertaker/Kane WWE DVD will be released, as it has now been added to another overseas schedule.

As of now this one is looking like a September release as a budget single-disc DVD, with the possibility of a Blu-ray version produced for the UK and Europe.

The working title is “Brothers of Destruction“, likely covering Undertaker and Kane as a duo.

The song you’ve heard in the new Paul Heyman DVD trailer released this week is “Should’ve Known” by The Heroes Lie. You can listen to it in full below.

The “Ladies and Gentlemen, My Name is Paul Heyman” DVD/Blu-ray will be released in August. Click here or use the buttons below to pre-order your copy with Amazon.

Thanks to Mike McGrath-Bryan for sharing this photo of the re-released John Cena Experience DVD now being found in stores. The green colored re-release to the UK and Europe is a single-disc DVD, one way to get the documentary only at a cheap price.

According to the BBFC, the UK licensee may soon be re-releasing “The True Story of WrestleMania” on Blu-ray format, and re-releasing “Hulk Hogan’s Unreleased Collector’s Series” on DVD format. As always, keep an eye on WWEDVD.co.uk for the latest. 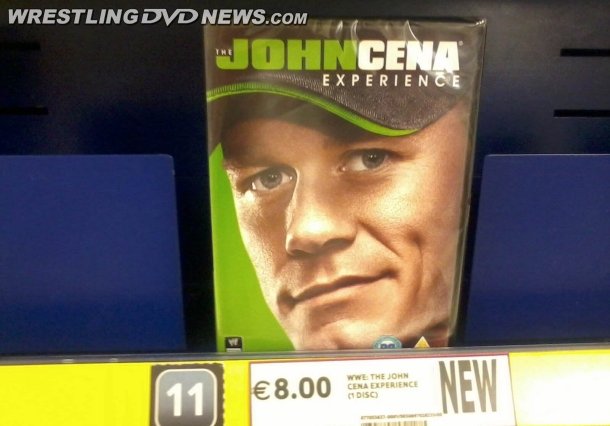 Ending on eBay (pretty much right now) are these two lots of rare WWF DVDs.

The first is WrestleMania 17 and SummerSlam 2001 together, the second is a bundle of 5 titles including the tricky-to-find Best of WWF 2001 Viewers’ Choice DVD. Free shipping! 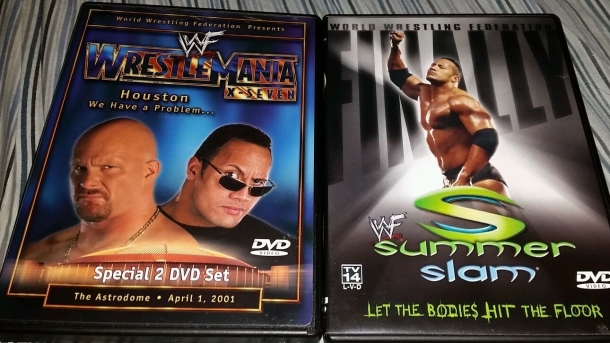 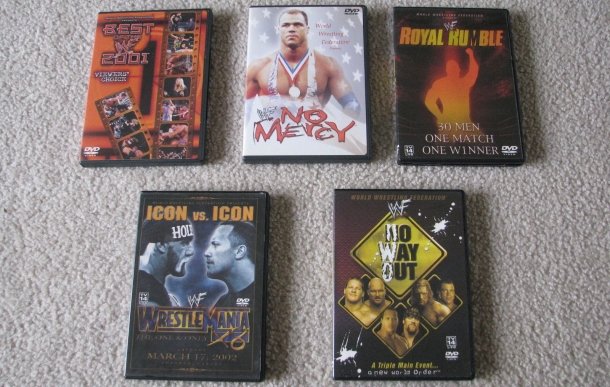 Other noteworthy WWE DVD auctions coming to an end today are as follows: