We can now confirm runtimes for the Goldberg “Ultimate Collection” DVD and Blu-ray, on the way for October.

That’s a 7 hour complete runtime for the Goldberg DVD set. There will be approximately 1 hour and 9 minutes of Blu-ray exclusive content on top for that version, which takes the total runtime of the Blu-ray edition up to 8 hours and 9 minutes.

Click here to pre-order your copy of the Goldberg DVD for release on October 8th.

UK fans, the Goldberg DVD and Blu-ray is now available to pre-order at WWEDVD.co.uk. Also, when pre-ordering it there, code “WCW10” gets you 10% off other WCW titles. FremantleMedia have shared full details of that promotion which you can read below. 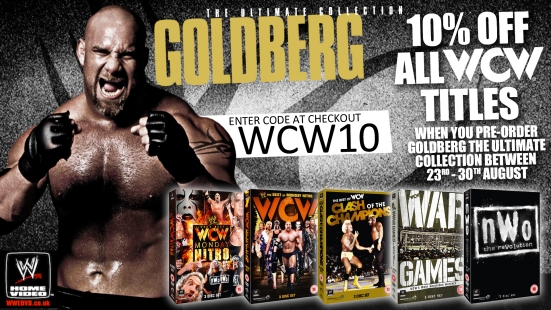 For the first time ever on DVD & Blu-ray relive the career of WCW icon GOLDBERG! Exploding onto the scene by amassing an epic win streak of 173 matches, Goldberg went on to defeat legend after legend including Hulk Hogan, Kevin Nash and Diamond Dallas Page. As he crossed over to the WWE, this powerhouse continued his dominance taking on such Superstars as The Rock, Triple H, Brock Lesnar and more!

And for the next week only (23rd – 30th August) if you pre-order GOLDBERG THE ULTIMATE COLLECTION at WWEDVD.co.uk you can also receive 10% off any of our WCW titles by entering the code WCW10 at the checkout! Relive the greatest moments from WCW with THE VERY BEST OF WCW MONDAY NIGHT NITRO VOL 1, THE BEST OF WCW MONDAY NIGHT NITRO VOL 2, WCW CLASH OF THE CHAMPIONS, WAR GAMES: WCW’s MOST NOTORIOUS MATCHES, and NEW WORLD ORDER – THE REVOLUTION

Don’t forget when you order 3 titles on WWEDVD.co.uk you also get 10% off all items!

The winner of our last giveaway for the WWF No Mercy 2001 DVD was Carl Haffenden – congratulations to you!

Our next giveaway is for the copy of the Money in the Bank 2013 DVD pictured below. All you’ve got to do to enter yourself into the giveaway is get involved with our Forums before September 12th. If you do that, you’re automatically entered to win the prize. 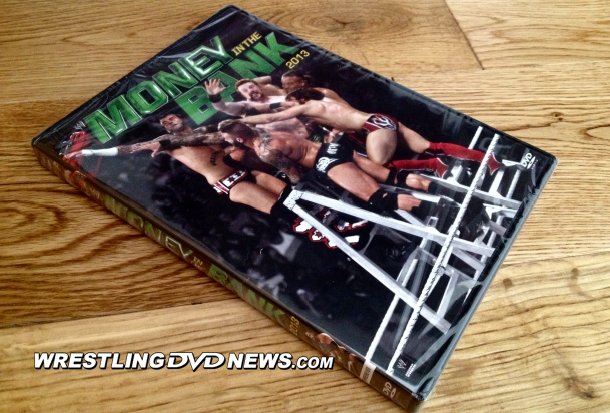 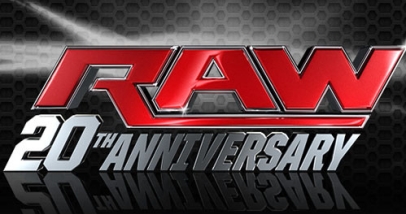 Speaking of our forums, there’s now a new section there called Daniel’s Diary giving thoughts and news bits between publishing WDN articles. In there now is a unconfirmed (yet very interesting) rumor on the “Raw 20th Anniversary Collection” DVD box set, regarding its content and how many discs it could be comprised of. wrestlingdvdnews.com/forum.

From today at WWEShop, code “WWEBTS” is live as part of a Back to School sale.

Below is a video look at the new “SummerSlam Classic Matches” DVD sampler found in a promotion running now at Toys ‘R Us stores. We’re told that the promotion runs until August 24th only, which is tomorrow, so they may become a little tricky to find after then.

Two copies of the DVD have been listed on eBay for $50+ over here and here.

Stocks of the often hard to find “Ultimate Fan Edition” Edge: Decade of Decadence DVD boxset (originally a Best Buy exclusive release in 2008) have re-surfaced again recently. The sets are currently available for only $14.99 each (brand new) on Amazon.