“United We Slam: The Best of Great American Bash” will release first to the UK & Europe on July 14th, then to the United States on July 15th, and finally to Australia on August 8th.

Click here to pre-order your DVD or Blu-ray with Amazon.com. 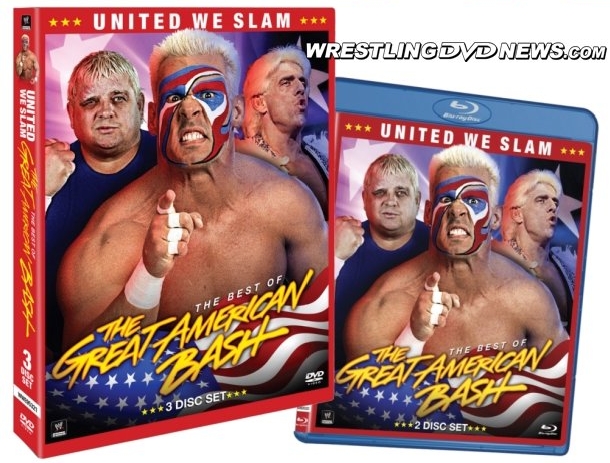 In an update to the new look WWE logo potentially debuting after SummerSlam, we’re hearing that the “3D beveled and gradiented” version of the logo (shown on the left of the below image) will be reserved for on-air programming and the WWE Network.

The flat versions will reportedly appear for all other branding, such as WWE DVD releases.

Expiring later today here on eBay.com (currently $36) is definitely one to look out for – a copy of the rare Japanese exclusive “WWE Live in Japan 2005” DVD! 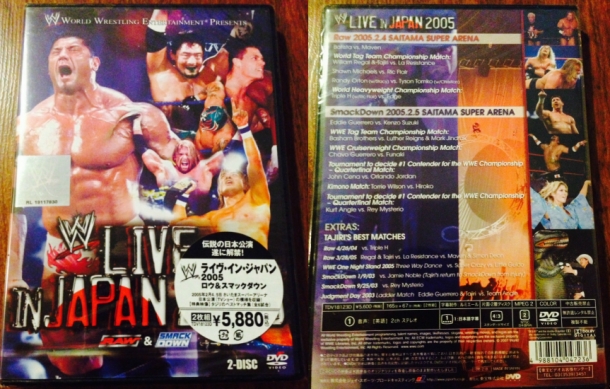 Here’s the first sighting of the Blu-ray cover artwork for “Ladies and Gentleman, My Name is Paul Heyman”. This is the UK and Europe’s version of the set which as of now will be released one day before the US market, on August 4th through WWEDVD.co.uk. 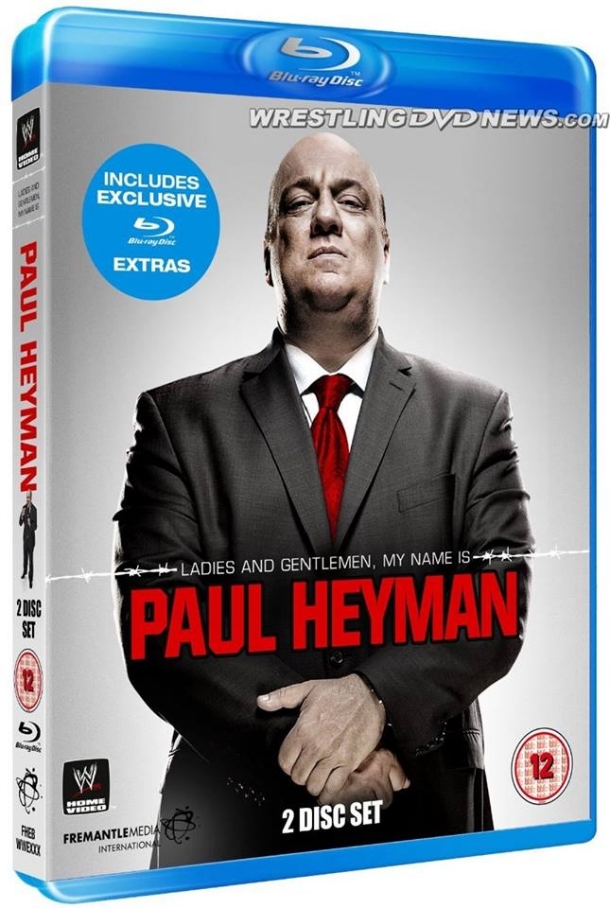 The latest WWE DVD documentary streaming on the WWE Network is Triumph and Tragedy of World Class Championship Wrestling. The next will be Bobby “The Brain” Heenan.

We’ve added those two to our new “WWE DVDs on WWE Network” page. 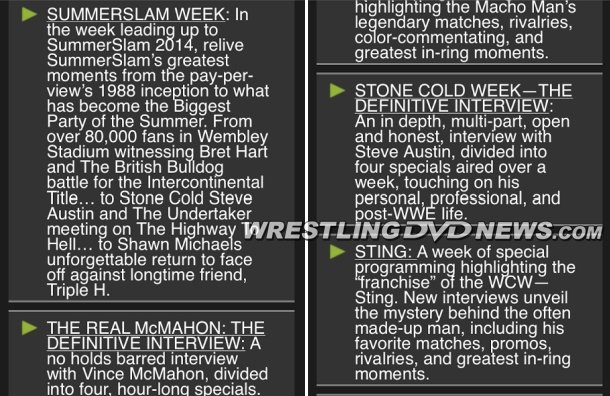 Speaking of the Network, a new survey was issued to fans revealing potential plans for week long specials with such themes as: Sting, Randy Savage, CM Punk, The Kliq, SummerSlam, Slammy Awards, Screw Job, Worst of WWE, Monday Night War, and others.

The Real McMahon – The Definitive Interview:

A no holds barred interview with Vince McMahon, divided into four hour-long specials. Vince talks about the histroy of WWE, his family’s legacy, the Mr. McMahon character, the XFL, and more.