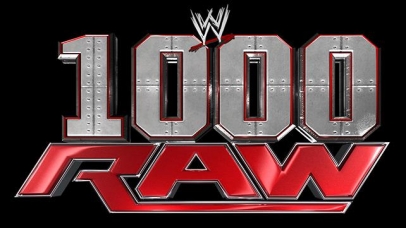 After being announced right here just a few days ago, we now have more details on the upcoming Raw 100 Moments DVD/BR set.

The 3-Disc DVD and 2-Disc Blu-ray will feature a countdown of the top 100 moments in WWE Raw history. And that’s not all; the set will include the complete 3 hour 1000th episode with exclusive never-before-seen backstage footage of Superstars and Legends who appeared on the show.

Since its debut on Jan 11, 1993, Monday Night Raw has delivered thrills, suspense, action, controversy and excitement for WWE fans to enjoy every week. On the heels of celebrating the monumental 1000th episode, WWE counts down the top 100 moments in Raw history. From the early years, through to the Attitude Era, and to today, relive all the top moments that have kept fans glued to the TV for nearly 20 years. From the destructive DX, to Stone Cold’s hell-raising antics, epic title celebrations, shocking twists and poignant memories of all your favourite Superstars are collected here. Plus own the complete 3 hour Raw 1000th episode that celebrated history and launched a new era in WWE, with exclusive never-before-seen backstage footage of Superstars and Legends who appeared in the show.

This set will mark the second time WWE has released a top 100 moments DVD. The Best of SmackDown! 10th Anniversary featured a countdown of the top 100 moments in SmackDown history, hosted by Michael Cole and Matt Striker. 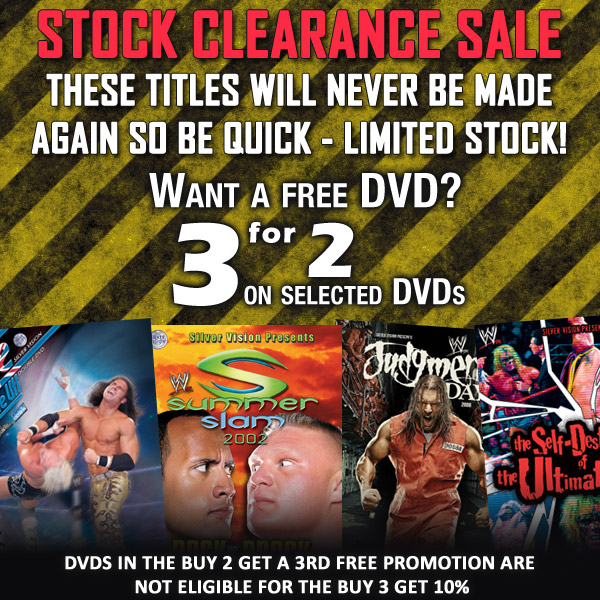 Earlier today SilverVision.co.uk announced a fantastic “Buy 2 Get 1 Free” sale on a number of DVD which are being discontinued – so this could be your last chance to pick up some of these great titles and many are priced from just £4.99! Some of the titles included as part of the sale are: The Self Destruction of the Ultimate Warrior, Ric Flair & The Four Horsemen, The Most Powerful Families in Wrestling History, SummerSlam 2002, The Best of SmackDown 2009/10 and more, view full details over here. 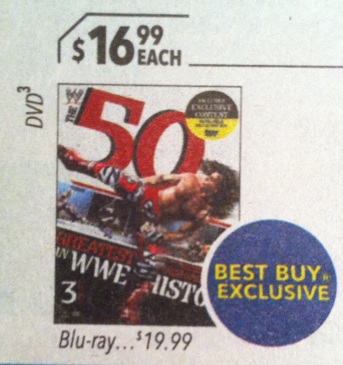 Also don’t forget The Top 50 Finishing Moves in WWE History will be released tomorrow on DVD & Blu-ray. You can order a copy of the BestBuy Exclusive DVD featuring the “honourable mentions” not included in the countdown right here for just $16.99.