Paul Heyman’s website HeymanHustle.com has confirmed his WWE DVD in the works. The hype video below from yesterday reveals plans for an August 2014 release.

Mike Johnson of PWInsider.com reports that filming of some interview pieces and other footage for the DVD has already begun at WWE, such as recently in Philadelphia. The set will likely end up on Blu-ray format too and include a documentary portion.

Since TLC 2013 was a pre-order up until today that one has not yet been made eligible for the offer but it may be added soon. We’ve heard that two DVDs (The History of WWE and The Story of Edge) are glitched at the moment and not working with the code.

We set up this 50% off deal with WWEShop exclusively for you our readers so be sure to take advantage by clicking here! Expires Friday (1/17). 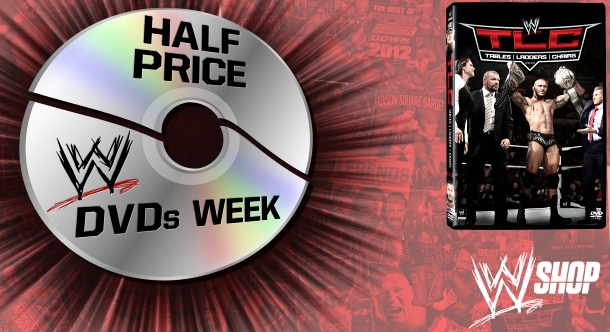 As you’ve no doubt heard, past WWE DVD releases, such as the documentaries shown in the image below, are slated to be included on the WWE Network launching next month.

Since the announcement, fans can be heard debating over whether or not the WWE Network negates physical WWE DVDs and Blu-rays going forward.

In these videos YouTube personalities Stevie Breech, Shaun Blackford, “Gemni888” and “Chudderman” present their thoughts on the impact it will have on DVD collecting.

In time for the Ultimate Warrior’s Hall of Fame induction on WrestleMania weekend, his new WWE DVD and Blu-ray will be released on Tuesday, April 1st, 2014.

“Ultimate Warrior: The Ultimate Collection” is to be the name of the DVD according to new details we received this week. As reported, the format will be a match compilation.

No word yet if Warrior himself is directly involved but with the new Hall of Fame deal we speculate that could well happen. Early promotional material for the DVD stated his involvement in terms of new interview footage was “pending”. 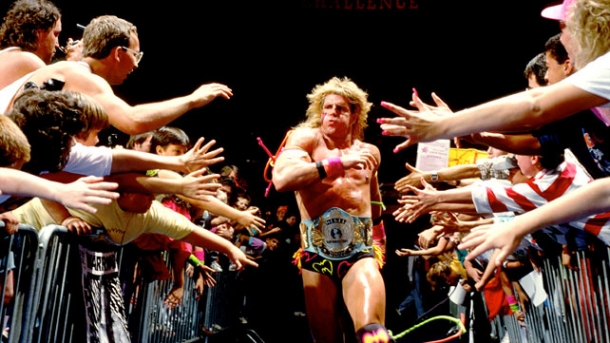 Click here to pre-order your copy of Ultimate Warrior: The Ultimate Collection.

FANS IN UK/EUROPE: The “Best PPV Matches 2013” DVD is now available from WWEDVD.co.uk on DVD and also exclusively on the Blu-ray format. 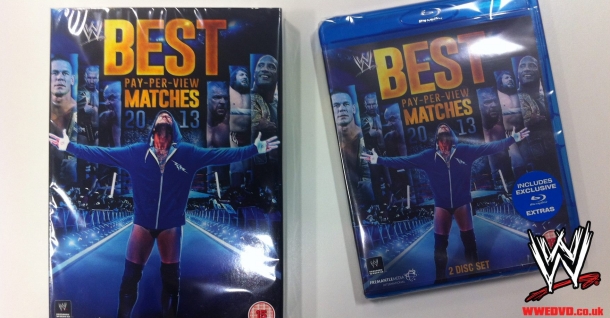 Ready for February pre-order is Live in the UK: November 2013. The 2-disc DVD contains RAW, Smackdown, Superstars and Main Event from the last UK tour.

The extra feature on the DVD is Triple H vs. Undertaker from Insurrextion 2002. 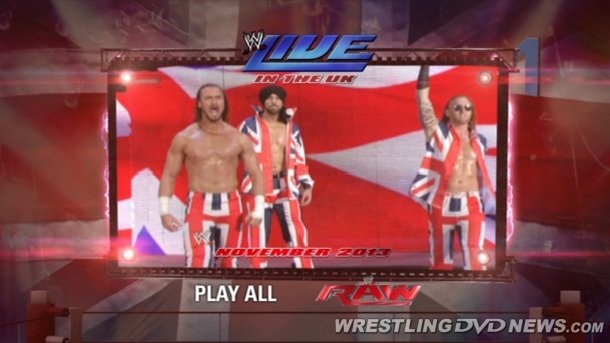 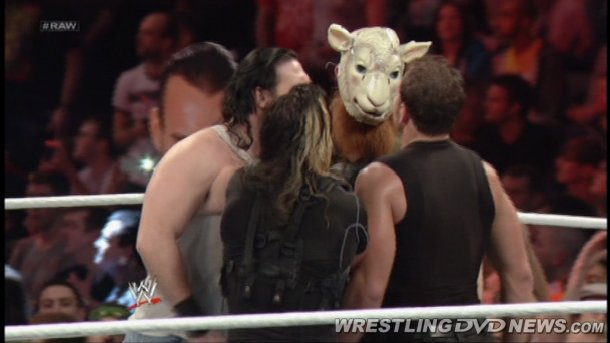 These two rare WWF DVDs are up for grabs today in eBay auctions! Links below.

Incidentally, WrestleMania 17 and Triple H: That Damn Good raise interesting questions as relates to the WWE Network. We know WrestleMania 17 will definitely be on the Network but will it, for example, be unedited with Limp Bizkit’s “My Way” theme intact?

We know the Home Video catalog will be available on-demand too, but will that include WWF-released titles from 2002 and prior? Will the catalog also include DVDs originally released as “store exclusive” bonuses like That Damn Good was? 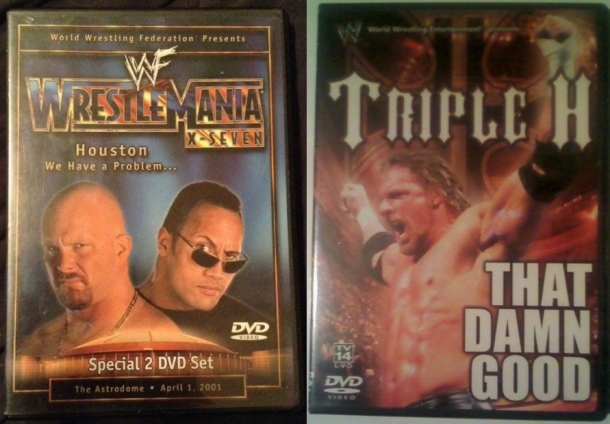