Why Were More Than 100 WWE DVD/Blu-Ray Titles Just Pulled From Amazon?

Over the weekend more than 100 WWE DVDs were pulled from Amazon.com.

The DVD and Blu-ray titles were then replaced with pre-order listings for January 1st, 2015. Therefore any new orders of those particular WWE DVDs would not ship out until the new year. Among them were major titles such as WrestleMania 30 and Paul Heyman, in addition to some of the most recent releases such as Brothers of Destruction.

Over the past few months we’ve heard rumblings of WWE partnering with a new Home Video distributor. It is our understanding that the deal with this new distributor will come into effect in January 2015 and therefore we speculate that WWE is having some of the more major past DVD/Blu-ray releases re-printed in time for then, explaining the change on Amazon.

It might also explain why a large number of DVD titles were taken out-of-print as of late. In the past 2 months alone we reported about 70 titles removed from production in the US.

As of right now, the apparent “re-releases” are the only WWE DVDs confirmed for 2015.

Officially released today to fans in the UK and Europe is SummerSlam 2014 on DVD and Blu-ray formats. UK fans can get hold of a copy from £12.99, here at WWEDVD.co.uk.

Below is the SummerSlam trailer and a photo, with thanks to Steve Kenworthy. 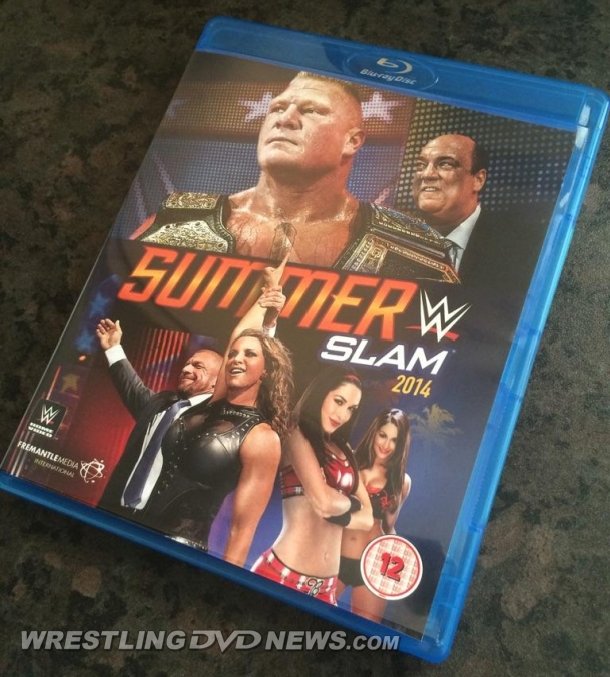 Earlier this month we had a “Video Week” during which we revealed exclusive video previews of upcoming WWE DVDs each day. We’re closing out October with a “Giveaway Week”.

Readers of WrestlingDVDNews.com (worldwide) have the chance to win a free WWE DVD every day from today until Friday, October 31st! Just check back daily for the details. 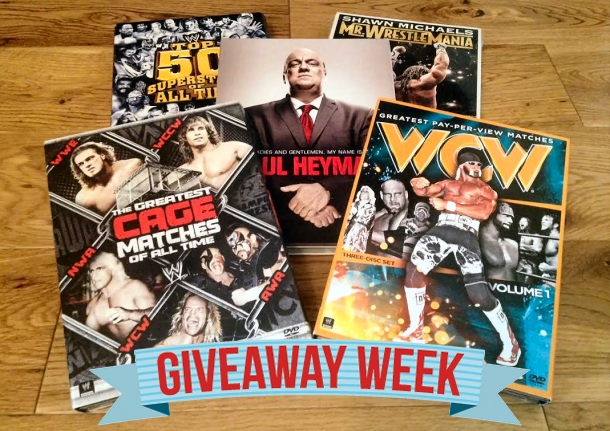 First up is a chance to win the “Top 50 Superstars of All Time” DVD – by simply telling us who your favorite WWE Superstars of all time is (past or present), and why.

Use the form below to enter. You can also find it on our Contact page.

In the Subject box please write “Superstars”. Be sure to use a valid email address because you will be contacted at that email address tomorrow if you are selected as the winner.