Below to watch is the intro video to “Signature Sounds: The Music of the WWE“. The DVD releases on March 18th and you can grab it for just $6.00 here on Amazon.com.

We can confirm, as speculated, that the main feature is a documentary style piece which counts down the top 25 entrance themes in WWE history.

Included are new and archive interviews with several WWE superstars and personalities, which as you can see from the exclusive screenshots below include Jim Johnston and Rob Van Dam. The “RVD – One of a Kind” track is number 13 in the countdown. 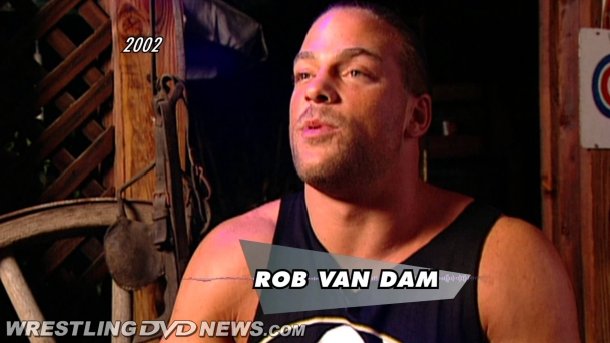 The DVD will be released to Australia via WWEDVD.com.au on April 2nd. It’s expected in UK/Europe soon after, through WWEDVD.co.uk.

WDN reader Joe Young sends along his observations so far of the music that has been dubbed over in WWE Network footage and which tracks have been restored.

It’s interesting to compare the difference in music inclusion between the Network’s streaming content and past WWE DVDs we’ve seen released. For example, the DDP and Chris Jericho WCW themes were intact on the DVD but they’re now censored on the Network. 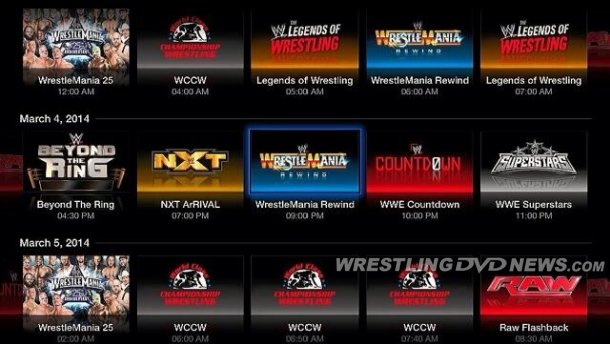 Also, on the same subject of audio, Jesse Ventura’s commentary looks to be present across the WWE Network, as are Michael Buffer’s ring introductions. As you know, those are usually removed from WWE DVDs. The crowd chants during Goldberg vs. Lesnar at WrestleMania 20 and the “F*** you, Cena!” chants at WrestleMania 22 remain intact. Chris Benoit is shown unedited with no cutaways of close-ups on him, nor positive commentary muted.

The following music tracks have been removed or dubbed over on the Network:

“Eye Of The Tiger” for Hogan

“Easy Lover” at Wrestlemania I

“Sweet Home Alabama” at Armageddon (They play a knock off version)

“The Fight Song” at Invasion

“Build A Bridge” at Survivor Series 2003

Flair’s theme is still dubbed over on Backlash 2004

“All The Things She Said” for Victoria

“There And Back Again” for Backlash 2007

The following music tracks have been restored and are present on the Network:

Both of Demolition’s themes

Both of Guerrero’s WCW themes

Undertaker’s “Rollin'” on every PPV!

“My Way” and “Glass Shatters” at Wrestlemania 17!

Jericho’s “King Of My World” on Survivor Series 2002

Van Dam’s “One Of A Kind” on some PPVs

Despite the WWE Network launch, there were some big DVD sellers on eBay in February. 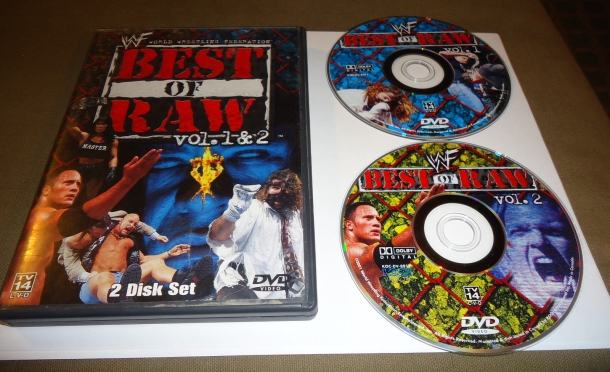 The following rare ones listed below are all ending on eBay TODAY and their bid prices are currently very reasonable, so do be look out for them: