We can now reveal some official details on WWE’s new Batista DVD!

As confirmed yesterday, the release date for this one is June 10th, 2014. The current working title for the set is “Batista – The Animal Unleashed“.

Below is the official synopsis for the new DVD and Blu-ray. 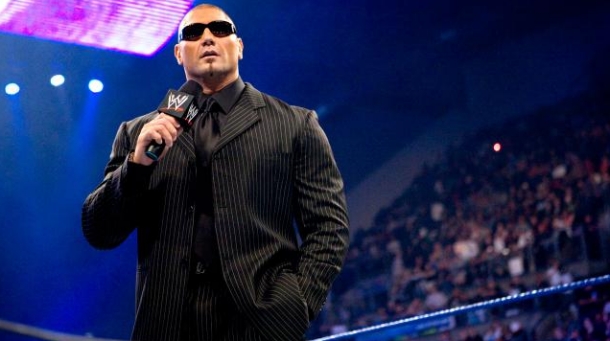 The Royal Rumble 2014 DVD and Blu-ray release today across the United States!

The DVD version is in stock here on Amazon.com for $17.94. The Blu-ray edition has temporarily sold out on the site, as of right now.

Also now available is “Wrestling’s Most…Crappy Gimmick” which you can get from KayfabeCommentaries.com on DVD and streaming On Demand.

The stars are back to count down your votes of the crappiest ideas wrestling has ever come up with. The experts at WrestleCrap gave us a list of their top 20 selections and you voted the list down to a precious, crappy 5!

What were the gimmicks that made us groan, laugh, or downright ashamed to be watching wrestling? Check out pro wrestling’s first countdown show as the season 2 stars rate your selections and share their thoughts on Wrestling’s Most… Crappy Gimmick!

Fancy winning one of these WWF Judgment Day 2001 DVDs?

To be in with a chance, enter our giveaway before it closes this Friday! Follow the 2 easy steps below to enter now using your Twitter account.

Tweet the following giveaway message by copying and pasting the text below.

As you’ve probably heard, Chris Benoit matches are present on the WWE Network.

The advisory notice shown in the image below is displayed before such footage, and as you can see it does not refer to Chris Benoit directly. 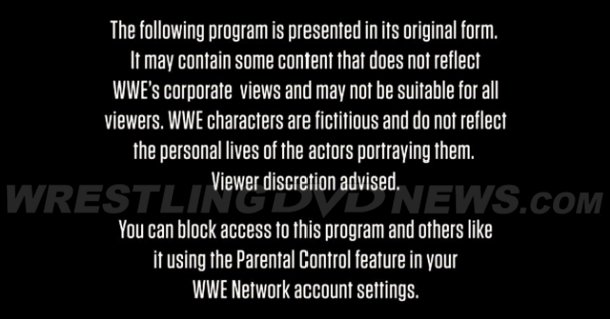 One documentary that likely will never end up on the Network is Chris Benoit “Hard Knocks”. A sealed copy of that DVD is being auctioned off today here on eBay.com.

These 3 other goodies are also ending today on eBay: