It’s confirmed for both DVD and Blu-ray formats. The release date is currently down as September 10th to the United States, and we should have some further exclusive details for you, such as the synopsis, over the coming weeks.

This week, K-Mart stores have the new WrestleMania 29 DVD on sale. The DVD is priced at $14.99, and the Blu-ray is also included in the promotion at $19.99. That runs until Saturday.

Anthony sent word of an edit to the Hall of Fame on the WrestleMania DVD. He notes that when attending the ceremony live in person, Vince McMahon while introducing Donald Trump to the stage showed a clip of Jesse Ventura interviewing Trump at WrestleMania 20. This part of the Vince segment was reportedly removed from the DVD version.

WWEShop are still selling the exclusive WrestleMania 29 DVD packages. Today only on the website you can take 20% off any order placed of $60+, with code “60TAKE20“.

Eddy Shepard and Shehzad Lakhani ?send word that they spotted the No Way Out 2012 DVD in the $5 bins at Walmart. As previously reported, Royal Rumble 2011, Greatest Superstars of WrestleMania, and Greatest Stars of the 90s were also found in there recently. 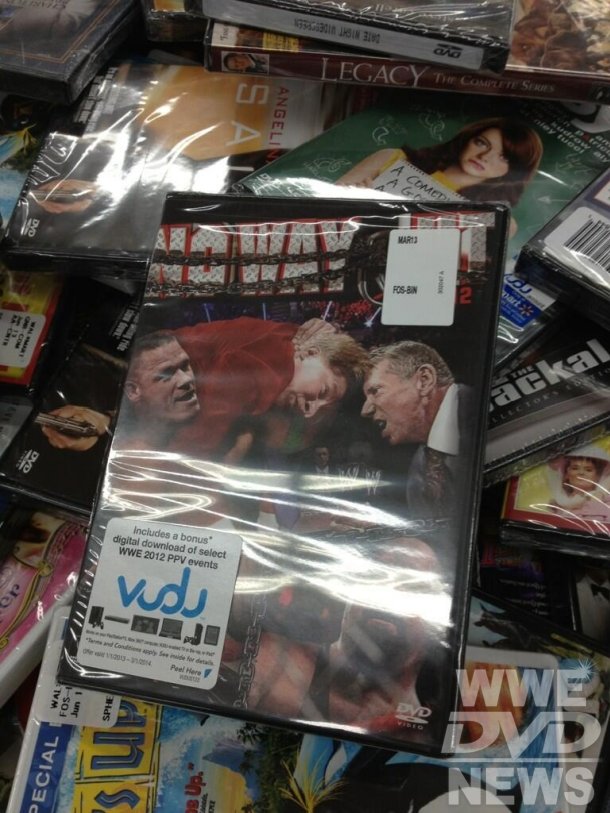 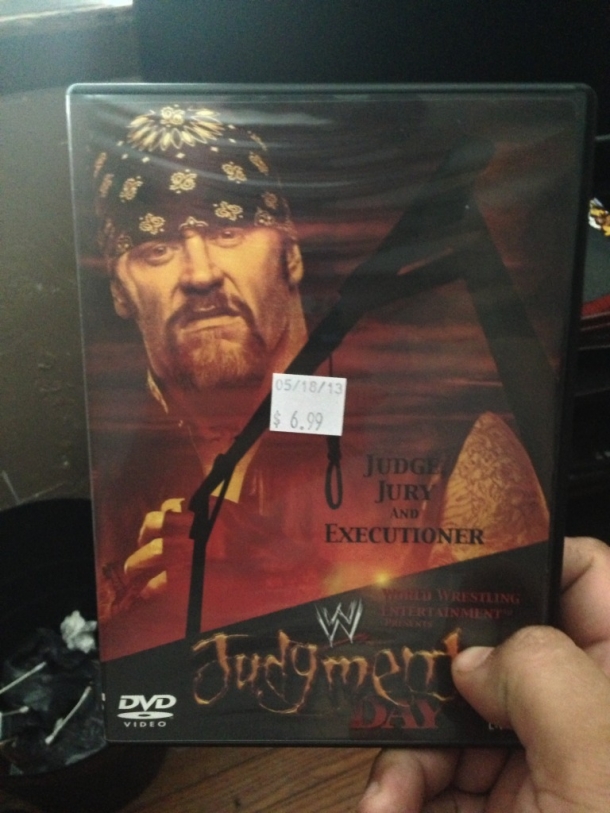 Brian Kraemer passed along another seemingly rare find. A version of the Before They Were Superstars 2 DVD, likely FYE exclusive, with Kurt Angle figure attached. This was found here on eBay for $7.99. There may be some in stores, so keep a look out. 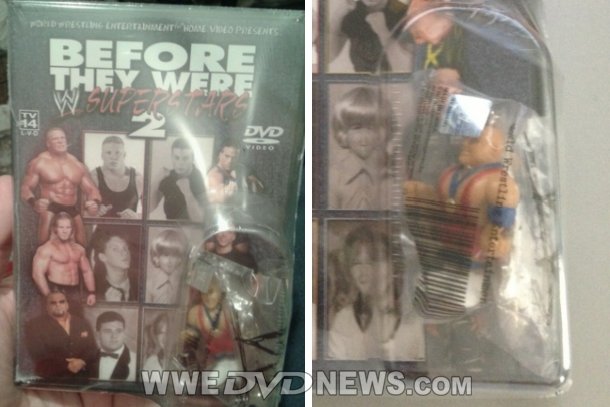