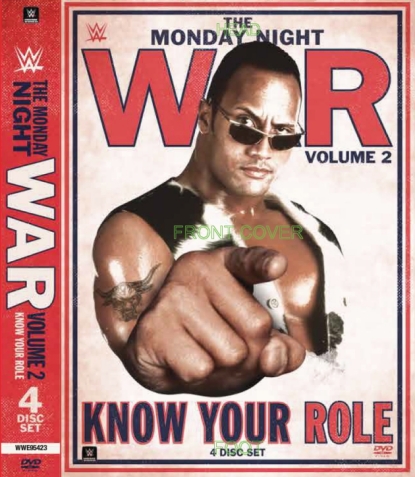 “The Monday Night War Vol. 2 – Know Your Role” is the next WWE Home Video to grace your collection, in stores next month as a 4 disc DVD and 3 disc Blu-ray set. The follow up to Volume 1, “Shots Fired”, will feature the remaining 10 episodes of the WWE Network series.

Before then, WrestlingDVDNetwork.com gives you an exclusive first look, because we’ve got our hands on plans for the DVD’s artwork and the insides of the Digipak – take a look!

As you can see on the back cover, the company is hyping up the exclusive Eric Bischoff interview segments (included as extras after each episode), with the following:

For the first time in eight years, ERIC BISCHOFF returns to WWE home video and gives his candid and unscripted commentary on the final ten episodes of The Monday Night War in a post-episode analysis. 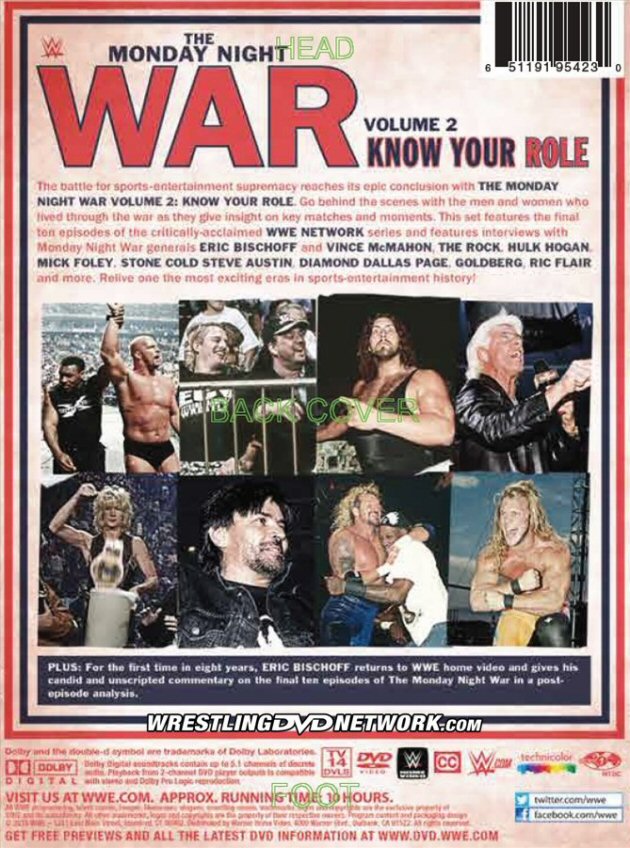 – Australia: Pre-order a copy now via WWEDVD.com.au for September 2nd.

– USA: Pre-order yours now here on Amazon.com for September 8th.

– UK/Europe: Pre-order it now from WWEDVD.co.uk for October 5th. 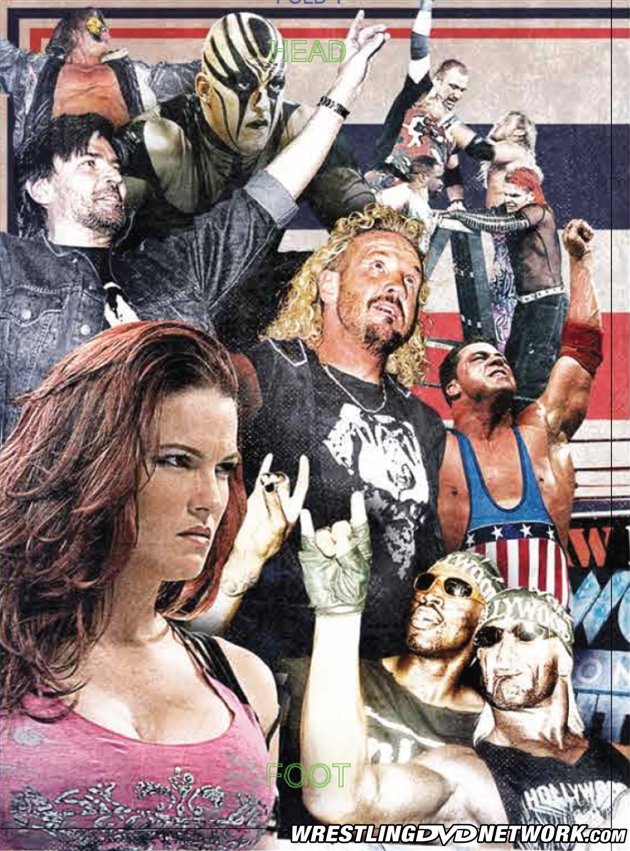 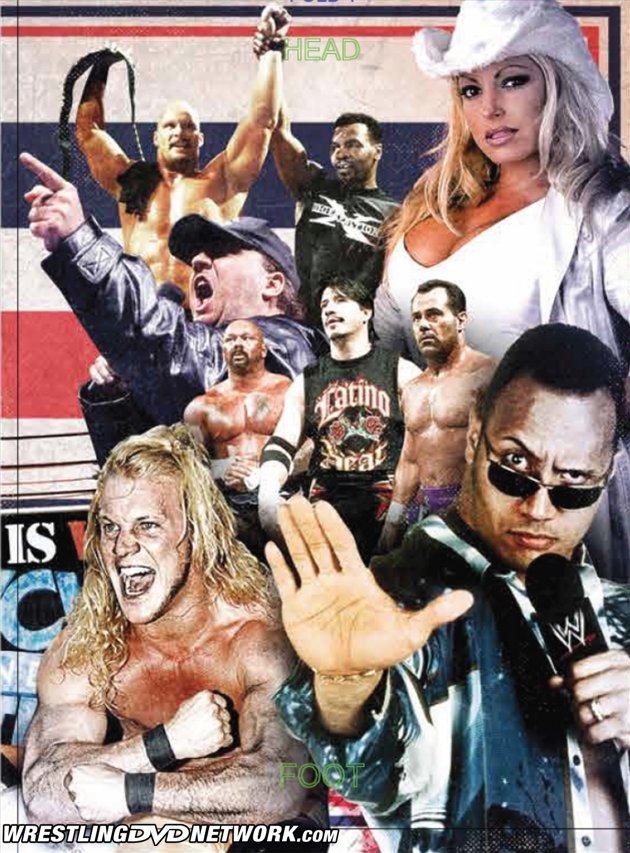 FREE SHIPPING: Heads up, there’s FREE shipping on all WWEShop.com orders TODAY ONLY!

Until midnight EST tonight you can eliminate WWE’s pesky shipping costs on ALL orders, including the latest DVDs, Blu-rays, and other merchandise. Simply click here to WWEShop.com, select a product, and use code “FREESHIP” at checkout before this rare deal expires.

Take a look at our WWE DVD Release Dates page and you’ll find that it has been recently updated with a complete rundown of release dates scheduled from now until the end of 2015.

We can confirm that the rumored return of the “Superstar Collection” DVDs is a plan for at least one overseas market but as of right now there are no indications that a Superstar-themed series will hit the United States this year, instead only those titles listed on the Release Dates page.

Before then, place your bids on these 2-pack WWF DVD goodies ending today…